Eliot Golay: “These YOG, something sick” 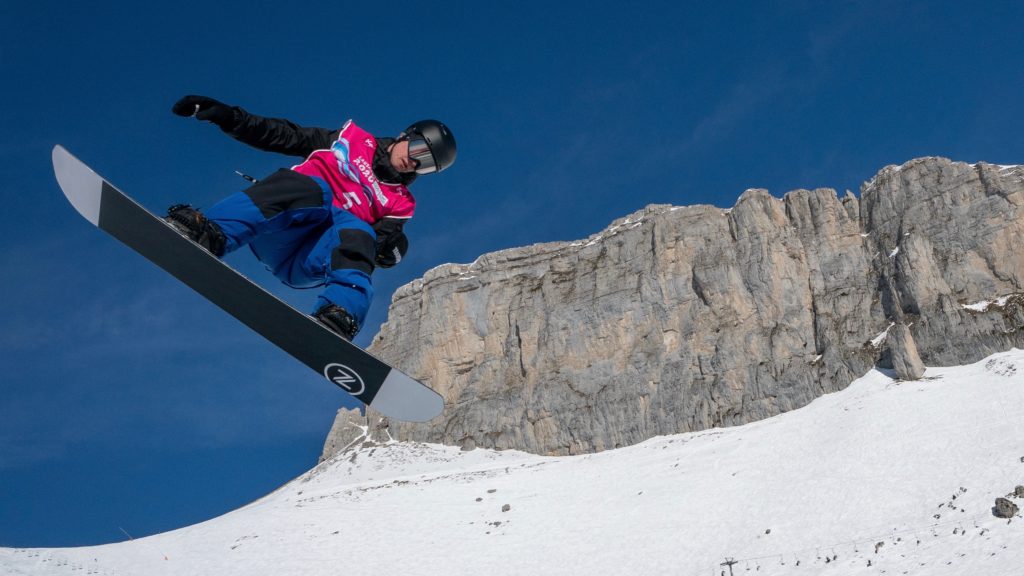 In the finish area of ​​the Leysin halfpipe, Eliot Golay struggles to contain his joy. In front of his relatives, who provided the atmosphere, the rider of the Vallée de Joux takes advantage of the moment. “This is the best experience of my life and it will stay in my head.” The 16-year-old Vaudois just finished the final in 8th place. A feat when you think not only of the incredible level of this competition and Eliot Golay has only been snowboarding for five years.

“Surreal”, “unimaginable”, “crazy”, “sick thing”, the Combier connects adjectives to describe the emotions experienced during this day. “I never expected to reach the final, and I qualify. And I’m not even last in this final, “he laughs, saying” super proud “of his first final run which took him to 8th row achieving an unprecedented figure for him, a cab 7 for purists. “I had done it only once in training and there I managed to tackle it from the very first attempt in competition.”

The European Cup before the Junior Worlds

Eliot Golay lived a memorable week, an experience that motivates him to work even more to progress. “As long as I don’t hurt myself. When I am not injured, I know that I can quickly progress ”, continues the Vaudois who will take part in the Crans-Montana European Cup competitions this weekend, before eyeing a selection with the Swiss team for the Junior World Snowboard Championships in Saint Lary in the French Pyrenees at the end of March.

In awe of the flying Japanese

Expected in the Chablais resort, the Japanese held their rank of favorites. Ruka Hirano won in front of his compatriot Kaishu Hirano. The two Japanese kamikazes, who are not related, provided a breathtaking spectacle, worthy of a World Cup competition, confirming that Japan certainly has the best team on the planet in the discipline, and this to all levels. “The secret of the Japanese success in halfpipe? Simply, a lot of work, ”says Kaishu Hirano timidly.

The two Japanese delighted, by their talent and their sympathy, the other athletes who were able to rub shoulders with them. “It’s crazy what they offer,” admires Eliot Golay who was able to sympathize with. “You live with them, you chat, there is no pressure. Everyone welcomes, is encouraged. At Vortex, we have fun together. Frankly, the atmosphere was great. ”

On Leysin’s magnificent pipe, Gian Andrin Biele also managed to show his full potential. The Grison placed 6th in the event. “It’s a superb performance for me,” he admits, having been “surprised” to find himself 2nd after qualifying. “It didn’t put me under pressure because I knew the level was extremely high. Unfortunately, I couldn’t get the run I wanted in the final. ”

Believe in Champions League stunt: “Little pretentious, but we are mini Ajax”

Olympique Lyon reflects the dream season of Ajax in the Champions League. Chairman Jean-Michel Aulas thinks that both clubs can be compared, he says...
Read more
Sport

Wrote:Tariq TalaatTuesday 25 February 202001:48 PMPitsu Musimani, coach of the South African champion Sundowns, spoke about the absences that struck his team before the...
Read more

Trump on Weinstein trial: verdict “great from the perspective of women”

The president pointed out that he did not know all the details - but he had no sympathy for the ex-film mogul. Weinstein "is...
Read more

Updated on 02/25/2020 at 00:05 The Chinese company Huawei Monday launched its latest folding smartphone, the first of the brand to be available internationally...
Read more

Publica launches climate-efficient stock index Tuesday, 25.02.2020 Publica believes that it will be able to significantly improve its management of climate-related risks and opportunities. Tailored...
Read more

250,000 euros of work to strengthen security at the Saint-Omer court