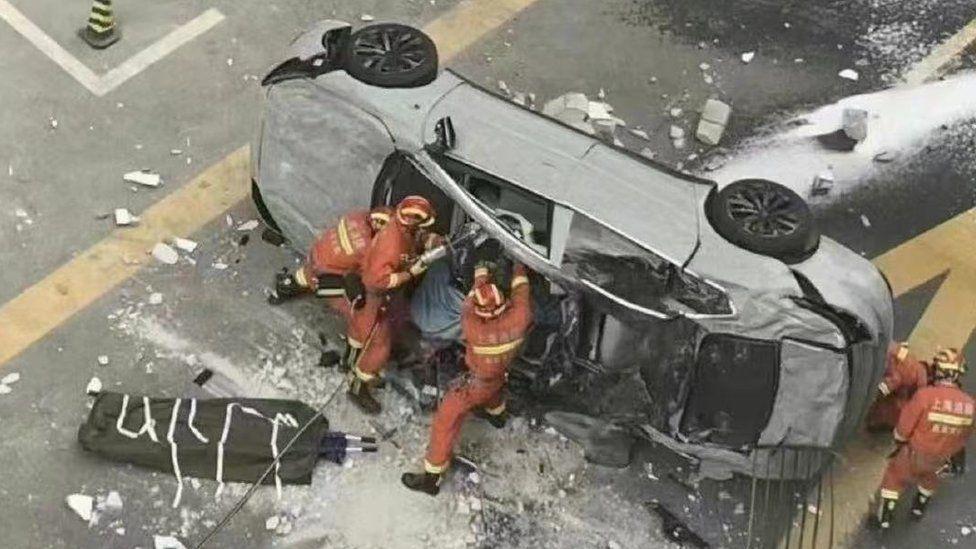 An electric car from the Chinese brand Nio has inexplicably crashed from the third floor at the manufacturer. The two occupants were killed.

Chinese car maker Nio is Tesla’s major competitor in Xi Jinping’s country. An electric Nio car is an entrance ticket to a select and desirable club† The fact that two employees were brutally killed in a spectacular accident at the Shanghai headquarters is therefore very bad advertisement for the company. Moreover, Nio brought even more mischief on himself with a numb press release.

What exactly happened is still unclear, but it is certain that a brand new ET5 model crashed from the third floor on Wednesday evening. Two occupants, who had to test the car, were killed. The company expressed its condolences and promised support to the affected families of the workers, but the same statement also reads that they “can confirm that it was an accident (not caused by the vehicle).”

That clause provoked furious comments from Chinese users of the social networking site Weibo. Numb and cold, they thought. Nio edited his public statement and put the clause in brackets, BBC News writes. It’s probably an attempt to be more tactful.