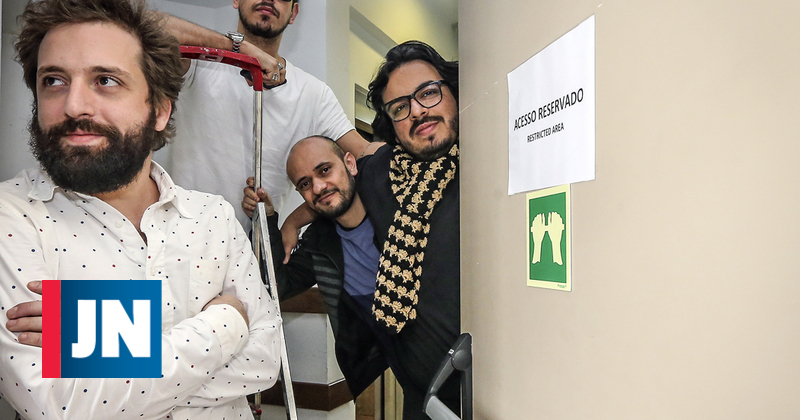 The man identified by the Brazilian police as one of the suspects in the attack on the headquarters of the producer of the Brazilian comedy group Porta das Fundo was expelled from the Brazilian Integralist Front (FIB).

“After the efficient investigation of the Rio de Janeiro civil police, we were surprised by the revelation that Mr. Eduardo Fauzi was appointed as one of the perpetrators of the criminal attack on a building in Rio de Janeiro.”, begins by referring to the organization in a statement posted on its website.

The same note states that “the FIB National Board of Directors, at an extraordinary meeting, decided irrevocably to expel him from the ranks of the FIB” and urges members “to have information that may assist in elucidating the case to cooperate with the FIB. law enforcement authorities “.

This organization, which is one of the main nationalist and far-right groups in Brazil and which defines itself as a defender of Christian values, private property and the family, also took the opportunity to draw attention to the suspicions about Eduardo Fauzi.

“The unfortunate episode makes us reflect on the importance of greater zeal and better education among those entering the movement.”, claims the FIB.

According to Spanish news agency EFE, the businessman has been affiliated since 2001 with the Liberal Social Party (PSL), the political force that Brazilian President Jair Bolsonaro came to lead and was elected to by the end of 2018. However About two months ago, Bolsonaro left PSL for disagreement with other leaders and announced his intention to form a new party.

Police in Rio de Janeiro today identified one of the suspects in the attack on the headquarters of the producer of the Brazilian comedy group Porta das Fundo, having carried out a search operation, but the man fled.

Authorities said they searched two home addresses this morning and two commercials linked to the suspect, who was identified as Eduardo Fauzi Richard Cerquise.

“We monitored the vehicles used during the attack. The identified perpetrator left one of the vehicles during the escape and took a cab. A 30-day temporary arrest warrant was issued against him, which, during the investigations, may be renewed.”, detailed the Civil Police on the social network Twitter.

During the search, the agents seized 119,000 reais (26,000 euros), ammunition, a fake weapon, computers and a nightgown of a “philosophical and political entity”.

According to authorities, the man identified was the only one of the five suspects not wearing a hood at the time of the attack on December 24.

To identify him, police used images from more than 50 local security cameras, according to the G1 news portal.

“Eduardo [suspeito identificado] It has a violent, antagonistic profile. He has books linked to the Christian religion and Islam. He is a businessman, from an upper middle class, “said Police Chief Marco Aurélio de Paula Ribeiro, quoted by the news portal.

In the early hours of December 24, on Christmas Eve, the headquarters of the Back Door was the target of an attack that did not cause casualties.

In a statement, the producer condemned “all acts of violence” and said it hoped “those responsible for this attack will be found and punished.”

On December 3, the producer launched a Christmas special on the Netflix platform, titled “The First Temptation of Christ”, in which Jesus is represented as a young man who has had a homosexual experience and also insinuates that the biblical couple Mary and Joseph lived a love triangle with God.

The 46-minute satire, starring Brazilian comedians Gregorio Duvivier and Fábio Porchat, did not please religious groups, who criticized the issue.

A petition against the film was also launched, with more than two million signatures from people who consider the work to “seriously offend Christians.”