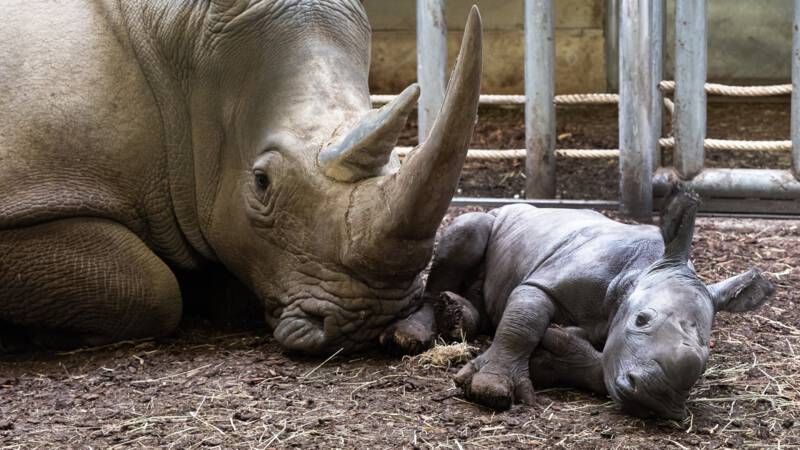 The baby rhino is the fourth young of 17-year-old mother Izala, who moved from Sweden to Arnhem in 2013. Izala’s pregnancies are special, because earlier in the Swedish zoo Kolmården it was not possible to get her pregnant.

According to Burgers’ Zoo, Izala did not develop a cycle, probably due to stress. Izala lived with her dominant mother, which led to “social hormonal suppression,” Burgers’ Zoo biologists now say. Since the female has been in Arnhem she gives birth successfully.

The newest addition to the zoo will remain in the stable for the foreseeable future. There the animal can get used to people quietly. “Weather permitting, the animal will soon go outside with its mother, where it will spend the first months in a large outdoor enclosure behind the scenes,” says the zoo.

The rhino population is declining rapidly in the wild, because the animals are hunted. In Europe, a breeding program for broad-lipped rhinoceroses is running in 84 animal parks. Ten to fifteen animals are born every year across Europe.

The Arnhem Zoo is one of the most successful rhino breeders. Twelve broad-lipped rhinos have been born in Arnhem since 1998. This puts it in the top five of most successful breeding programs in Europe.