‘Do I really want to shake Putin’s hand? Yes.’ Bob Hartley on the virus, hockey and politics 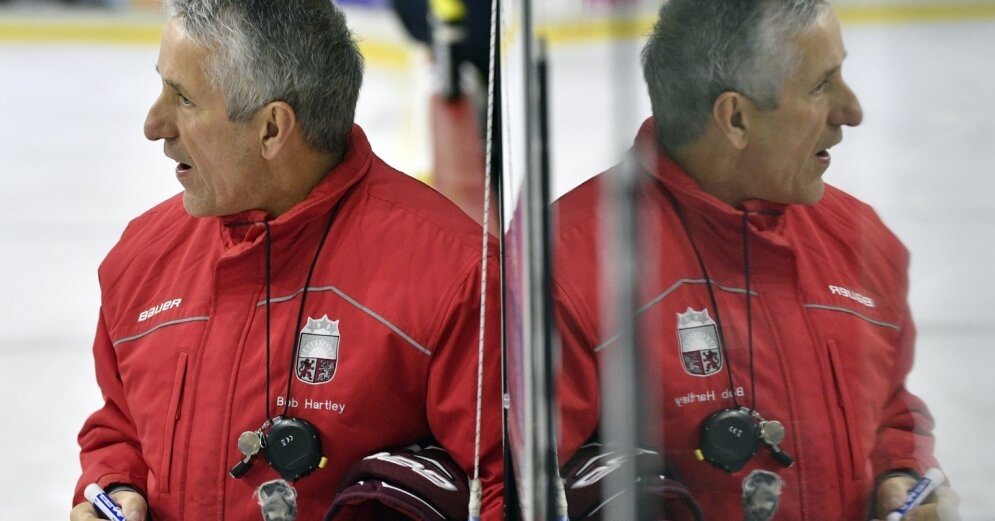 Next spring, the world championship is scheduled to take place in Latvia and Belarus. You have probably heard that the Latvian government called for the tournament to be moved from Belarus to another country. What are your thoughts on this whole situation?

That is politics. We know what is happening in Belarus at the moment – it is every day in the news. And there’s no good. What will the International Hockey Federation (IIHF) do? It will definitely be under pressure from around the world. Whatever the decision of the IIHF is in the end, we will have to live with it and respect it.

The Avangard team consists of three Belarusian-born hockey players – Andrei Stass, Nikita Komarov and Kirill Gotovets. Have you ever talked to them about this topic?

Yes, we have talked. Honestly, no one has a positive view of what is happening in Belarus at the moment.

Wherever the World Cup takes place, NHL players are unlikely to be able to take part. How will this affect the chances of the Latvian state unit to achieve a good result?

We do not know anything at the moment. Some say the NHL season will begin, but some say it won’t. Seven or eight ECHL teams have already declared that they will not play. What will happen to the American Hockey League (AHL) and the NHL? You know, let’s forget about hockey, the whole world is currently living day in and day out! I functioned the same way. I have long-term plans, but … I arrived in Omsk on July 15, but my wife is still in Canada. And we are not the only ones who have to live apart. The world is now upside down. If NHL players are available in the spring, we will play with them, but if not, we will open the door for other hockey players.

As in the Beijing Olympic qualifiers, which should take place in August 2021.

Exactly. The million-dollar question now is: how soon will we be able to defeat or limit the coronavirus? Once we know the answer, we will be able to put it aside and return to at least a partially normal routine. Then we can talk about the World Cup and the Olympics, KHL and NHL.

In an interview in the autumn, he said that he was not following politics, but you had seen Russian President Vladimir Putin play hockey and score a goal. Say it would be your dream to meet him and shake hands. Is it really?