Divorce between John Chayka and the Coyotes

This is what the National Hockey League (NHL) team said in a brief press release on Sunday.


“The team are disappointed with their actions and with the timing they chose as the Coyotes prepare to enter the bubble city of Edmonton, where the club will play playoff games for the first time since 2012 , can we read in the missive. Chayka has chosen to leave a strong and competitive team, dedicated staff and Coyotes fans, the best in the NHL. ”

There were three full seasons left in the deal between the GM and the Arizona team.

The Sportsnet network revealed on Saturday that relations were strained between the team’s management and the GM since the latter had received an offer from another team. The club owners have also chosen to remove Chayka from negotiations with star striker Taylor Hall, who is due to become a free agent at the end of this campaign.

Moments after the release of the Coyotes’ release, Chayka did the same.

“The past four years have been the most enjoyable of my life. In Arizona, I became a husband and father, and worked as hard as I could to make the Coyotes Stanley Cup contenders. I love our players, coaches, employees and fans. I would really love to be with the team in Edmonton. Unfortunately, the situation created by the owners made this reality impossible, ”explained the youngest GM in NHL history.

“That’s all I’m going to say for now,” he continued. A more detailed explanation will be needed in the future. In the meantime, I wish the Coyotes the best of luck in Edmonton ”.

Steve Sullivan will replace Chayka. The latter occupied the functions of deputy to the CEO. He obtained the status of Acting Director General. The “Yotes” also indicated that they would no longer comment on this situation and that they would only focus on “the opportunity to win the Stanley Cup”.

The Coyotes face the Nashville Predators in the NHL playoff qualifying round starting August 2.

Covid, even homeless people vaccinated in the Vatican

Buying insurance for your child can’t “buy like this”. Be careful when your child grows up, you can no longer take out insurance! | Masters | Sanli News Network SETN.COM

How Will Companies Restart Production? – Variety

St. Georgen i.Schw .: Cyclist crashed into the stern of a panda in St. Georgen – minor injuries – police are urgently looking for witnesses Can coronavirus survive in the freezer? “It won’t go through … 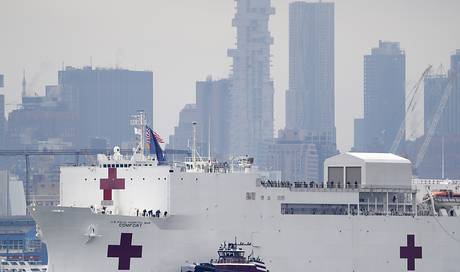 Ubisoft will release three AAA games from September to December 2020 and two from January to March 2021.