“Due to the corona pandemic, the course of the 2020 budget year turned out to be very volatile, difficult to calculate, and even unpredictable,” said Paul Renz (CDU) in his parliamentary group’s statement. In November there was still a loss of 1.5 million euros. “We were therefore very surprised when the administration announced a positive result of 10.3 million euros, which has now been confirmed in the annual financial statements,” said Renz.

In view of the high level of investment required, this is a positive development. It strengthens Pillar 3 “Financing from budget surpluses” of the financial strategy. “And if the budget trend in 2021 solidifies as it currently appears, we will also see certain leeway for the upcoming deliberations on the 2022 budget,” he explained.

Ulrich May (Free Voters) spoke of “one of the best degrees of the decade”. Only in 2011 the surplus was even better at 10.9 million euros. “In difficult times, this good deal is a very positive ray of hope, because we still have huge investments ahead of us,” said May. The increased liquidity is therefore “really good”.

Looking at 2020 as a whole, May noted that the county’s finances are still in order, but vigilance is required. Because: “The reserves have been used up. We need the sum of 23 million euros in reserves listed in the annual report for the transfer of authorization with 24.7 million euros, in particular for the ongoing construction work: vehicle workshop in Rheinfelden and construction of the second district office, ”said May.

As a result, the adjusted liquid funds will decrease to the minimum liquidity.

Bernd Martin (Greens) said that the promise “The state government will not let the municipalities and districts down” had been kept. This will also happen for the current year and for the next year. “This is what all the parliamentary groups here in the district council and the district administration are calling for in unison.

However, if the opposition in the state parliament and the state audit office, as has been read in the past few days, call on the state government to save and no longer take out loans, this hardly fits the demands from our municipal level, the corona-related loss of income in this and the next Year to compensate, ”he said.

Klaus Eberhardt (SPD) emphasized that when considering the budget, the refinancing of the district, the district levy, always plays an important role. “The reference to the relative quota in 2020 of 36.94 percent cannot convince us as a parliamentary group, considering the actual absolute values ​​of 104.1 million euros in 2019.

In this respect, a stability of the district levy rate must be striven for again for the upcoming budget year 2022, in which we can expect even greater economic consequences due to the corona pandemic, ”he said. This seems feasible if one considers above all the developments in the additional income in the real estate transfer tax and the excessively high rates for personnel costs and building maintenance from the previous year.

The leader of the FDP parliamentary group, Manuel Karcher, recalled that the management committee last week spoke of a “positive result for 2020”.

In the latter, however, the loss was forecast to be higher.

Wolfgang Fuhl (AfD) said that the 2020 annual financial statements with a result of more than ten million euros would be a good basis for the next, very difficult budget years in the district and the municipalities. With this result, the district will be able to plan the next two years with a negative result in order to accommodate the communities as much as possible with the district levy.

All annual financial statements were unanimously adopted in the district council. There were no votes against or abstentions. 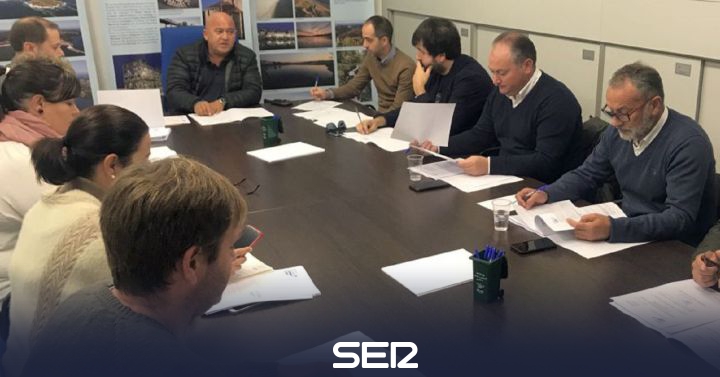 The president of the As Mariñas Consortium, summoned to testify on April 9 | Radio Coruña

China imposed sanctions on US politicians