Showdown in the fire brigade dispute: the dispute between the district fire council and district fire inspectors has reached the next level of escalation. What happened now.

Again it is a letter that causes a stir in the top management of the Würzburg district fire inspection. This time the letter comes from the Würzburg district office. It is signed by the chief firefighter in the district. The addressees are the district fire inspectors (KBI) Winfried Weidner, Heiko Drexel, Mathias Olbrich and Christian Neeser. What does the boss want to get rid of?

Dissatisfied with the communication of the district fire council

The dispute between District Fire Councilor (KBR) Michael Reitzenstein, who is responsible for 112 fire departments in the district of Würzburg and for the plant fire department at Südzucker, has been smoldering for some time. What it is about is difficult to pinpoint. In general, the KBIs are dissatisfied with the communication. They feel ignored in decisions of the district fire council and accuse Reitzenstein that he is not ready for any constructive cooperation with them. They do not question his professional competence.

District Administrator Thomas Eberth (CSU) has had many discussions. Also with the district fire supervisors (KBM), who are one level below the inspectors in the hierarchy. They wish, as Eberth summarized it in a letter dated August 14th to the KBIs, “that calm has to return to the discussion about the fire brigade management of the district”. All KBMs agree that communication between the management levels should be improved.

Eberth and Reitzenstein see the fact that this letter finally reached this editorial office and that the conflict became public as a breach of trust. The consequence: District fire chief Reitzenstein initiates a recall procedure for all four.

There are also complaints about a lack of appreciation

“It was all a shock for us,” says Winfried Weidner, who was appointed district fire inspector on January 1, 2001 and who has not owed anything in his entire career as a fire service. Weidner doesn’t want to say anything more about it first, but rather talk to his colleagues first. Christian Neeser and Heiko Drexel also do not give any statements.

Mathias Olbrich is a little clearer. For him it was never about technical issues, he says, but about communication and appreciation. “You are not able to talk to each other.” How well-deserved firefighters are dealt with, Olbrich thinks of his colleague Weidner, is “shameful”.

Only two KBIs come to talk to Reitzenstein

On October 1st, District Fire Chief Reitzenstein sat with the KBIs. His invitation to the interview “was unfortunately only accepted by two,” he said when asked. “From my point of view, it was nevertheless a very constructive exchange of views, which I would have liked to have had with all four KBIs.” At the end of our conversation, I promised both of them that they would be informed of a recall by telephone. “He did not call, instead gave it unpleasant post.

“Because this is not a dismissal, but rather a hearing,” explains Reitzenstein. The KBIs can now express their views until October 21. District Administrator Eberth, with whose consent he initiated the procedure under the Fire Brigade Act, says: “The door is not yet closed. A crack is still open.” Eberth discussed the situation on Monday in a closed session with the members of the district committee. The opinion was completely different, it is said from the participants. However, no one has spoken out directly in favor of the recall of the KBIs.

District Administrator: The district fire chief has also made mistakes

Why the letter addressed to him became public – that is still a mystery to Eberth. “Was that a targeted action, an oversight, an attempt to overthrow the district fire chief?” He is now hoping for clarity from the hearing. “This is not only a step that is necessary in the run-up to a recall, but also an attempt to find out what the KBIs wanted to achieve.” But he is also aware that the district fire council made mistakes. “Maybe a lot of mistakes”.

“The door isn’t closed yet.”

The reaction of the fire brigade commanders should now be exciting. To what extent do you support your KBIs? Or do you stand by the district fire council? That will certainly be discussed heatedly at a service meeting to which Eberth will soon invite all commanders.

This is how the district fire inspection in Würzburg is structured

There are a total of 113 fire brigades in the Würzburg district. 112 of them are voluntary local brigades. In addition, there is the Südzucker plant fire brigade in Ochsenfurt. These fire brigades, in which almost 6,000 volunteer firefighters do their job, are looked after by the district fire council. He is practically the top chief of all fire departments.

The district fire inspectors are each assigned three area district fire officers (KBM). There are also so-called specialist KBMs who are responsible for training, respiratory protection, digital radio or operational planning, for example. They report directly to the district fire council. 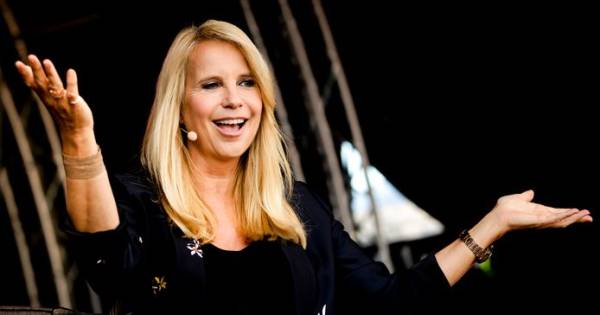 New York: a restaurant mistakenly serves a grand cru to its customers