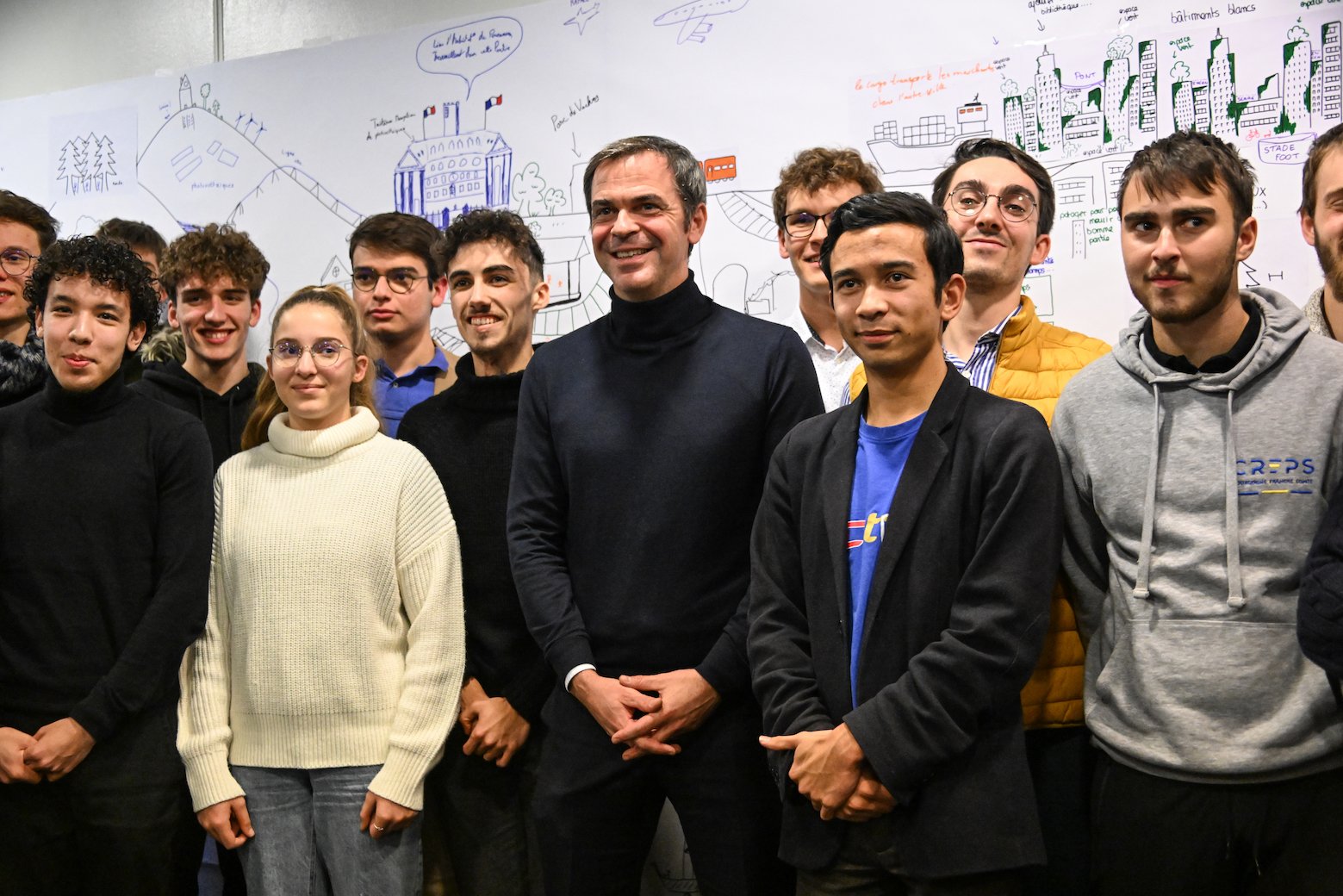 This Monday, December 5, at the Palais des Congrès, the Minister for Democratic Renewal was categorical: “We must reconcile those who want to act immediately for the climate and those who don’t”.

This Monday, December 5, 2022, Olivier Véran, minister delegate for democratic renewal, was on his way to Dijon. When he came to the Palais des Congrès, he was able to meet the high school students of the Lycée Hippolyte Fontaine and the students of the ESTP as part of the national consultation “Our energy future is decided now”.
The opportunity for these young people to share their ideas and ask the minister very relevant questions.

Should only light electric vehicles be subsidised?

“When a car is heavier to have a heavier range it ultimately consumes more. I invite you only to examine the issue before us. We are already telling people that we will have to move to a world where we no longer fill up at the pump and where we will have cars that are more limited in terms of range. We risk losing many people.
Public policymaking is about ensuring that the decisions we make are acceptable. We are always in the balance when making public policy decisions when they impact people’s daily lives. I had the misfortune to say (but I assume it) last Wednesday at the exit of the Council of Ministers that “We will have to do energy sobriety and above all in moments of peak energy consumption, otherwise it will not pass. “. You would see in my Instagram DMs (private messages) that some French people believe that we shouldn’t ask anyone.
And so you have today two camps which are not opposed but which do not meet. You have yours, which is the field of “we need systemic transformation, profound reforms, we have to go very fast, we have no more time for half measures, we have to balance everything now. “. And you with the field of people who consider the climate transition to be important, that we have to be careful of the planet, that summer is hot and that fires are a little scary, but in the end “we don’t have to wonder. We need to reconcile the two and that is what we are trying to do. I don’t think we are mature enough today to suggest subsidizing only light electric vehicles, but my prediction is that we will get there.

The TGVs have reduced their electricity consumption by 10 to 15% with home automation alone. We need to develop rail freight transport, transport more goods by train and less by truck. But even there, political decisions are not easy. I, who am an MP for Grenoble, have been fighting for 15 years to have a tunnel/railway lines between Lyon and Turin but you have a good number of ecologists who come and tell you that the works must not be done. And others who will tell you that if we don’t do the work, we can’t widen the tracks and suddenly we can’t run the high-speed trains and therefore we will continue to have the trucks. It’s been 15 years with no progress.

“We will transform the existing lines into RER so that instead of staying on the tracks for 45 minutes, we will have a RER every 15 minutes. This will change the uses a lot. »

“We are investing 250 million euros to develop cycle paths and finance the purchase of pedal assisted bicycles. »

“We will move towards energy expansion because tomorrow it will cost us more electricity to transform our industrial model than it costs us today. We will have to consume a little more energy if only to decarbonise our industry. For this reason we are also developing energy resources such as nuclear power and renewables, in order to be able to meet needs. »

At the heart of the great consultation

“Today I am here in Dijon as part of the major consultation that we have opened on the energy transition on the theme “What will my electricity consumption be tomorrow? “. Let civil society actors, experts, elected officials, young people work together… I was also this afternoon with high school and university students who worked and thought about proposals that would seem important and who want to share. And it is from this exchange that a certain number of proposals must arise that the government intends to carry out on its own within the framework of some important deadlines ahead of us when it comes to climate transition.First, France will adopt a French strategy for ecology and climate that will give the main guidelines for the coming years.We have a goal: carbon neutrality by 2050.
Then within a year we will have the adoption, for the first time in our country, of a programmatic law on climate and ecology. That is to say, like the army, like research, like the internal security forces: the climate will have its own multi-year budget. This will resolutely commit France to actions of profound reform, of profound transformation of our way of producing and consuming energy. »

“These exchanges with young people have been very interesting. First of all, young people are super committed to the climate. Secondly, they are much more knowledgeable than some would like to imagine. They follow the debates a lot and they want profound transformations, they don’t want “measurements”, they want things that go very far and very fast. It is always very gratifying to dialogue with young people because I am satisfied that most of the proposals they have made to us are proposals that we follow. Maybe not with the same breadth and with the same speed and I tried to explain to them.
We must not rob people, we must transform while being able to remain inclusive. If we were to transform society overnight, there would be people who would feel out of place and who will oppose. It would break society when we need unity and solidarity at a time when we have this goal which is to unite us all, which is to take care of our planet. These exchanges with them have made it possible to reconsider some commonplaces, such as when they say that the climate convention has not produced anything, while if today there is no more single-use plastic it is because there is a citizens’ convention for the climate. »

“We want to get ideas from young people. I also told them that I think it would be useful if they could also address the less young. That is to say that the energy transition is not the business of the new generations, it is the business of the entire population. There are many elderly people who pay attention to their way of consuming but it is evident that it is the new generation that moves the most. So rather than giving a speech about “Boomers VS the Young”, we need to have the approach of going to talk to the older ones to embark on the adventure with us. » 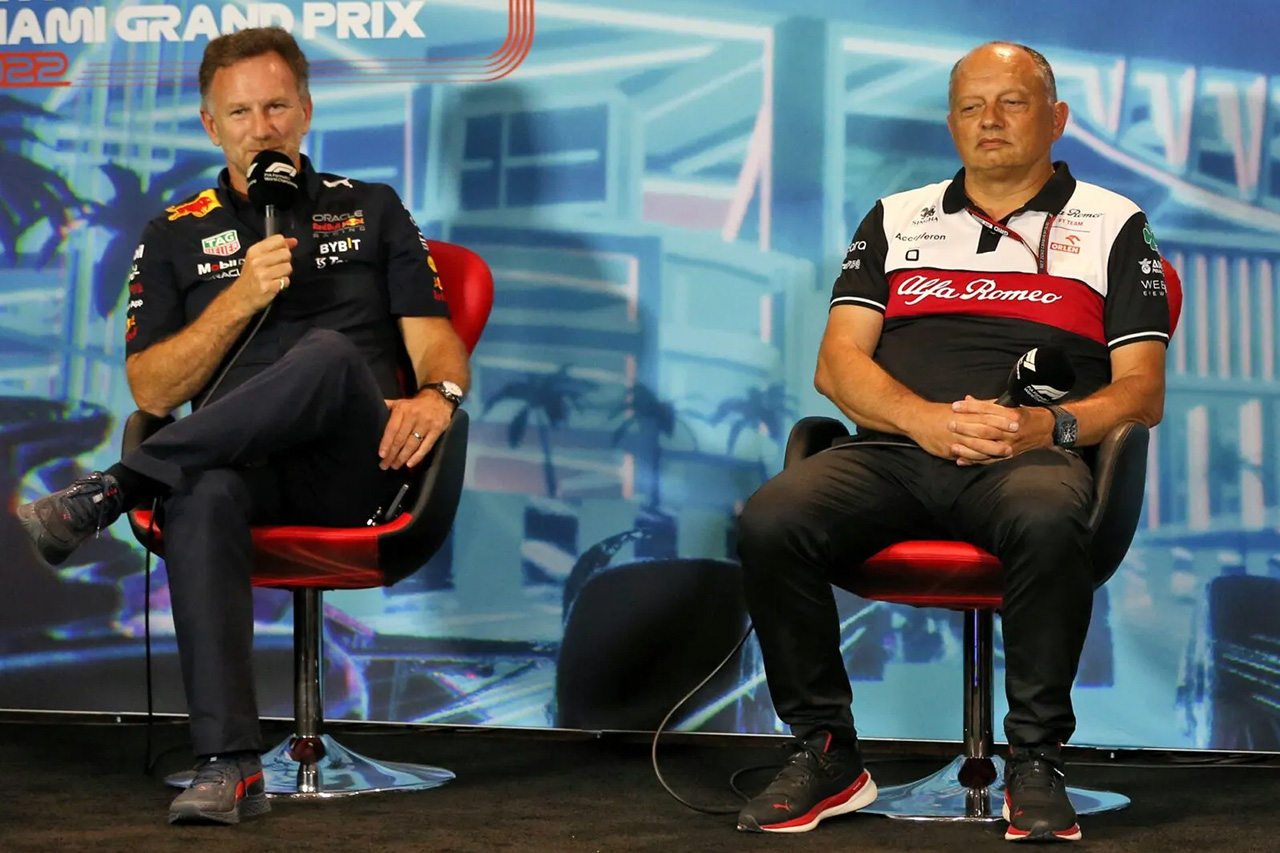 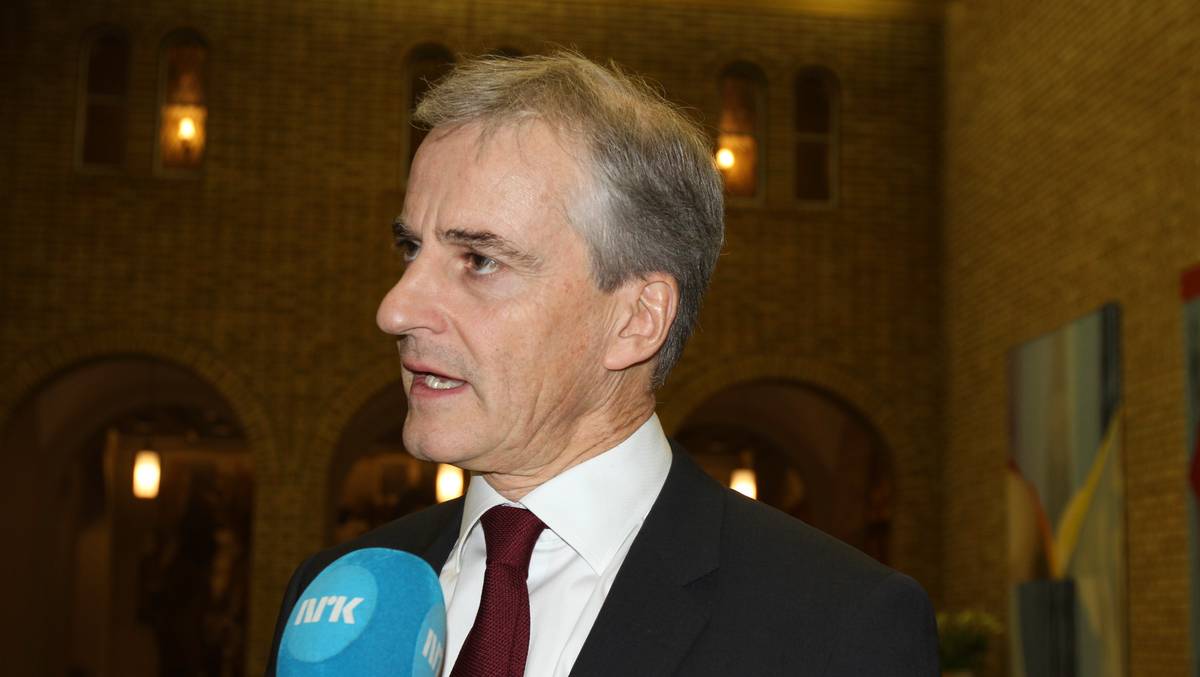 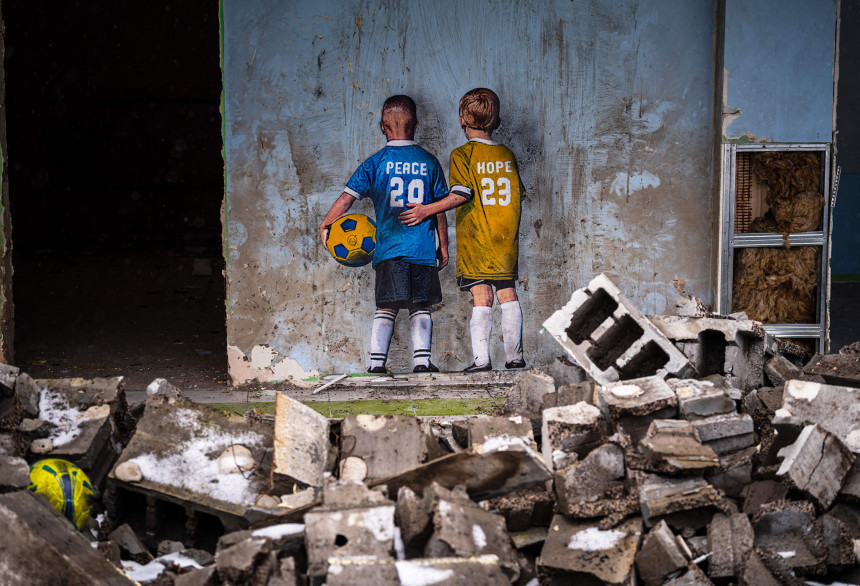 The 344th day of the Ukrainian war. Latest information [papildināts 12:12]

Osakidetza will telephone 27,000 people over the age of 80 to receive the fourth anticovid dose 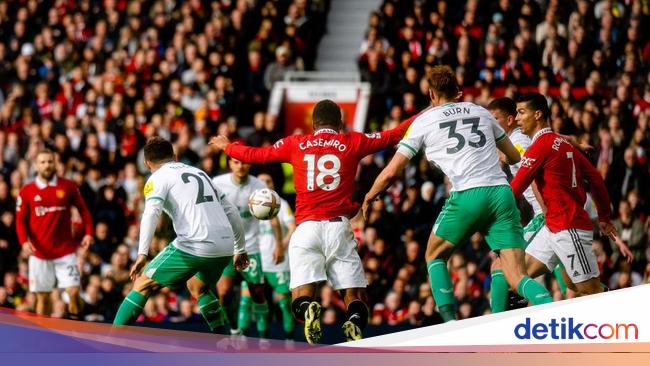 MU Track Record vs Newcastle United in the Final

Film premieres: A Man Called Otto, Asterix and Obelix: The Middle Kingdom, The Island, Plastic Symphony, Someone Knocks at the Door or The Mummy 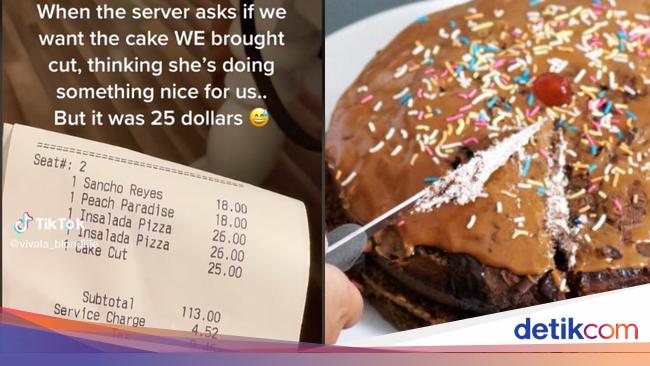 Cutting a Cake at a Restaurant, This Customer Was Surprised to Be Billed at IDR 374,000! 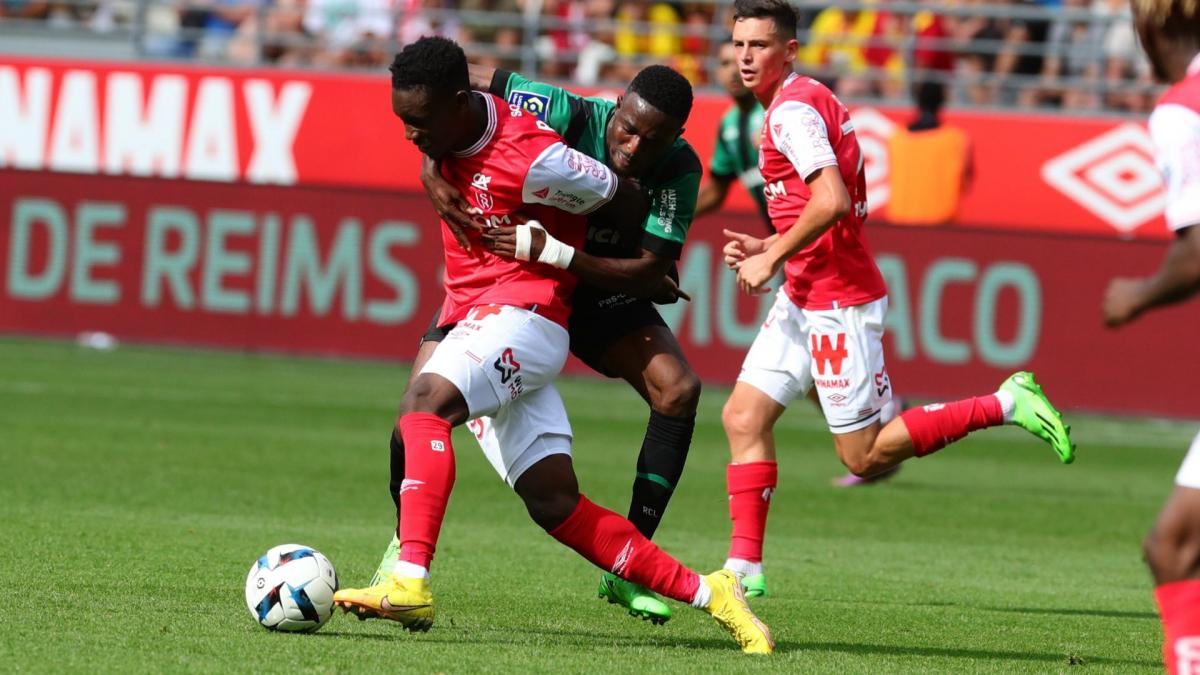 Now Putin has to worry about his blood diamonds 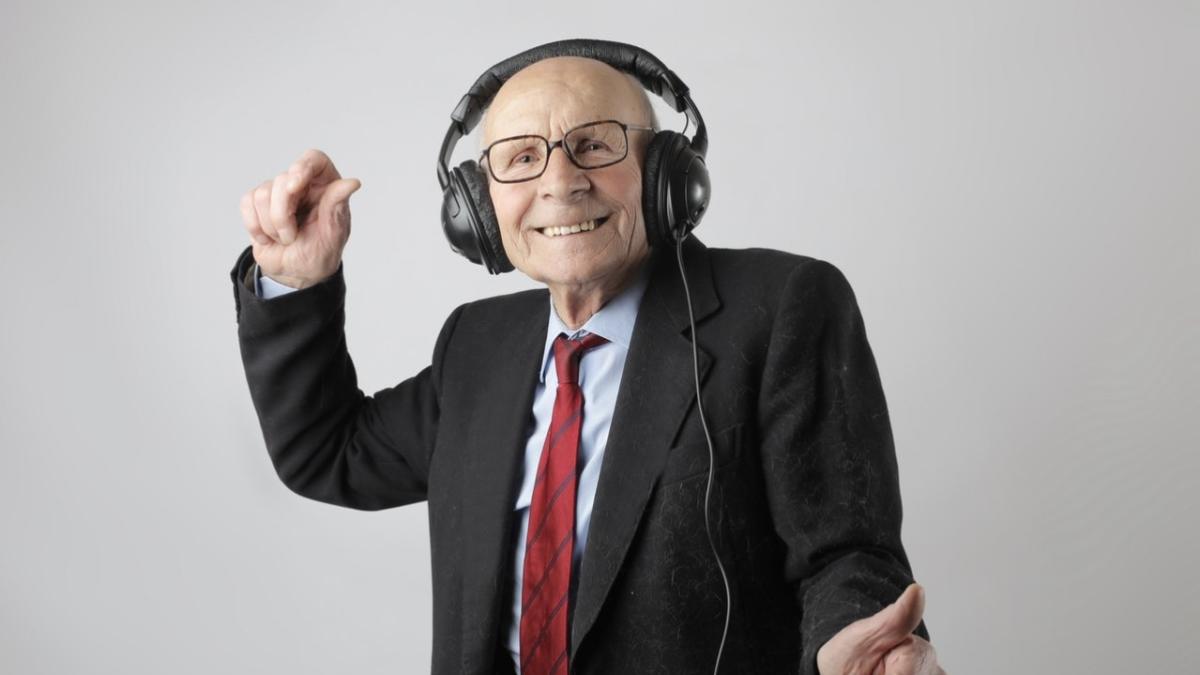 Just not in terms of earnings and cash flow

The 344th day of the Ukrainian war. Latest information [papildināts 12:12]

Osakidetza will telephone 27,000 people over the age of 80 to receive the fourth anticovid dose

MU Track Record vs Newcastle United in the Final