Did the Netherlands stay at home nicely this weekend? Especially full forests and a number of filled churches 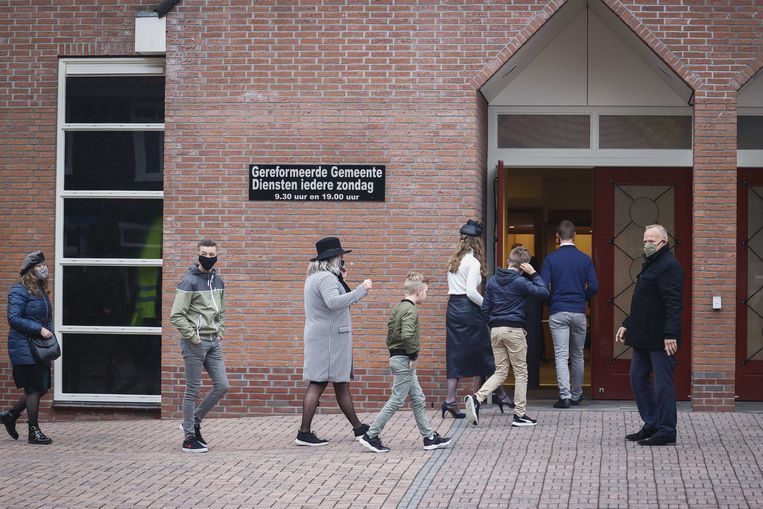 “Stay at home,” was the message the cabinet announced on Tuesday. As far as visits to theme parks are concerned, this seems to have had an effect. Zoos and amusement parks have been running at half their normal capacity since the outbreak of the corona crisis. But even that was not achieved last weekend.

At Efteling it was ‘pleasantly busy’, says a spokesperson. “But we weren’t at our maximum.” The autumn holidays are usually top time for amusement parks. Under the adjusted corona rules, the Open Air Museum in Arnhem can only admit 2,800 visitors. But that was not achieved last weekend, said a spokesman. “We think that’s because of last Tuesday’s press conference.”

At the Designer Outlet in Roermond, which attracts tens of thousands of buyers on a normal weekend, mainly from Germany, it was also quieter than usual, says a spokesman for the municipality. ‘You see far fewer German license plates in the city than usual.’

The Dutch visited the forests in large numbers. According to Staatsbosbeheer, it was very busy on Sunday in popular areas such as the Mastbos in Breda, the Schoorl dunes, the Sallandse ridge and the Veluwe. Cars stood tall, many places were parked on the roadside.

Mayor Mark Roëll van Baarn tweeted Sunday afternoon that the parking spaces were full. He called on visitors to follow directions from supervisors and traffic wardens.

It was also ‘mega pressure’ on the sites of Natuurmonumenten, according to spokesman Fred Prak. In the autumn, when the leaves change color and mushrooms emerge from the ground, forests are always popular for an autumn walk. The corona measures and the calm weather were added to that. On Sunday it remained dry almost everywhere, sometimes the sun even shone for a while.

It was particularly bulging in parking lots, says Prak. “Once in the area, the walkers fan out quickly.” Despite the crowds, the atmosphere was pleasant and relaxed everywhere, he said. ‘People kept enough distance, I think they enjoyed it.’ A downside is that forest rangers find much more litter in the forests. “Especially paper tissues.”

In the Rehoboth Church of the Reformed Congregation in Barneveld, 200 churchgoers gathered on Sunday morning, despite the urgent call from the government to limit the group size of meetings to a maximum of 30 people.

According to a spokesman for the Barneveld church, this is easy because the building has room for 2,000 believers. According to him, all RIVM guidelines have been complied with, upon entering most churchgoers wore a mouth cap.

Just like last week, more than 30 believers came together in Staphorst. On Sunday, 200 people were seated in the Mieraskerk in Krimpen aan den IJssel. Church leader Arjan van Vliet sees no problem in this, he told Omroep West. “We have such a big church. With 200 people you almost need binoculars to see each other. ‘

In ‘s-Gravenzande, the police put an end to an illegal party in a company building in the night from Saturday to Sunday. Cops and boas have sent the partygoers, about 17 people, home. In Zutphen, the police ended a party of 24 young people on a business park on Saturday evening around midnight. Everyone was fined and sent home.

In Appingedam in Groningen, there was a commotion on Friday evening around a group of older German tourists who stood together on a bridge in their tens. A local lunch room owner made a video of it. Mayor Koos Wiersma expressed his disapproval at RTV Noord. If it happens more often, the municipality will see whether measures are needed, according to the mayor.

“He started dating her when we were still together”

PS5 and the ‘paradox’ of DualSense not working on PS4 but perfectly compatible with Microsoft’s xCloud • Eurogamer.it