DEPARTMENTS OF FRANCE: Adrien Taquet and François Sauvadet agree on a “shared governance” of child protection 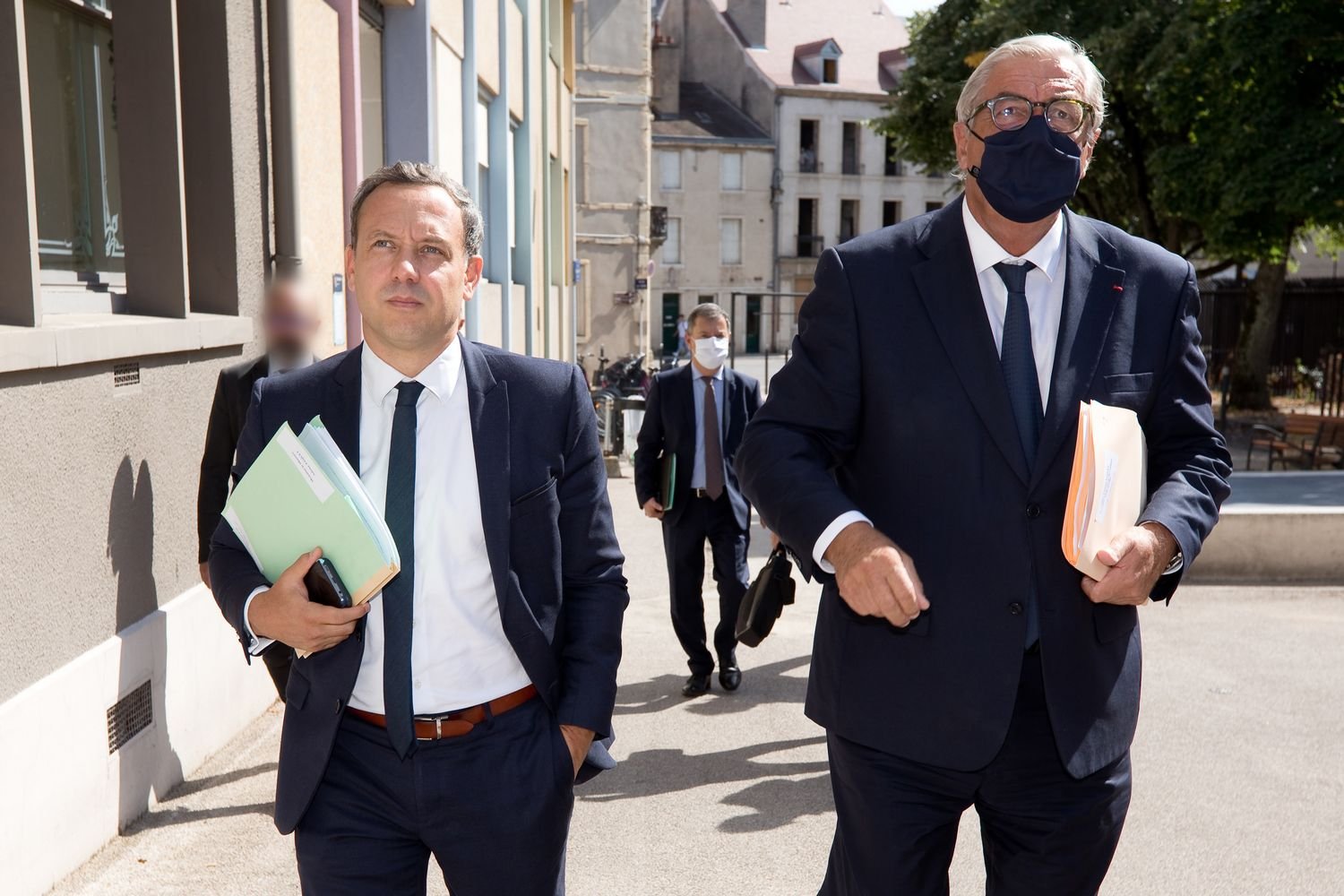 The Secretary of State in charge of Children and Families and the President of the Assembly of Departments of France found this Monday, September 13 in Dijon a point of agreement concerning the “co-construction” of a national repository of departmental actions in matters of child protection.

The government intends to define a national reference system applying to child protection, which is the competence of the departmental councils. For this, “shared governance” will be established.

Secretary of State for Children and Families, Adrien Taquet came to announce this Monday, September 13, 2021, in Dijon, to François Sauvadet (LCOP), president of the departmental council of Côte-d’Or and president of the Assembly of French Departments since July 27 (read the press release).

“Decentralization does not mean that we must abandon all common rules”

The child protection sector is the last sector of the medico-social field not to be endowed with valid standards at the national level to evaluate the action of the departmental councils in this matter. The challenge is therefore to establish such a national benchmark without contravening the principles of decentralization.

“Child protection is a shared competence, we must start from the needs of the child, from his background and, we, the Department, the State, organize ourselves, coordinate to provide the best support in the field of protection, education, health, these children ”, explains Adrien Taquet, answering questions fromDijon Info.

“There is no question of going back over the child protection competence of the Departments. (…) Decentralization does not mean that we must abandon all common rules. The idea is to jointly build a national framework, national benchmarks that we would have developed together for this competence to be exercised, ”he adds.

“We understand that a child must be protected in the same way as he or she in Dijon, Lille or Marseille. This is a job that we started three years ago when I was appointed. I asked the High Authority for Health to work on a national benchmark on the assessment of dangerous situations. A child was not considered in danger in the same way depending on where he was in the territory. This principle of equity in the name of child protection does not contravene the principle of decentralization, on the contrary, it is perfectly articulated. It is in this co-construction approach that I have been part of for three years and that contractualization embodies quite well as well as the principles which guide the bill which is under discussion. [au parlement]», Develops the member of the government.

“It is up to us, the public authorities, to organize ourselves around the life of the child”

The main announcement, the Secretary of State reserves it to the President of the ADF as part of the signing of an employment contract at the headquarters of the departmental council of Côte-d’Or, Cité Henry-Berger in Dijon.

“Child protection is a competence of the Department but I have always considered that this competence was in reality a competence shared, more than decentralized, because the life of a child has little to do with the distribution of our competences. (…) It is up to us, the public authorities, to organize ourselves around the life of the child ”, indicates the Secretary of State, speaking to the actors of child protection in Côte-d ‘ Gold.

While the Haute Autorité de Santé has started work on developing national standards, Adrien Taquet announces that the child protection policy will be exercised within the framework of “renewed governance” between the Departments and the State. . A news that rejoices François Sauvadet.

“The ambition that we share with all the Departments of France is to give each child an appropriate response that takes into account the evolution of his environment”, assures the president of the ADF, mentioning in particular possible returns to the family of origin.

“The well-being of the child is more than a shared ambition, it is a real duty, an almost moral requirement,” he insists.

“We need to have a crossed gaze and a benevolent gaze,” adds François Sauvadet with reference to professionals, agents of the Department, State services, ARS and National Education.

“The path that I propose as president of the Departments of France is that we work together to provide an answer, each in his or her skills”, agrees François Sauvadet.

The president of the ADF thus welcomes the “advances” obtained from the government, partly attributing them to his repeated positions in favor of “a new impetus for decentralization” (read our interview).

This is reflected in contracts with departmental councils such as the one signed today in Dijon for the Côte-d’Or. Thirty contracts were signed in 2020, forty in 2021 and the others will be “by 2022”.

“Strong measures” in the law on child protection

In front of the departmental actors, Adrien Taquet returns to the bill he is carrying on child protection, currently being examined by the parliament. On July 8, the PJL was unanimously adopted at first reading by the National Assembly. It will be presented to the Senate next November.

Adrien Taquet recalls “strong measures” such as the prohibition of child placements in hotels (which is no longer done in Côte-d’Or), the definition of precise standards of support and supervision (” it is the last sector of the medico-social which has no standards ”) and the modernization of the profession of family assistant.

The Secretary of State insists on article 1 which provides “that before placing a child, social workers, just like justice, inquire about the possibility of entrusting the child to a trustworthy third party” because it There are “three circles of child protection”: the family of origin, the extended family (in which the trustworthy third party participates) and the institutional system.

“The State must reinvest itself in the subjects of child protection”

“I considered that the State, these last years had not been all the time at the rendezvous of its own responsibilities”, launches the Secretary of State who noted on his appointment that the health of children under Social Assistance to Children was “less good” than that of their comrades working in the conventional environment. Ditto for school dropouts.

As a result, “the State must reinvest itself in the issues of child protection”. As a review, the member of the government highlights the creation of the pact for children, the journey of the first 1,000 days of the child and the plan to fight against child prostitution soon to be presented. By the way, Adrien Taquet points out the “big effort” of the mental health plan: “we are just trying to make up for 30 years of abandonment of child psychiatry in our country”. 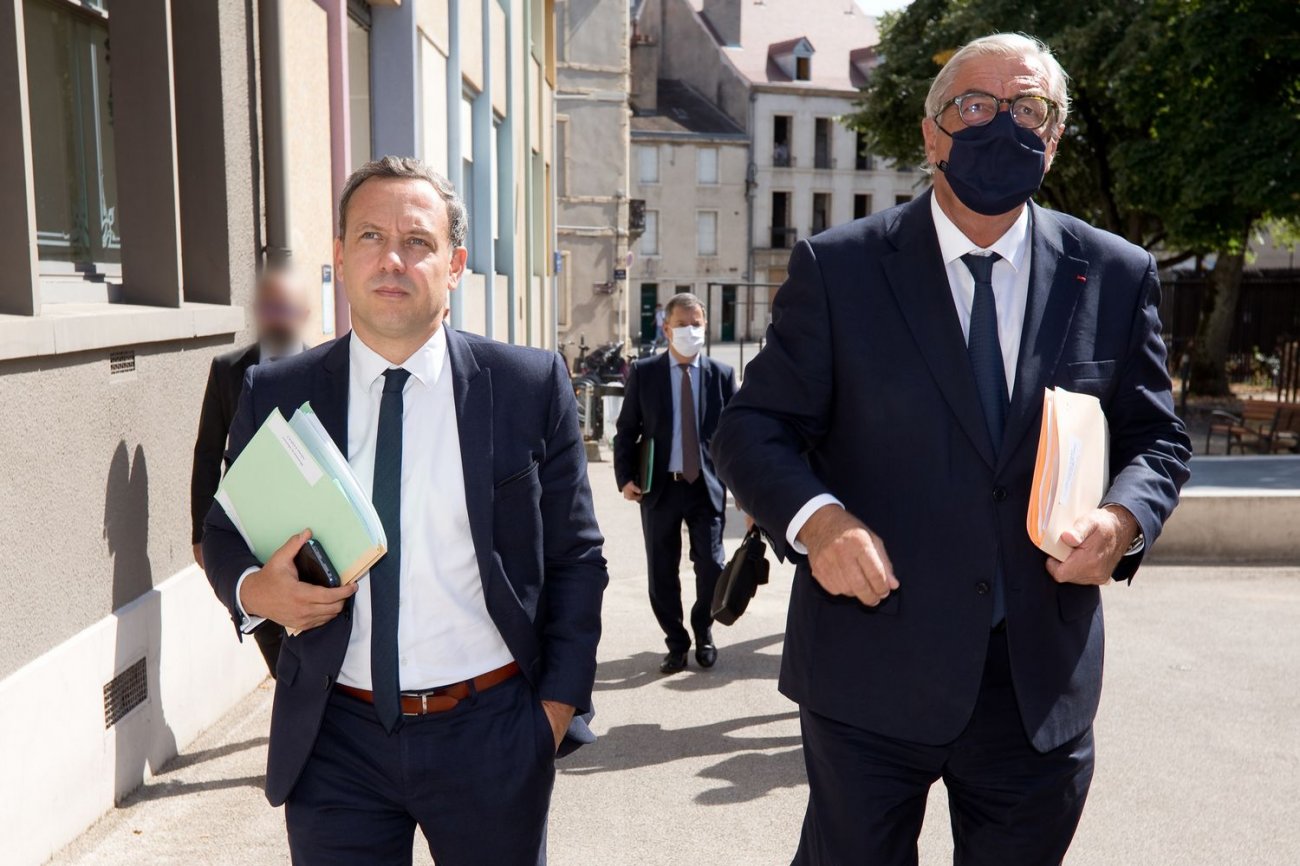 Adrien Taquet, Secretary of State for Children and Families, and François Sauvadet, President of the Departmental Council of Côte-d’Or, exchanged on Monday, September 13, 2021 in Dijon Classified as mild, here are the side effects of Johnson & Johnson Vaccine Booster Injections

Towards the G4: pushed by the fans, Vasco beats Goiás and hits the second straight win in Serie B 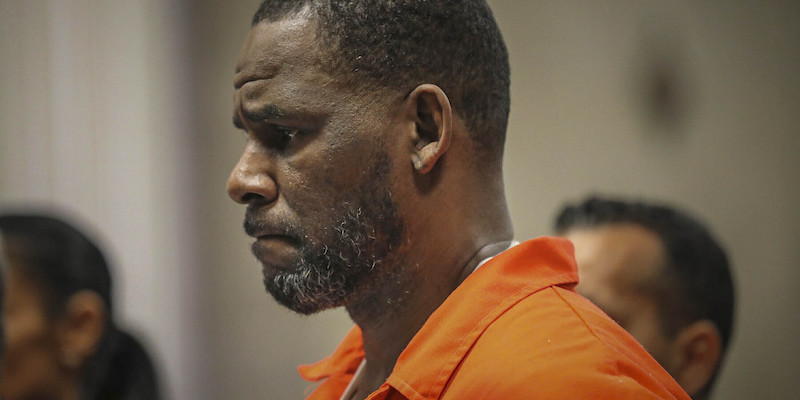