Demonstrations – More than 2000 people cycle at CSD in Hamburg – politics 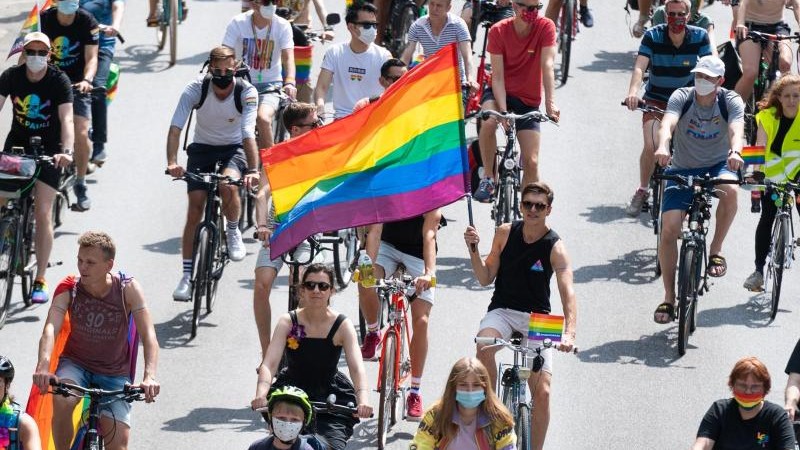 Hamburg (dpa) – More than 2000 people pedaled on Saturday at a bicycle demonstration on the 40th anniversary of the Christopher Street Day (CSD) in Hamburg.

Hamburg’s First Mayor Peter Tschentscher (SPD) and Second Mayor and Equal Opportunities Senator Katharina Fegebank (Greens) also started in the first block of the field of participants, which was divided up to protect against infection. From the Jungfernstieg it was about eight kilometers long through St. Pauli and Altona.

The police spoke of 2100 participants, the chairman of Hamburg Pride, Stefan Mielchen, of 2500. There were traffic problems in the city center. Otherwise there were no incidents. “Everything went very smoothly,” said a police spokesman.

“Two things were important to us: to guarantee the freedom of assembly and thus the visibility of the queer community while at the same time taking into account protection against infection,” said Mielchen. The worsening situation for LGBTI people in Poland shows that it is still important to take to the streets for equal rights. “If the president of an EU country denies homosexuals being human, as Andrzej Duda recently did, it is our duty to stand by the side of the Polish community in solidarity.”

The usual big parade for the CSD had to be canceled this year due to corona. According to the police, about 200,000 people came to the CSD demo in Hamburg last year, about 90,000 of whom were present at the demo.

Christopher Street Day commemorates June 28, 1969, when police officers stormed the New York gay and lesbian bar “Stonewall Inn” on Christopher Street, triggering multi-day protests by gays, lesbians and transsexuals. The CSD aims to draw attention to the rights of lesbians, gays, bisexuals, transgender, intersexual and queer people. In 1980, in Hamburg, lesbians and gays took to the streets for the first time to demonstrate for their rights.

“I voted for a guy named Trump.” The US President appealed prematurely in Florida