Demonstrations in Argentina demanding the legalization of abortion coinciding with its international day … Police and activists in Mexico have fled and escaped … 6.5 million operations take place annually and 760 thousand women suffer complications in Latin America and the Caribbean.

The issue of abortion is returning to arouse controversy again, and Latin countries celebrate today, September 28, the Day of Struggle for the Right to Abortion, with calls for demands to legalize it, and calls for various organizations to demonstrations in different regions, especially in the city of Buenos Aires.

Argentine newspaper “Diario Argentino” indicated that the demonstrations are taking place in Argentina in front of the Congress, as the national campaign for the right to abortion calls on decision-makers to approve a bill for 2020 on voluntary termination of pregnancy.

In different parts of the country, there will be measures on the streets, taking care of social distancing, but it seeks to stabilize the claim, because the project is at risk of losing power this year.

The newspaper pointed out that on September 28, 1871, Brazil ratified the Freedom of Surrogacy Act, which considered the children of slaves free, and in 1990, it chose an organization V Feminist Encounter In Latin America that date is the day of the struggle to decriminalize and legalize abortion in Latin America and the Caribbean, also known as the International Day of Action for Access to Legal and Safe Abortion.

The only countries in the region where voluntary termination of pregnancy is not punished are Cuba, Puerto Rico, Guyana and Uruguay, which are prohibited, without exception, in the Dominican Republic, Haiti, Suriname, Honduras, El Salvador and Nicaragua. On the rest of the continent, abortion is criminalized with some exceptions.

In Latin America and the Caribbean, approximately 6.5 million abortions are performed annually (according to unofficial data, given that they are illegal in most countries, it is impossible to keep a real account) and about 760,000 women suffer complications from unsafe abortions each year. According to the Argentine newspaper.

Under the pressure of the growing feminist movement, the right to abortion has been affirmed among major agenda items in the Dominican Republic, Brazil, Mexico and Argentina.

In Mexico, a hit-and-run situation dominated the scene in the Mexican capital, after hundreds of activists came out to protest against the move to criminalize abortions in the country..

Activists clashed with Mexican security forces at a time when it is estimated that nearly millions of women undergo abortions annually, and that 15% of women in the country have undergone the operation, many of whom end up in hospitals due to the complications of the operation..

The Spanish newspaper “El Diario” indicated that Argentina and Colombia occupy the first places in the number of deaths of women due to abortion, due to the criminalization of abortion in those countries, so Argentina was supposed to witness in early March the presentation of the bill promised by Argentine President Alberto Fernandez, especially in the situation Currently, Argentine women who wish to interrupt pregnancy continue to put their lives at risk.

And according to the latest report issued by the Center for Legal and Social Studies (CELS), Between 460,000 and 600,000 clandestine abortions are performed in Argentina annually.

The newspaper believes that the enactment of new laws to decriminalize abortion in Latin America will greatly help in eliminating illegal abortion, or the so-called clandestine abortion.

In Argentina, for example, a 31-year-old woman in the province of Buenos Aires died after an unsafe abortion, after the law regulating abortion was introduced in the Congress of the South American country, and Cecilia Carraguesian, a member of the Network of Professionals and General Practitioners, explained that the young woman had arrived To hospital due to an infectious disease in the womb, called Mondor syndrome, “which is caused by infections.

“There is no need to conceal or cover more deaths,” Karaguisian said, noting that the woman had three children and had scarce economic resources. In addition, he found that his home was near a health center, and she decided to undergo a secret abortion which led to her death. .

Thousands of activists in support of the right to abortion gathered in front of the headquarters of the Argentine National Congress in the capital, Buenos Aires, where legislation was passed criminalizing the abortion process.

Last year, the deputies approved the text of the abortion legalization law, but the Senate rejected it, and since then the abortion advocates have been organizing rallies and campaigns to pressure candidates for the presidential elections scheduled for late next October.

The bill, which was approved by the deputies and rejected by the sheikhs, provided for the punishment of imprisonment for a period ranging between three months and one year for officials in health institutions or doctors who “unjustifiably postpone,” or refuse to perform the elective abortion or refuse it, in accordance with the provisions of the law .

The Colombian example is another example, where expert Aura Artiaja says, “Abortion in Colombia is one of the great and serious crimes, as the Constitutional Court in Colombia has not legalized abortion, and there are more than 400 thousand clandestine abortions in the country, compared to 17 thousand operations.

A lack of vitamin D can increase the risk of getting covid, but it is necessary to get tested before taking the appropriate complex 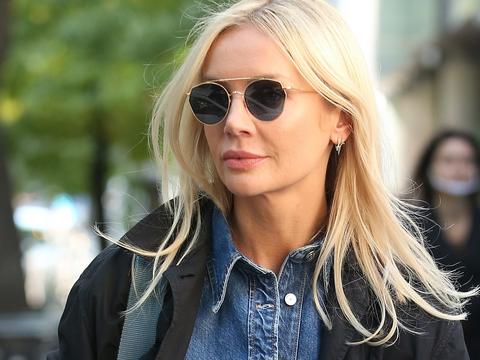 Agnieszka Woźniak-Starak said goodbye to her friend. “Thank you for being with me”