Delta variant at school: what are the risks for children? It is now done. With the resumption in Geneva and Ticino, all the students in Switzerland have returned to the school benches. With the implementation of disparate health measures from one canton to another, this new school year will undoubtedly be particularly scrutinized. In the light of the Delta variant, more transmissible than its predecessors, the return of children and adolescents to the closed environment of classrooms worries many doctors and epidemiologists, who fear an acceleration in the circulation of the virus.

Read also:
Without sufficient measures, the school is indeed a vector of epidemic

And for good reason. According to one epidemic modeling from the Institut Pasteur, half of the contaminations in the fall could affect children and adolescents. Faced with this context, many questions emerge: To what extent are children and adolescents more affected by the virus? What are the risks run by this segment of the population? Should we now recommend vaccination to all adolescents? The weather takes stock of the latest scientific data in five questions.

At the start of the Covid-19 pandemic, children under the age of 16 accounted for only 1 to 2% of all laboratory-diagnosed cases, surprisingly for a respiratory virus. There were many assumptions then: were the latter less diagnosed due to milder or atypical clinical presentations? Were they less infected?

The appearance of the Alpha variants, then the Delta, much more transmissible than the wild strain of SARS-CoV-2, has clearly changed the situation. With a basic reproduction number (R0) of 6 – which represents the average expected number of cases generated by an infected person in a population where all individuals are susceptible to infection – the Delta variant is also contagious. as rubella and almost as much as chickenpox (R0 = 8.5) both also transmitted by air.

This increased contagiousness is not without consequences. In Switzerland, cases among 0-19 year olds have never been higher. With 5,768 infections out of 17,120 laboratory-confirmed during the week of 23-29 August, this age group represents a third of the cases listed nationally, with 10-19 year olds being the age group with the most case during the last week.

This situation is reminiscent of that in the United States, where the number of infections among those under 18 years of age has increased significantly during the summer, according to the last report from the American Academy of Pediatrics. More than 180,000 cases were identified in children the week of August 19, against just over 38,000 a month earlier and 8,447 at the end of June.

2. How to explain the increased transmissibility of the Delta variant in the youngest?

One of the main hypotheses concerns the ability of SARS-CoV-2 to bind to the ACE2 cellular receptor, which is the gateway for the virus to enter the body. Several studies conducted in 2020, including one conducted by researchers at Mount Sinai Hospital in New York, concluded that the lower infection rates in children under 10 years of age were related to lower expression of this protein in the pediatric population, which increased significantly with age. This particularity could help explain why the prevalence of Covid-19 was lower in this age group.

Also read:
What measures to reduce the spread of aerosols in schools?

Mutations in the protein spike Delta variant however give it the advantage of binding better to the ACE2 enzyme, which would explain why this variant has become more transmissible, including in children. “Mutations that increase the virus’s affinity to ACE2 receptors increase the likelihood that adults and children will become infected when exposed,” confirms Arnaud L’Huillier, pediatrician and infectious disease specialist at the Geneva University Hospitals (HUG). It is also possible, according to pre-publication studies, that the Delta variant generates a higher viral load. If this were confirmed in children, it would be a game-changer in terms of the data we had so far regarding transmission in this population. ”

Children are also the least vaccinated age groups, yet vaccination is known to protect against infections, including against the Delta variant. The latter are therefore comparatively more at risk of being infected, especially since the Delta variant is much more contagious than the initial forms of SARS-CoV-2.

3. Is the Delta variant more dangerous for children?

If children develop severe forms of Covid-19 much less often than adults, worrying alerts have come from abroad. In the UK, the Delta variant has indeed caused, according to figures from the National Statistical Office, a 26% increase in hospitalizations among 5 to 14 year olds in the last weeks of August compared to the peak of January 2021.

Likewise, in the United States, where very large areas of the population are unvaccinated, the number of children hospitalized due to Covid-19 has increased by 50% since the beginning of August, with nearly 2,200 children. currently supported in the country. However, it is difficult to know whether these hospitalizations are due to a greater virulence of the Delta variant or if the greater transmissibility of the latter mathematically causes more contamination and therefore more hospitalizations.

“The epidemiological situations of foreign countries can never be fully transposed to those of other countries, points out Antoine Flahault, director of the Institute for Global Health at the University of Geneva. For example, the prevalence of obesity, hypertension and diabetes is much higher in the USA than in Switzerland, including among young people. However, these are known comorbidities to promote the severe complications of Covid-19 and lead to hospitalization. Nevertheless, it is better to see what is happening in others as a serious warning of what could happen here, especially since Switzerland is today one of the most vulnerable countries in Europe vis-à-vis – with regard to covid and its variant Delta because of its too low vaccination coverage. “

In Switzerland, seven children (six children between 0 and 9 years old and one child between 10 and 19 years old) were admitted to hospital during the week of August 23 to 29 due to Covid-19, which represents approximately 2, 5% of hospitalizations, according to data from the Federal Office of Public Health. In particular, what is called “post-covid pediatric multisystemic inflammatory syndrome (PIMS)”.

“There have been around a hundred cases of PIMS in Switzerland since the start of the pandemic,” analyzes Arnaud L’Huillier. Fortunately, this remains something very rare, the real prevalence of which is difficult to estimate, but which we imagine to be around 0.1 to 0.5%. In Geneva, we do not yet have a clear signal in the direction of an increase in hospitalizations among children, despite a significant increase in the cases identified in recent weeks within the pediatric population. However, we must remain cautious, because with the increase in infections, cases requiring hospitalization are also statistically likely to increase. “

4. What do we know today about long covid in children?

Headaches, fatigue, dizziness, persistent loss of smell or taste, trouble sleeping, concentrating, mood, shortness of breath … These symptoms can last for weeks or even months after a Covid-19, including in children. According to British studies, this condition, called “long covid”, could affect between 4 and 8% of children who have been infected, but the data are still too incomplete to draw conclusions.

“The question of the prevalence of long covid is still extremely vague,” explains Anne Perrin, doctor and head of the long covid pediatric consultation at the HUG, open in May. My impression is that it still affects children less than adults, although we expect, with the Delta variant, to see possibly more cases appear within a few months. “

Despite the uncertainty about the number of children affected, the existence of this entity is now recognized by the medical profession. “Almost half of the thirty or so adolescents and preadolescents that we received in consultation saw an impact on their education, due to a long absence or a drop in their results,” relates Anne Perrin. Depending on the symptoms encountered, we refer patients to specialized consultations and set up very gradual physical reconditioning programs. Validating the symptoms also greatly relieves patients and families who have often wandered for a long time before being able to benefit from support. ”

5. Has the Delta variant changed the vaccine recommendations?

When authorizing Pfizer / BioNTech’s Covid-19 vaccine in early June for 12 to 15 year olds, the Federal Office of Public Health and the Federal Commission for Vaccinations recommended vaccination, in this tranche of age, especially young people with chronic diseases, or those living in cohabitation with immunocompromised people. Two months later, what about?

Read also:
Should children be vaccinated against Covid-19?

“At the beginning of the summer, we found that the safety data, based on 1,200 young people vaccinated, were too limited to support a large vaccination, underlines Claire-Anne Siegrist, head of the vaccinology center of the Geneva University Hospitals ( HUG). The position has since changed at both HUG and Bern because more than 9 million Americans between the ages of 12 and 15 have been vaccinated, which constitutes a large safety database. The only noticeable side effect, inflammation of the tissues of the heart or around the heart, is rare, short-lived and in the vast majority of cases mild. In addition, in the coming months, the Delta variant will a priori infect sooner or later a large majority of unvaccinated people regardless of their age, including young people with a low risk of serious covid, but a risk still undoubtedly under. -estimated long covid. “

For his part, American Academy of Pediatrics urges United States to move quickly on the issue of vaccination in 5 to 12 year olds. Pfizer / BioNTech and Moderna are expected to return the results of their clinical trials in the fall, suggesting a possible opening of vaccination in this age group in 2022.

What measures in schools?

While Israel has extended its health pass to children from 3 years old, and the American Pediatric Association recommends wearing masks from 2 years old, the Swiss cantons are still moving forward in dispersed order. For specialists, however, there is no doubt that schools will become a place of transmission. “Children under 12 are not eligible for vaccination and I do not hear, either from the federal authorities or the cantons, a speech of general mobilization aimed at securing schools, deplores Antoine Flahault. However, classrooms and canteens are closed, crowded places, often poorly ventilated. This fall and winter, children will risk becoming infected there, bringing the highly contagious Delta variant to their loved ones and families. ” 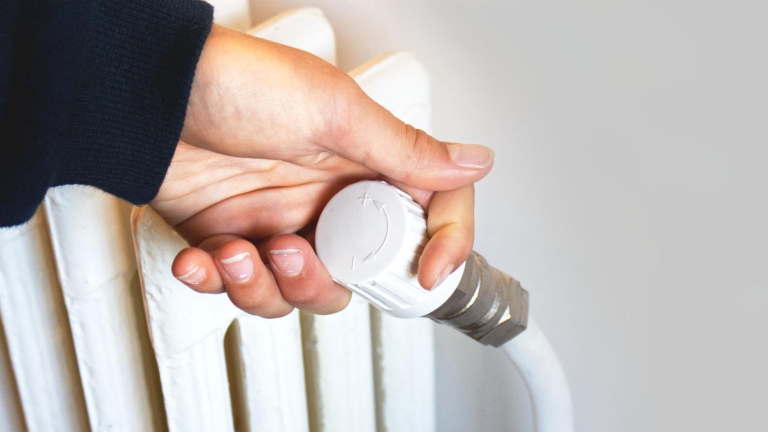 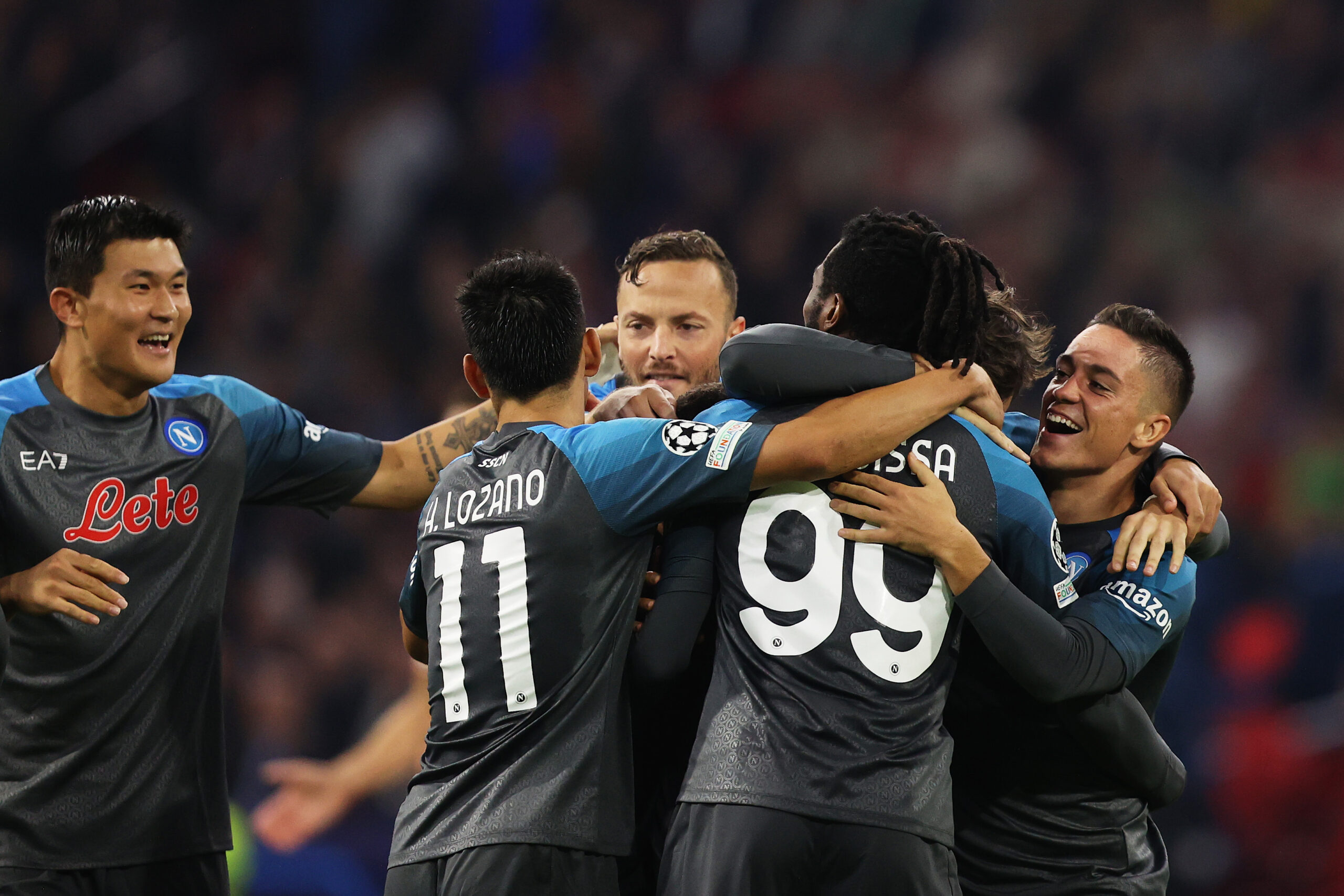 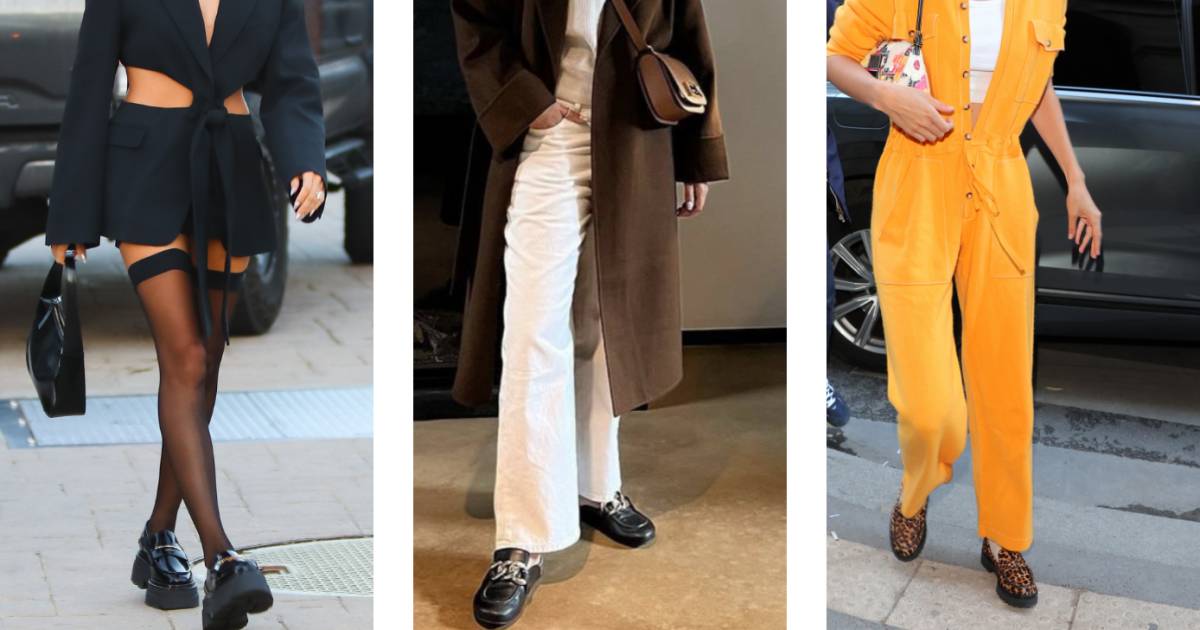 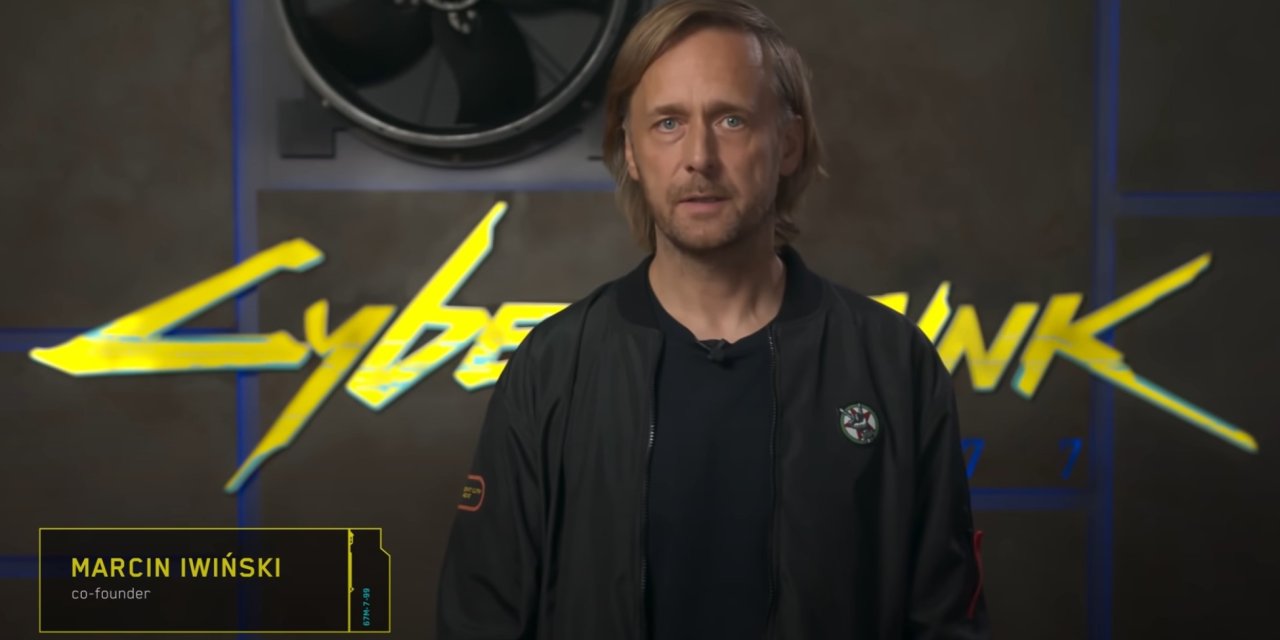 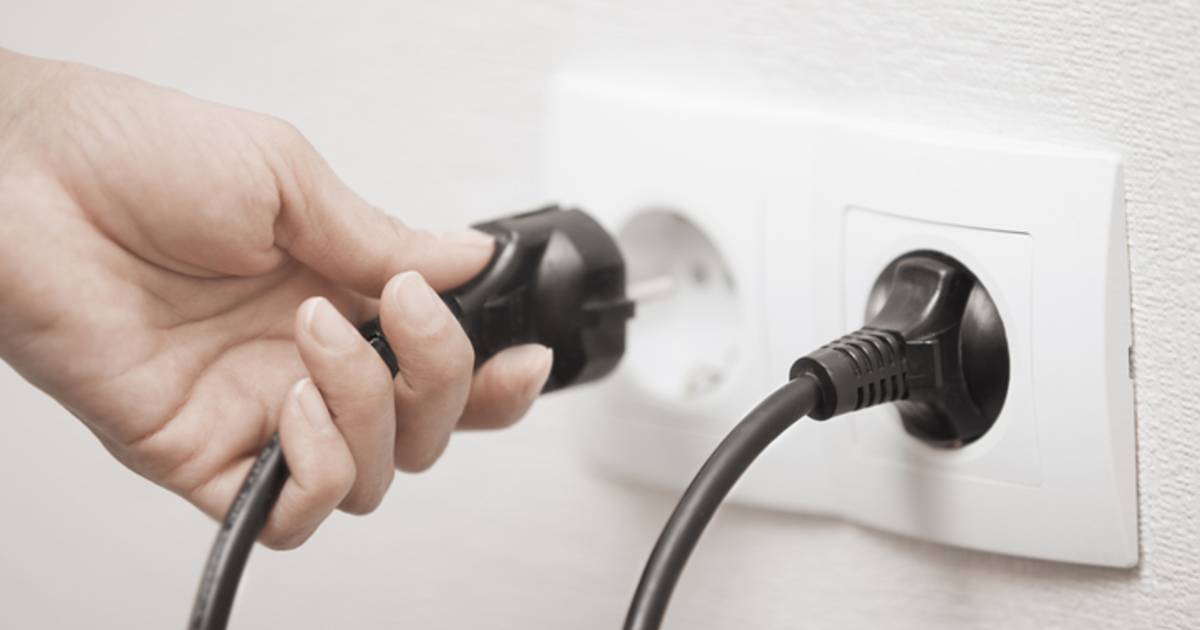 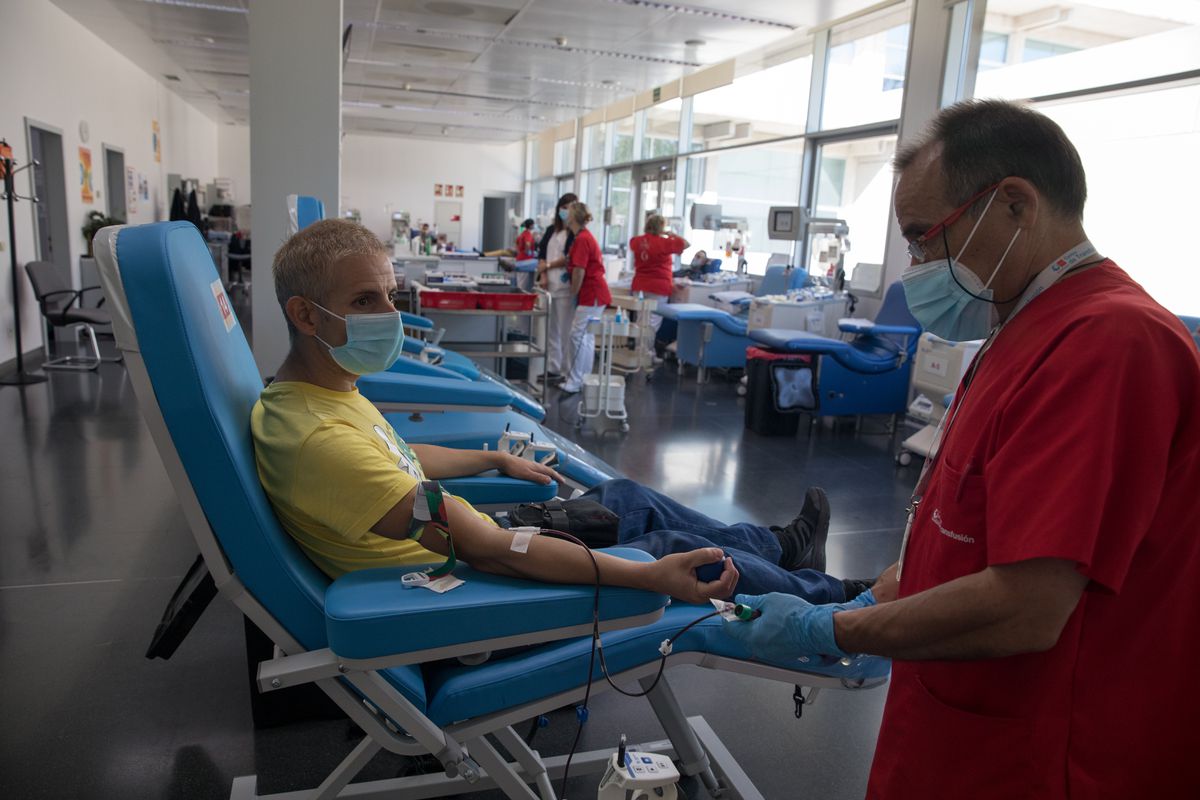 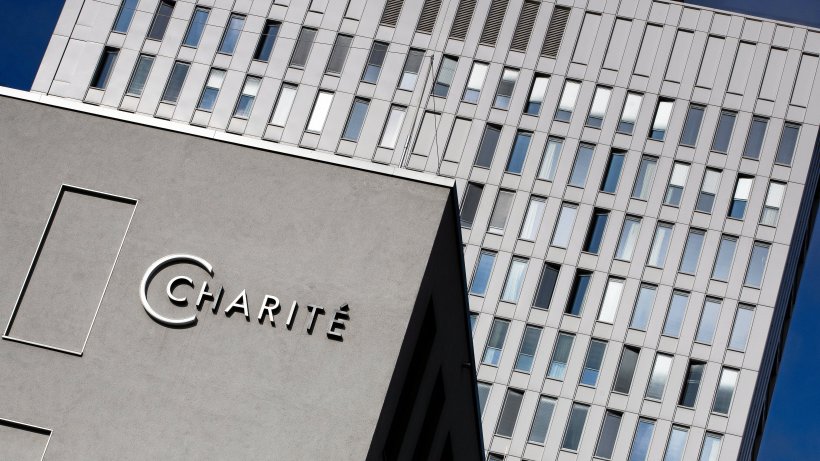 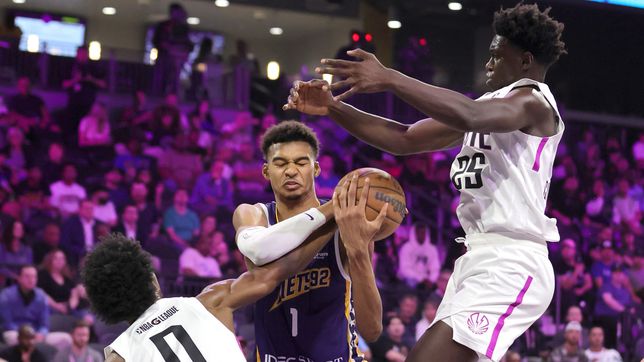 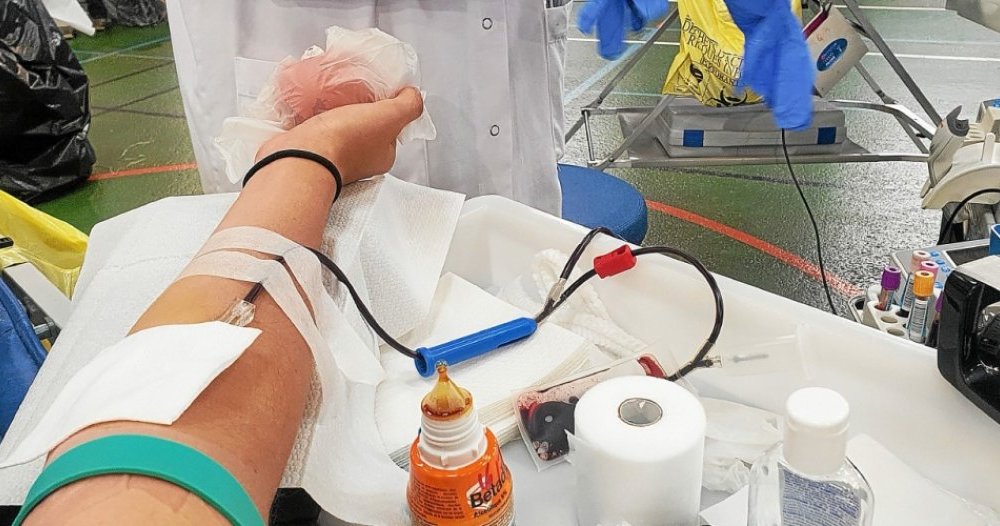