Decrease in VAT of light. PSD withdraws proposal, but takes the PCP to votes

The PSD withdrew the proposal that foresaw the reduction of the VAT rate of electricity from 23% to 6%, after seeing the counterparties it had proposed failed, as well as the date of entry into force of the measure. But the Social Democrats promise to insist this Thursday on the measure, now through a proposal from others: the PSD called the vote in plenary (which will take place this Thursday morning) the proposal of the PCP that also foresees a decrease in the VAT of light for 6%, but with immediate effects. And he does not expect little from today’s vote – he hopes to see the communist proposal approved (which was failed yesterday) and he hopes to still be able to combine it with the date of entry into force advanced by the PSD itself – October 1.

How did you get here? All the proposals for the decrease in VAT on electricity that were on the table yesterday were rejected by the parliamentary committee on Budget and Finance, where the vote on the specialty (article by article) of the OE 2020 takes place. counterparts it had proposed to offset the decline in electricity VAT – and the measure was defeated by the vote against PS and PAN, the abstention of PCP and CDS, with the favorable vote of the PSD, Bloco de Esquerda, Liberal Initiative and Enough.

It followed the date of entry into force – October 1, 2020 – which was also rejected, with the contrary votes of the PS, PCP and PAN, the abstention of the CDS and the vote in favor of the PSD, BE, Liberal Initiative and Enough .

In view of this outcome, the Social Democrats withdrew from the vote the article that specifically envisaged the VAT rate falling to 6%. The decision caused some astonishment in the Chamber – proposals that are rejected in committee can be voted on again in plenary, but those that are withdrawn cannot. PSD’s proposal got in the way. But the Social Democratic bench had other plans, guaranteeing that it would insist on lowering the light VAT to 6% until the “last minute” of OE votes.

Soon afterwards, the PCP’s proposal that foresaw the – immediately – decrease in electricity VAT to 6% was unsuccessful, counting on the favorable votes of PCP and BE, the abstention of PSD, Liberal and Enough Initiative and the vote against PS, CDS and PAN.

And it is this proposal of the PCP that the PSD will call the vote today, in addition to the two articles on the counterparts and the date of entry into force of October 1. At this point, the only chance that a 6% VAT reduction would still be approved would imply that the PCP’s proposal, going again to votes in the plenary on Thursday, would be approved. A scenario that is only possible if the PSD changes its sense of vote from abstention to a favorable vote – which justifies the hope that the Social Democrats still showed. But that alone will not be enough: it is necessary that one of the parties that voted against the measure tonight change their vote, given that PS, CDS and PAN together have 117 deputies, forming a majority in Parliament.

In this circumstance, the PSD could then put the date of October 1 back into effect for the measure to come into force, hoping that the PCP would change its voting direction – a kind of counterpart – thus making the proposal of the Social Democrats viable. However, the possibility of this scenario materializing seems, however, quite remote.

Along the way, in tonight’s polls, there was also the Left Block proposal that reduces electricity VAT to 13% this year and to 6% in 2023, at the end of the legislature. The measure was voted against by the PS, PAN and CDS, the PSD abstained and the approval of the PCP and Liberal Initiative. This Thursday the blockers will call the proposal back to plenary. And the scenario is similar to that posed by the PCP’s proposal: in order for the lead to be reversed, the PSD must vote in favor and the CDS or PAN change its voting direction.

The decision is thus postponed until the last day of voting for the OE 2020, after a Wednesday marked by a growing tension between the Government and the Social Democratic Party, with the Executive and the PS accusing the Social Democrats of a “tremendous irresponsibility” that, in the words of the socialist parliamentary leader, Ana Catarina Mendes, “calls into question the approval of this State Budget”.

Also the Secretary of State for Parliamentary Affairs, Duarte Cordeiro, left a warning: “You have to answer for the consequences, including whether or not you create conditions to govern.”

The Government argues that the PSD’s proposal to reduce VAT on electricity reduces State revenue by 200 million euros this year and by 800 million euros in 2021 (given that this year will apply only in the last quarter and in 2021 already will be in effect all year).

Early Wednesday afternoon, the PSD announced the replacement of its proposal to lower the VAT rate on electricity, changing the counterparts to compensate for the loss of VAT revenue, given that the measures initially planned or had already been failed or they were at risk of failing: a cut less than that initially forecast in the ministerial offices – 8.5 million – and an adjustment in the budget surplus from 0.25% to 0.20%. The measure’s entry into force date was also changed from 1 July to 1 October.

What to do if you received the $ 600 from the second stimulus check, but not the additional money for dependents?

MU Worries Mason Greenwood Could Be Like Ravel Morrison

Harry and Meghan are no longer allowed to use the Sussex Royal brand name – AD.nl. 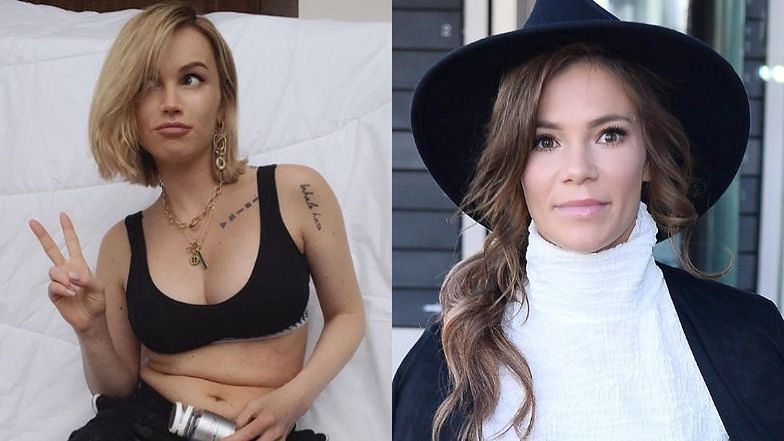 Diego Maradona is dead. Jean-Marie Pfaff especially for Interia: – At the end of his life, he was not only sick but also lonely

In Chartres, for the FSU union, the “return to normal” in schools in the region does not exist

cases, vaccination and restrictions in Madrid