Dear Kristof Calvo, I failed to have compassion for you 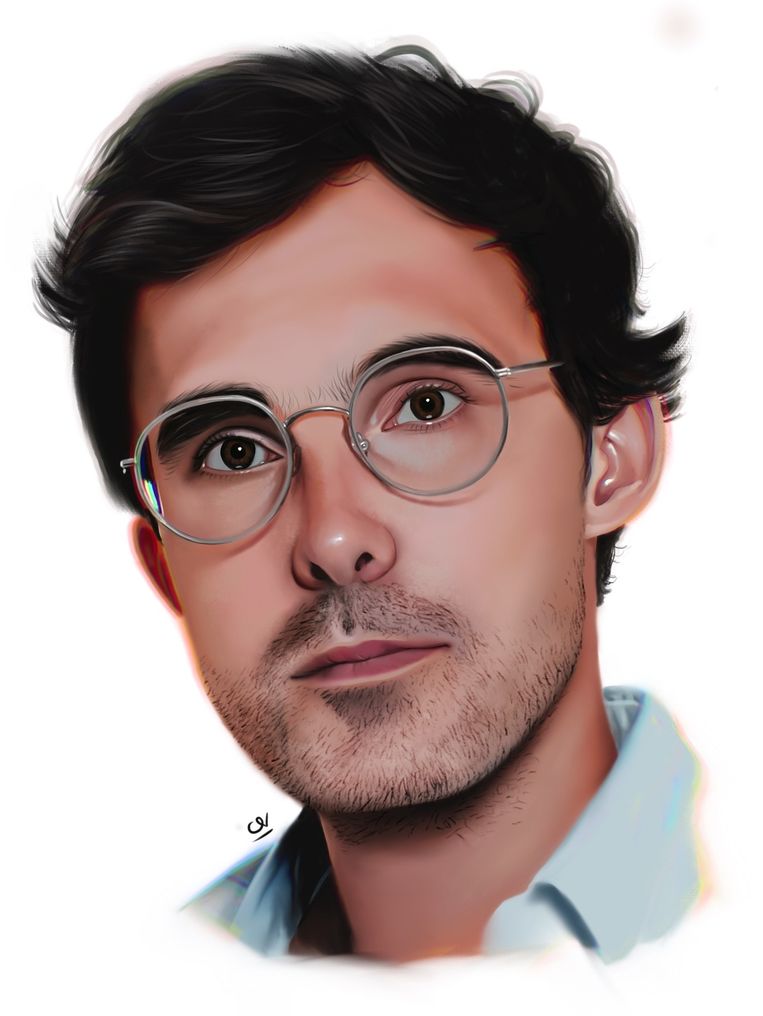 Our good friend William Shakespeare already knew. There is only one pertinent question on this planet that really matters – to be or not to be, to be or not to be. That is the issue that so many of us worry about every day. Wouldn’t it be more desirable and easier to just not exist, instead of having to suffer and sigh all the time – noble as that may be – under the scourges with which the cruel fate constantly beats us. Isn’t it better never to have come to earth – or to sink into an eternal sleep, even if the nightmares weren’t of the cat. What is the meaning of this life, Mr Calvo, if it can be so merciless?

Just check it out. The multitude of torments that the cosmos has in store for us is almost endless. That starts with the mosquito bite and the sprained toe. The sudden rain shower at a time when you don’t have an umbrella or plastic bag to hand. The empty toilet paper roll. The stiff neck. The password that you can no longer enter. Then of course there’s the heartbreak, the indigestion, the aft and cold sores, the roof that is leaking, the bad report, the neighbor’s grinding wheel, the last train leaving right in front of you. And it can always be worse, a quick look at the newspaper shows. Innocent people are in jail, girls are sexually mutilated all the time, Muslims are in concentration camps – the depth of the world‘s suffering is beyond measure. There are men whose children are murdered before their eyes, then their wives are raped and they themselves are slowly tortured to death. Oh yes, and then there are people who do not become ministers, although they would have loved to.

You had to endure that last setback this week. I’m making it a diminutive because I failed to have much compassion for you. I sincerely tried, but my mind remained untouched, the heart remained a refrigerator, the corner of the eyes remained dry. This in sharp contrast to the wave of sadness that engulfed the Flemish media – it seemed as if Flanders was collectively mourning. You had, it could be read, been done great wrong. You, Kristof Calvo, and not Petra De Sutter, should have become Federal Deputy Prime Minister for Green. A colleague from the more popular press had even called in a psychotherapist to find out what possible long-term damage this could cause you.

I read it all with increasing amazement and thought only one thing: stop whining and get to work. Guy Verhofstadt traveled through the desert for years before he became prime minister. Frank Vandenbroucke once had to resign as minister because of Agusta, and many years later received de facto resignation from Caroline Gennez. In a tweet by Rik Van Cauwelaert I read that even the great Gaston Eyskens sometimes did not become a minister and then simply did what was expected of him: take it, tie straight and get to work in the Chamber! As it should be. What is that with those millennials nowadays? One complains because he cannot sit in the pub for a few months because of corona, the other thinks his life is over because he cannot go to Erasmus for a while, and you have an identity crisis because you will not become a minister.

Life, Mr Calvo, is not a pony camp where the mama comes to pick you up every night at five. Life can be a bitch. If after 33 years you provisionally get rid of a missed ministerial position, then you should not complain, but dance the polonaise – were it not that the corona measures are currently making this more difficult.

Whatever you may quit is that smooth purr. This week many had the impression that your chairwoman Meyrem Almaci had given you a knife in the back, as if it were one of the better accounts in Shakespeare’s oeuvre. But after a few well-aimed phone calls I have come to the conclusion that that version of the facts is incorrect. Almaci would be omnipotent in other parties, but not in Groen. It is not Almaci who made Tinne Van der Straeten and Petra De Sutter ministers, it is the party base that did so, after a so-called, in green jargon, ‘support base test’ – rightly so, I think: what Frank Vandenbroucke is for the sp.a, De Sutter is for Groen. In fact, you knew well in advance that you weren’t a favorite after that basic democratic survey. So you did have the time to resign yourself to what was to come.

That brings me to a question that you can chew on in the coming years: aren’t you the man of political renewal, of the drawn panels and other frivolous stunts that must pass for grassroots democracy and citizen participation? That nonsense is even in the coalition agreement. Well, then you got what you wanted.

“Dissociated from Balotelli”. He goes out of his mind and throws the microphone. The others intervene