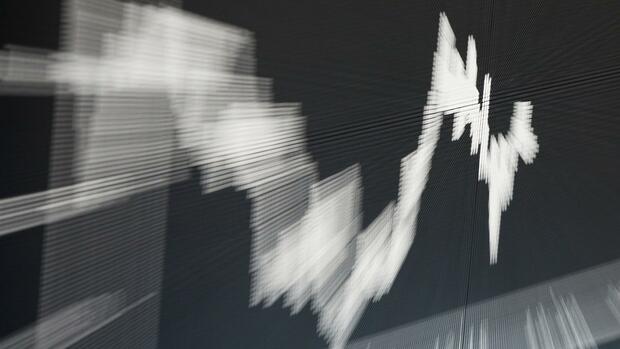 Dusseldorf The Dax was in correction mode on Thursday. At the close of trading, the leading German index was down 4.5 percent at 11,970 points, the largest daily loss in almost three months. In Hesse and thus on the Frankfurt stock exchange, Thursday is the feast of Corpus Christi, but there is still trading on the stock exchange.

The downward trend was further fueled by Wall Street’s poor start to trading. The Dow Jones was significantly weaker on Thursday.

All individual Dax values ​​closed in the loss zone. The economic worries hit travel and tourism stocks in particular, and the Lufthansa share closed more than nine percent in the red. The shares of the car manufacturers BMW, Daimler and VW also fell significantly. The industry experts from the consulting firm EY assume that the majority of the major manufacturers will have to present red figures in July.

Due to the current price slide, the Dax is now correcting its latest brilliant recovery rally, the fourth trading day in a row threatens with losses. At the end of the previous week, the German stock market barometer was still at 12,857 after having risen by almost 19 percent in just eleven days without a major stop.

So far, the Dax had held the 200-day line, which stands at 12,137 points. This line describes the moving average of the past 200 trading days. Now the Dax has broken down this line. As a rule of thumb, if the price breaks the 200-day line from top to bottom, it means sell. The price should continue to fall now.

Above all, the meeting of the Federal Reserve (Fed) the previous evening caused uncertainty among investors. The Fed signaled that the corona crisis would keep US key interest rates at the zero line for years to come. The pandemic and its consequences are likely to weigh heavily on the economy, the labor market and inflation.

The Fed is between crisis mode and aid, said Christian Scherrmann, economist at DWS Asset Management. “The uncertainties remain high and the prospects imply a long road to a final recovery.”

Fed chief Jerome Powell warned of considerable economic risks: “There is a very uncertain way ahead of the economy.” It will only become clear in the next few months where the journey is really going. The Fed expects economic output to plunge 6.5 percent this year and grow 5.0 percent in 2021.

The US Federal Reserve is no longer counting on a V-shaped course of the growth curve, in which a steep downturn in economic output is quickly followed by an equally strong upswing, but with a U: a low point is followed by a phase of uncertainty and only later by a phase slow recovery.

It fits in with the fact that the weekly number of initial applications for unemployment benefits in the United States only declines slightly. A total of 1,542 million citizens applied for government support last week, the Ministry of Labor announced on Thursday. Economists surveyed by Reuters had expected 1.55 million, following a revised number of initial applications the previous week of 1.897 million.

Lufthansa: With a minus of 9.1 percent, Lufthansa shares were among the biggest losers. Most recently, the titles were down 8.3 percent. Almost every fifth employee has to worry about his job. The airline is suffering massively from the coronavirus pandemic, in which air traffic has almost completely come to a standstill. The company now wants to negotiate with the unions on how personnel costs can be reduced. Due to the price slide, the Lufthansa share canceled out much of the recovery that it had started in mid-May.

Infineon: In addition to the bleak economic outlook, the chipmaker’s share also suffered from a negative vote by Credit Suisse. The Swiss bank resumed the underpinning of the chip group’s securities. Infineon papers lost 5.8 percent.

Europcar: The shares of the French car rental company fell 7.8 percent. They have lost almost half their value since the beginning of the year. The experts from the rating agency Moody’s cut their credit rating to Caa1 from B2 on Wednesday evening. “Today’s rating change reflects the longer-term impact of the coronavirus crisis on rental car demand, which will result in a weak credit environment and earnings for at least 2021,” said analyst Eric Kang.

The prospect of years of low interest rates in the US is causing investors to take bonds. In return, yields came under pressure on Thursday. The interest rate on ten-year German government bonds fell to minus 0.417 percent. In doing so, they followed the US stocks, whose yield fell to 0.671 percent.

In addition to the Fed’s gloomy economic outlook, the surprising rise in US crude oil stocks the previous day weighed on prices. Crude oil stocks in the US rose to a record high last week. According to the Ministry of Energy, they rose by 5.7 million to 538.1 million barrels. By contrast, analysts had expected a decline.

The ongoing correction in the intact medium-term upward trend from the March low could continue in the short term, the experts at Société Générale write.

With a view to the top, an increase of over 12,664 points per hour is required to receive a first relaxation signal. In the short term bullish with a possible target of 12,865 and 12,913 points, it would be above the reaction high at 12,764 points.

With material from dpa and Reuters.

More: In the opinion of the chief economic advisor to Allianz, it is not the fundamental data that drives the stock exchange, but the central bank – and it went too far.