Daniel is one of those people with whom it is difficult to guess if bother or feel like it. It is clear that the presence of people outside your herd alters his dearly lonely routine, his long walk from dawn to dusk, in this case, through the seaside of Collserola. You get lost for a moment and it has advanced a hundred meters because it is not convenient to lose the tinkling of cowbells.

In an environment where the murmur of the traffic of the Ronda de DaltYou can’t miss a second. “The other day I lost half of them, but they have no interest in going down to the city, just like me.” They appeared. Daniel Sanchez is the shepherd who defies the overcrowding of the Barcelona natural park and who dismisses the municipal ordinance that prohibits livestock. It is a rabadan in the middle of the digital age, with 21st century tics but with thousand years of history behind their backs.

He was born in Horta-Guinardó, precisely the district in which this three-month pilot test migration in the city. But he feels from another part. He has lived for 12 years in Sant Llorenç Savall (Vallès Occidental), in a house without running water -he uses the rain one- and with a solar panel that gives him a low consumption light bulb in each room. The shower? “Like the Japanese, with a towel and pouring bowls of hot water on me.” Previously he worked as a store boy and lighting technician.

Had a motorcycle accident and his life took a somersault. “I would have finished in the field anyway, but the fall speeded up the process. I stopped working so I could live this way“. During this experience in Barcelona he stays in a small prefabricated house. Without complaints, he says that it is more than enough. In the whole morning don’t let out a single cry; neither for the working conditions, nor for the crudeness of the trade, nor for the fact of never having known the holidays. “Wait, yes, last year I went to the beach one day. In the afternoon.”

did the shepherd course (two months of theory and four of practices) in the School of Shepherds of Catalonia, which this 2022 welcomes its 14th promotion. Learned topics related to feedinganimal health or conflict resolution. He says that many shepherds usually go ahead marking the way. But he is a bit of the Johan Cruyff of the thing: he likes to innovate. It is more to let do, to control from the rear or from the flanks with the help of four precious dogs, three ‘border collies‘ and a imposing mastiff eight-month-old who is better not to caress because he could lose his vigilante pedigree of the herd Left, right, up and down. They respond to Daniel’s commands with amazing precision. And from its constant perimeter movement arises the order that prevents the platoon from being scattered. One of the dogs, by the way, gave it to him Jordi Muxach, the legendary shepherd of the bitch Coloma deceased in October 2019.

Perhaps learning to resolve conflicts has caught your attention. In times of Instagram, to enter a field of turnips in bloom because everything is beautiful in yellow, nothing better than a picture with some sheep or a mountain dog. They are not an attraction or a pet. That does not imply that one cannot approach and commiserate. But before taking any step, it is necessary to ask the pastor. To Daniel, in this case. He is the one who sets the limits and distances. And who knows, maybe they’ll catch him at a good time and he’ll tell them an anecdote or explain something they didn’t know.

As its 300 sheep and goats have been hired by the Barcelona City Council to lend a hand, or a mouth, rather, in the fire prevention. What they are highly gregarious animals that they usually go in a group and that some of them were born to lead. Or that goats, more than sheep, tend to come forward “because they think they are superior.” There have been many occasions in which Daniel has had to draw someone’s attention who was walking with his dog. “All I ask is that you tie them up when they pass by.” To complete the circle of coexistenceremember not to shout, do not feed them and slow down if they pass by on a bicycle. Common senseafter all.

It is curious that this is happening in the city that has a legislation that prohibits livestock. It is, specifically, the municipal ordinance of activities and comprehensive intervention of the environmental administration of Barcelona. In its article 8 it makes it very clear that there are three things that have no place in the Catalan capital: nuclear, livestock and extractive or mining activities. That is, for the consistory at the beginning of the century, when the document was approved, it is at the same level raise animals in the skirt of the Tibidabo to open a small Vandellós in Poblenou or look for diamonds in the Morrot de Montjuïc. The current government has flirted with the idea of ​​modifying the text, but one year before the elections do not expect any municipal miracle. The pilot test circumvents the veto with the excuse of transhumance, with Daniel as transhumant. And, in fact, the idea is that the other mountain districts of Barcelona join in with own herds for years to come.

“The other day I lost half a herd, but there is no risk that they will go to the city. I have so little desire to go down to Barcelona”

Ferran Pauneecologist specialized in Extense livestock farming and coordinator of the pilot test through the Pascuum consultancy, maintains that up to seven different herds could be deployed in Barcelona, ​​and that the entire Collserola natural park could house between 30 and 40. The consortium of the Barcelona lung, in fact, he would like to launch this project as soon as possible, he assures, but first the involvement of the nine municipalities that surround these more than 8,000 hectares of miracle of nature. Ferran argues that he chose Daniel for “his ideal combination of goats and sheep“But something would have to do with the fact that we are above all a character, ideal to put on the front page an activity that fights for its survival.

It is often said that the shepherds who practice transhumance go chasing spring, looking for the best area to graze; plain in winter, mountain in summer. But this for Daniel is much more, “A lifestyle“, He maintains. If it was about that, to fill the pocket, I would have left it a long time ago. You don’t list your income., but it does make it clear that this is a job that gives to see how the Dow Jones goes. In the case of this 36-year-old pastor, it is not entirely an inconvenience because he has come to the conclusion that he can live with little, because having more money “it just makes you want to spend it more“. It is enough to avoid temptation, recipe. That is why he does not go down to the city. And when he does, it seems that, like urbanite horses, he puts on blinders that do not allow him to see beyond what is strictly necessary. He comes and goes Almost like holding your breath.

Daniel says that from his 300 goats and sheep he has learned to be patient and not look back. “Animals don’t think about the past, why do we?” He has realized that the behavior of the herd, and especially that of the dogs, is different when he has a bad day. They all seem to form a living organism. “Are they an extension of me or am I of them…?” he reflects. None of this, by the way, would have been possible without four people whom he earnestly asks to name. Go for it. Are Albert Fernandezwho helped him in his beginnings; David Rodriguezwith which he plans to partner soon; Yaiza Carballohis partner and ‘community manager’ of the Instagram account Happyxais.savally Helena Villamorfriend who was always for a broken and for a ripped.

Daniel stays sitting on a log, surrounded by dogs, in the shade, in an area just above the Vall d’Hebron Hospital. He has water, a can of preserves, the phone to take photos and videos, the cane, a knife. His herd and the whole afternoon ahead. Light luggage. 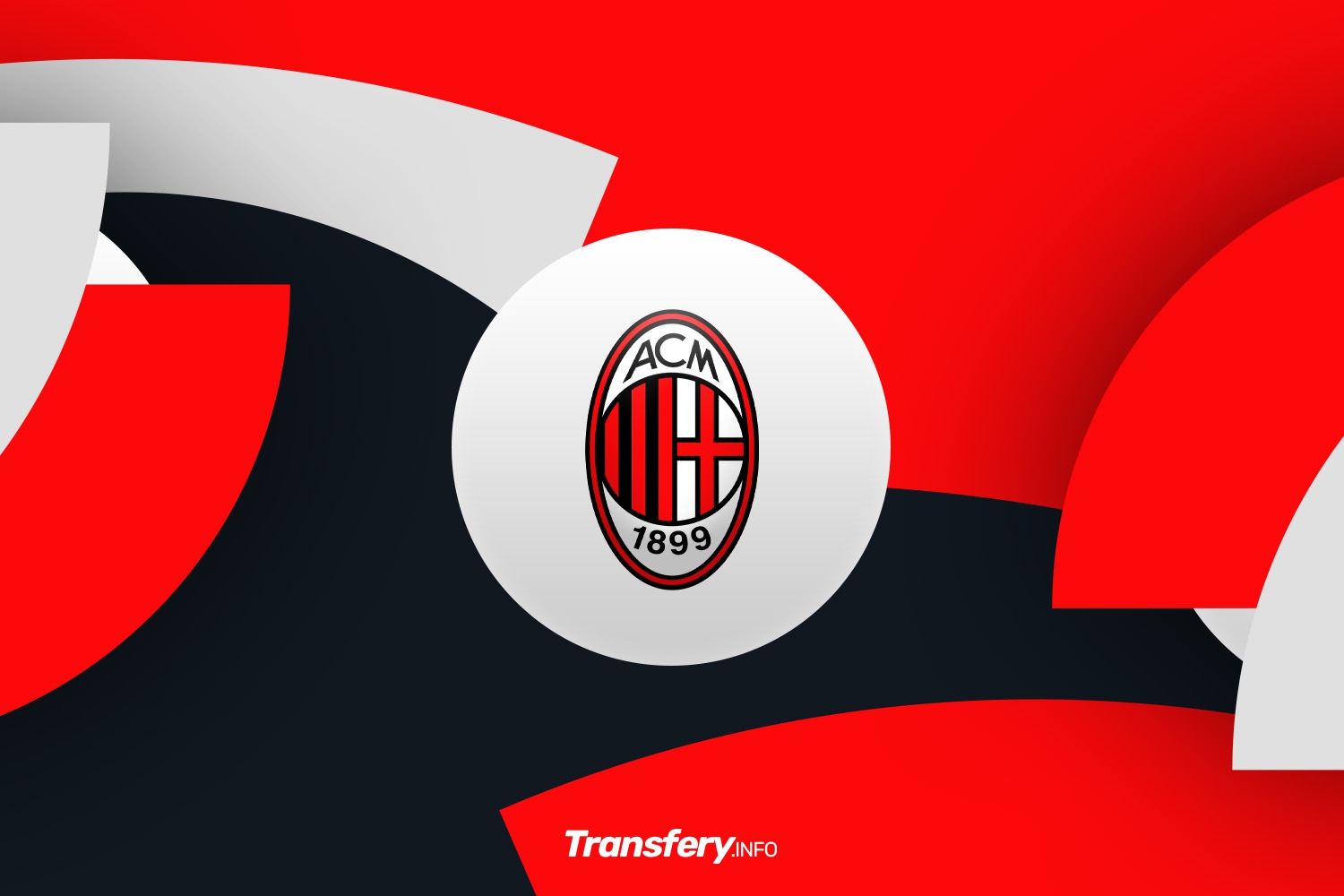 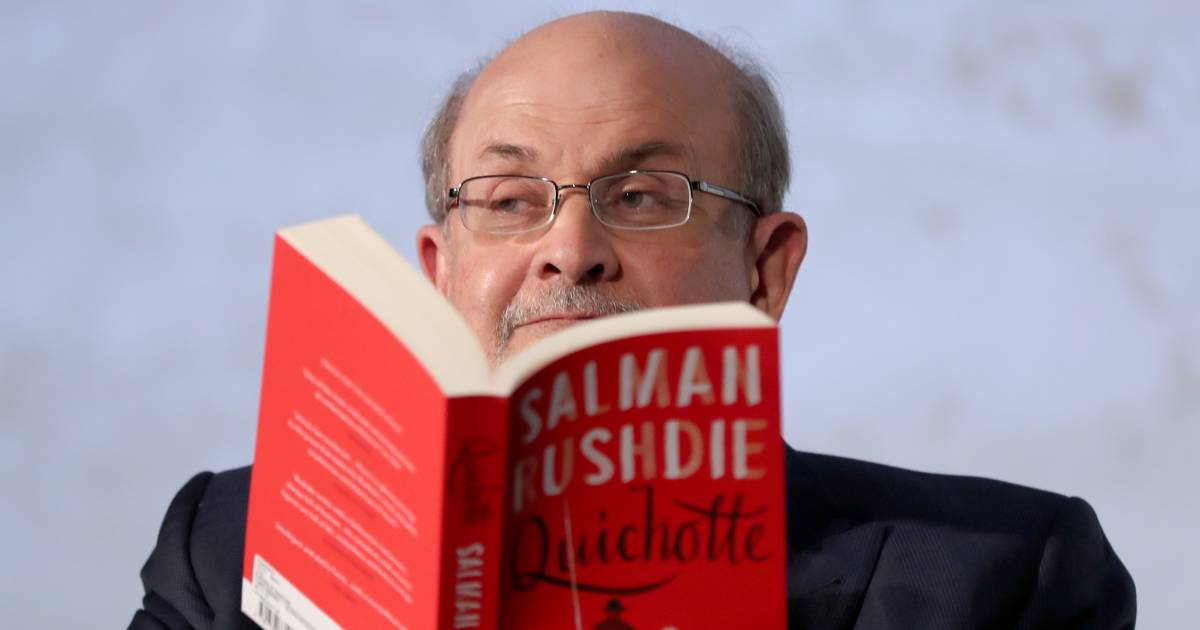 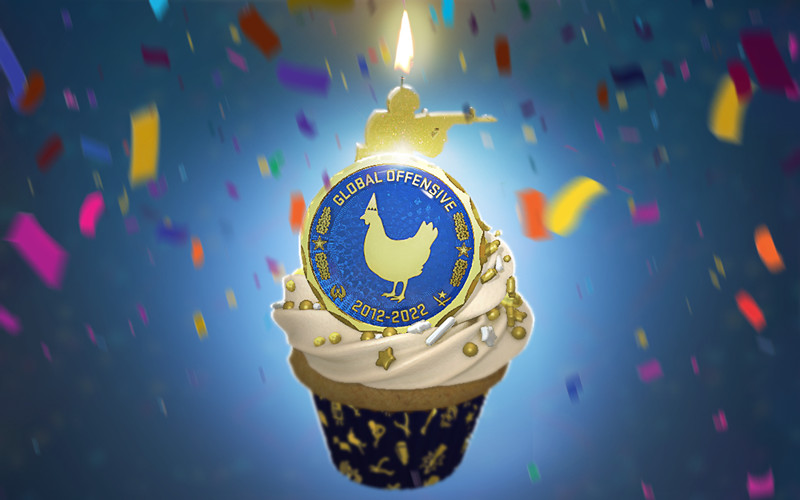 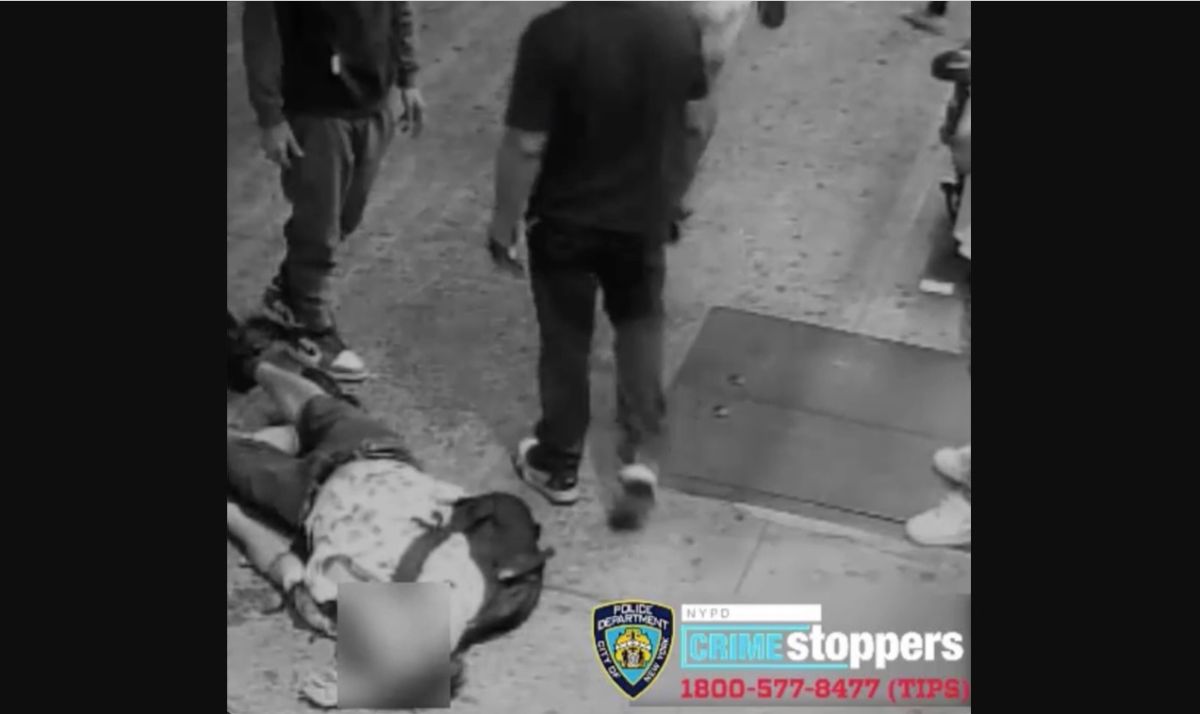 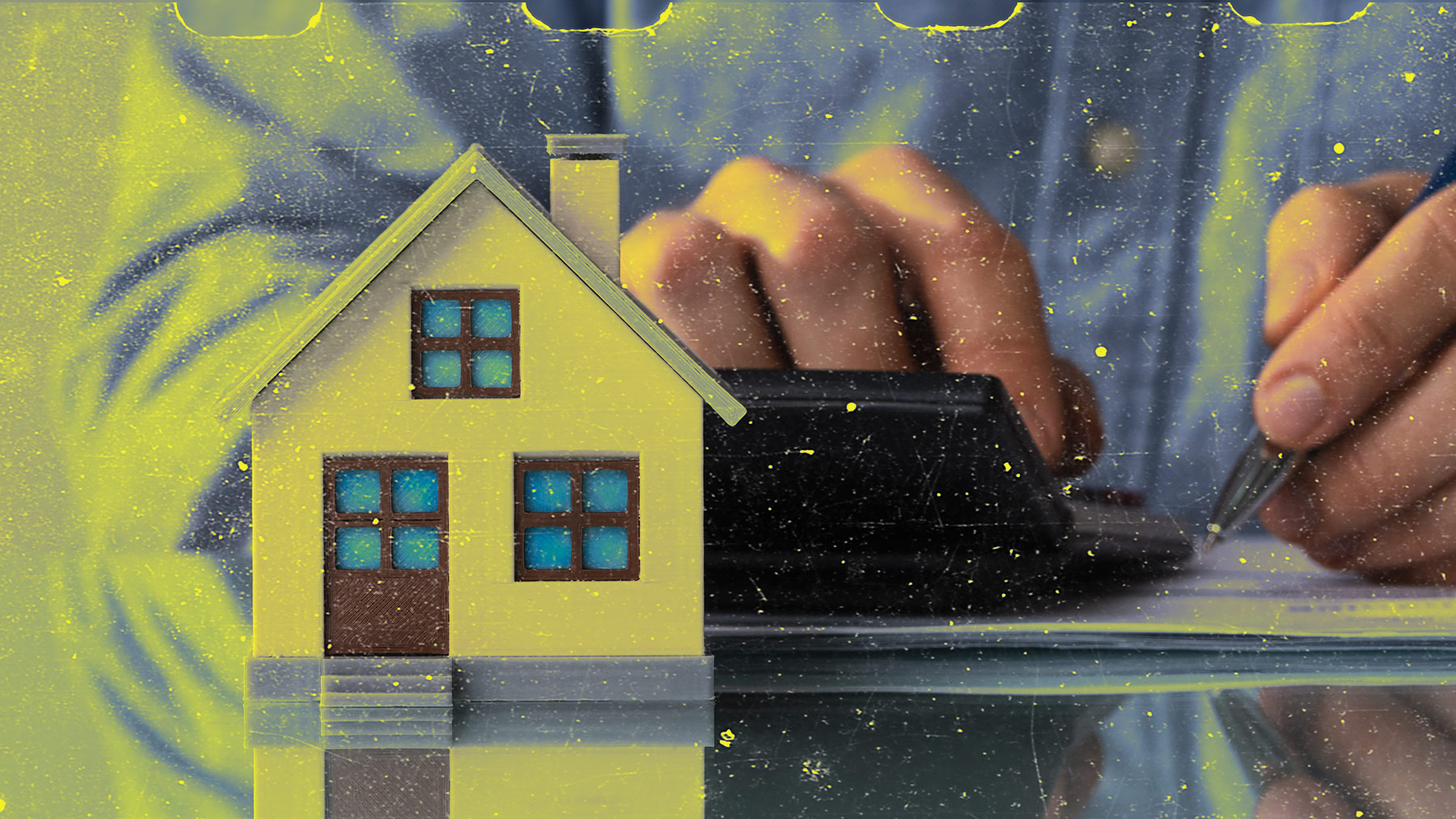 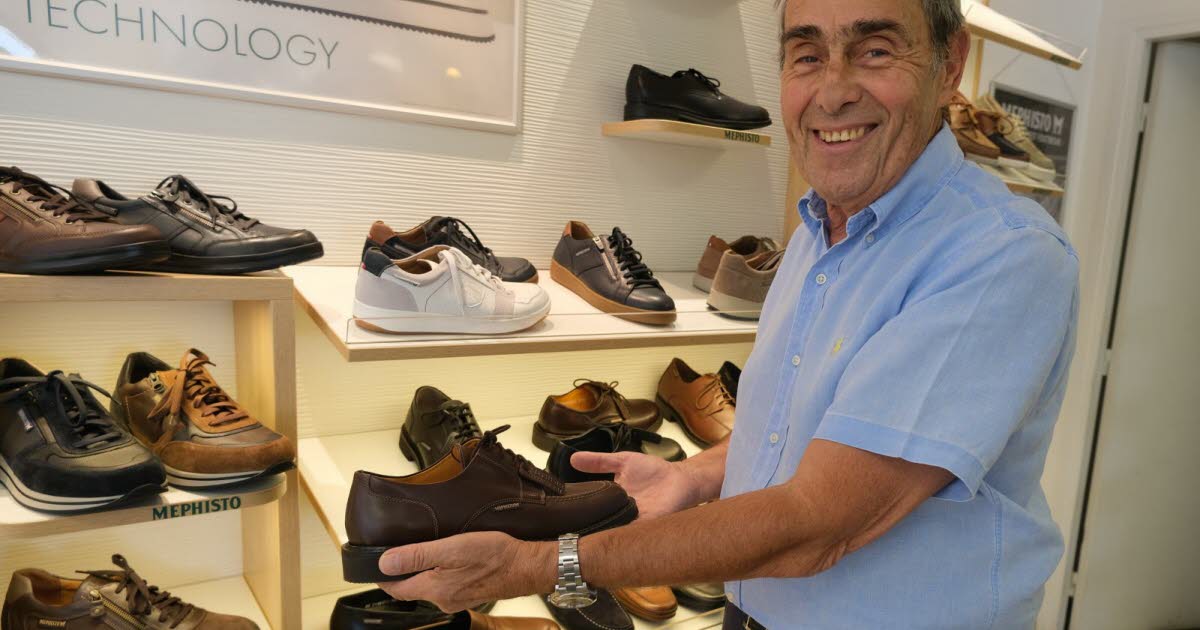