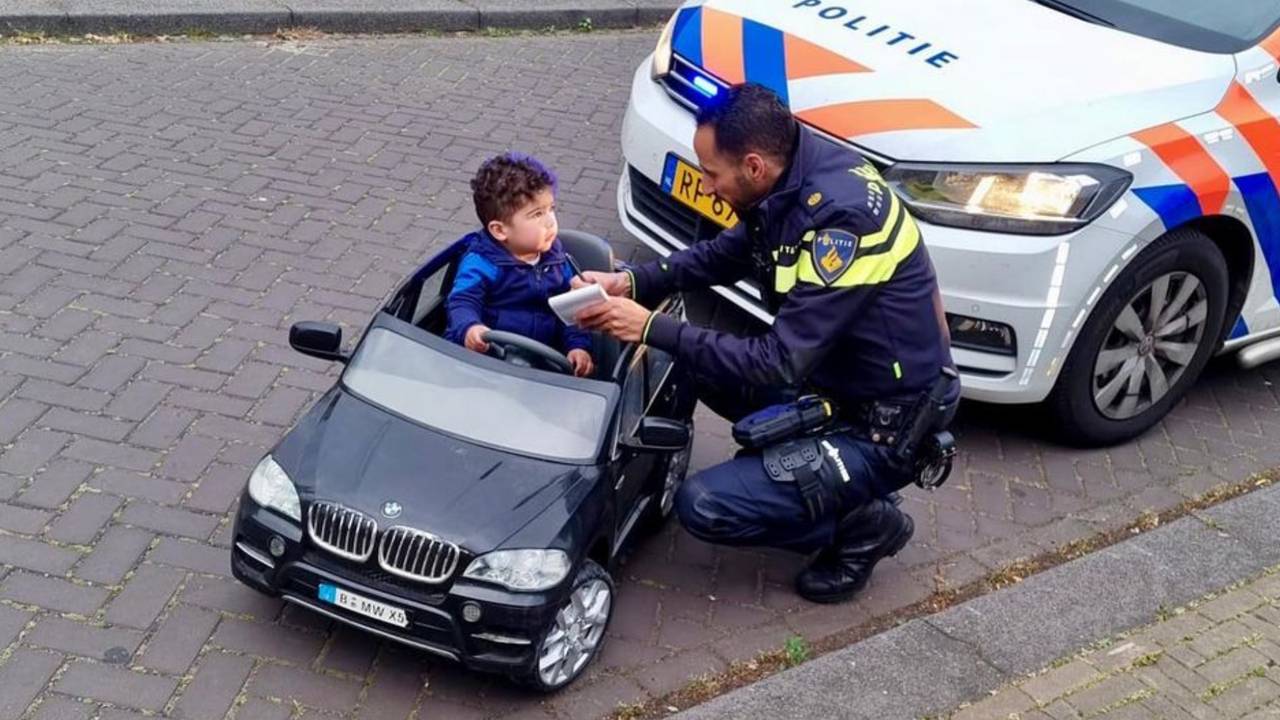 Neighborhood officer Hicham ended up in a special chase on Wednesday. In Boxtel he found a child of one and a half years behind the wheel of a BMW X5. That didn’t result in a fine, but it did result in the cutest chase ever.

Hicham is a local police officer in Selissenwal and Esch and encounters special things. When Hicham drove his service car in a neighborhood in Boxtel, he saw a small BMW X5 driving on the sidewalk – ‘a speed demon’, says the officer on Instagram.

Traffic ticket
“I turned on my flashing lights and gave a stop sign and was able to tell him to stop. Just had a chat with this tough boy and his father,” says the officer.

“After the stop, the driver turned out not to be in possession of a driver’s license. He didn’t understand it at all,” laughs Hicham, who then wrote “an article 107 Road Traffic Act”.

The fine was later withdrawn. “He was just too sweet!” concludes Hicham, who says that the boy’s father could also laugh about it.