Cristiano Ronaldo is in trouble because of his private plane

The return of Juventus striker, Cristiano Ronaldo, to Italy seems to have been postponed, as he cannot fly from the Spanish island of Madeira, his hometown where he is serving a period of self-isolation, to Turin.

Football Italia, citing TVI, reported that the private plane of the 35-year-old Portuguese star is in Madrid, and the request to allow the plane to take off twice was rejected, due to the restrictions imposed by the Spanish government on flights. 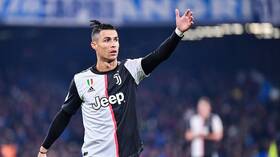 Juventus asked his players to return to Turin to undergo mandatory quarantine and resume training.

It is noteworthy that Ronaldo left Juventus training on March 3, after receiving the news that his mother was taken to the hospital after suffering a stroke, and landed in the airport “Funchal” in Portugal, accompanied by his companion Georgina Rodriguez and his eldest son Creciano Jr, to be beside his mother.

After that, the Italian league and almost all the leagues in the world stopped due to the Corona pandemic, so that the Portuguese star will remain since that time on the island of Madeira, his hometown, and spend his time with his family in quarantine.

It is worth noting that Juventus tops the table of “Calcio”, with 63 points, one point ahead of Lazio, the owner, after 26 rounds.

Nursing homes are looking for customization: ‘Closed? That never again ‘

What to do when you have low blood pressure

Parma-Inter: live and how to watch it on TV and streaming

The existence of a “second earth” in our neighboring system is confirmed – derStandard.at