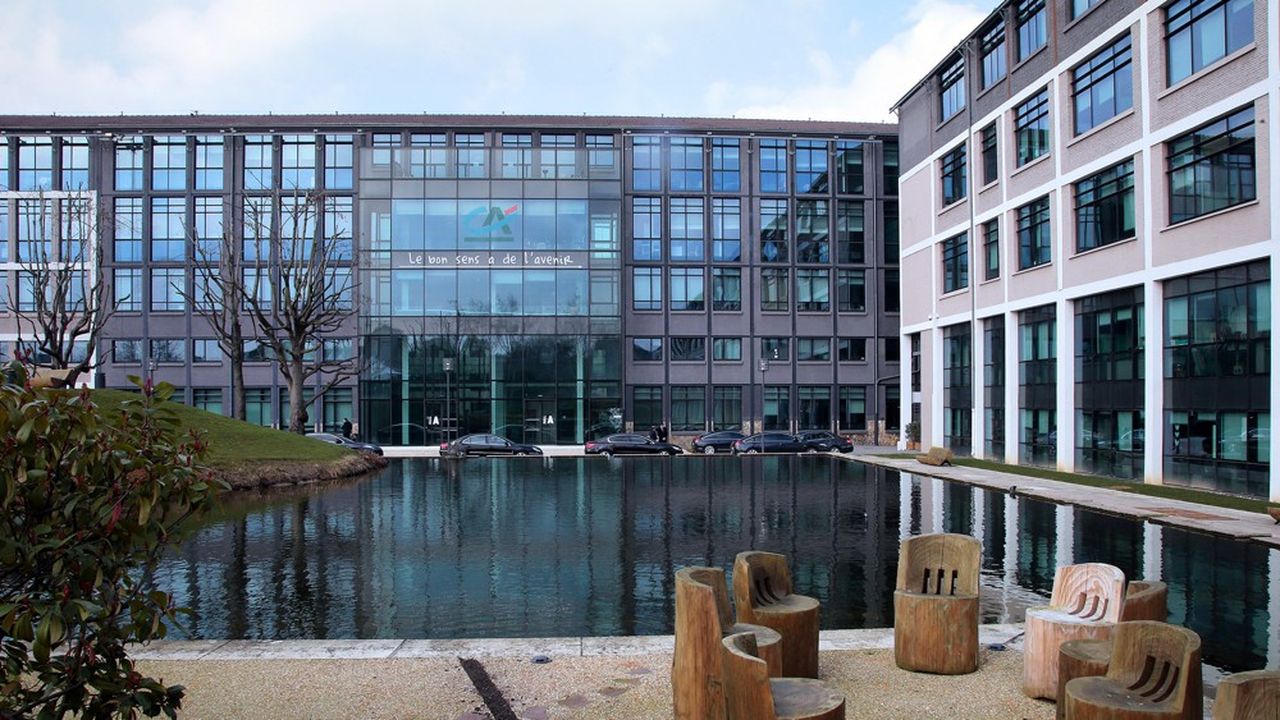 After Societe Generale and BNP Paribas, Crédit Agricole saw its turn of the year penalized by the coronavirus crisis. Crédit Agricole SA (CASA), the listed entity of the mutual group, published on Wednesday a group share of net profit of 638 million euros, down 16.4%, but above expectations. At group level (CASA and the 39 Regional Banks), the movement is even more visible, with net profit attributable to the group down 32% over the first three of the year to 908 million euros.

” I will not qualify this result “, Warned Philippe Brassac, CEO of Crédit Agricole SA from the outset. In his eyes, the Covid-19 was tackled on a well-oiled banking machine. With revenues rising (to 5.2 billion euros), and increasing faster than management fees, the green bank is improving its gross operating income.

But at the same time, CASA had to almost triple its supplies. They increased by almost 400 million euros (650 million for the whole group), bringing the cost of risk to 621 million euros (against 225 million a year earlier), a relatively low level (0 , 61% of outstandings).

These provisions do not mean that payment incidents are increasing. New accounting rules (IFRS 9) lead to provision for losses ” expected “, But not necessarily proven. Thus, 56% of the increase in the cost of risk corresponds to outstandings still ” healthy ” This does not exclude new provisions in the coming quarters. ” What had to be done in the first quarter was done in the first quarter “, Soberly commented Jérôme Grivet, deputy managing director of CASA, during an investor conference.

Another effect of the Covid, the group was penalized by the extreme volatility of the end of March. Several portfolios are valued in “mark to market”. In other words, when the accounts were closed at the end of March, it was the degraded value of certain assets which was photographed, leading to depreciations, which are deducted from income. On insurance, this represents an impact of 246 million euros. The regional mutuals have also suffered an impact on their liquid assets, but they do not quantify it.

“We know what to do”

On the other hand, unlike its rivals, the investment bank of the green bank (CACIB) suffered little, with revenues and an increase in profit. The presence of equity derivatives – on a smaller scale – explains why the losses caused by the “dislocation” of the markets there are around twenty million euros, much less than at Société Générale and BNP Paribas.

Beyond its group health, the green bank insists on its role in the “portage” of the economy wanted by the State during the confinement, via extensions of deadlines or the distribution of loans guaranteed by the state (PGE). ” This portage plan, at 20 or 30%, is us “Explains Philippe Brassac who drives the point home:” It is playable because we know what to do, and we do it ” Among other measures, the group estimates that it has already granted 19.5 billion euros in PGE.