Beijing is extremely sensitive to territorial issues and wants to isolate Taiwan, whose office was opened in Vilnius, on a global scale.

Lithuania and China were almost on the brink of severing diplomatic relations. Lithuania’s Foreign Ministry has recalled its ambassador to Beijing for consultations in response to a similar measure by its Chinese counterparts. China also began to curtail trade relations with Lithuania.

The conflict was provoked by the decision of the Lithuanian authorities to open a diplomatic representation of Taiwan in the country, whose independence is strongly rejected by the Chinese authorities. Washington and Brussels supported Vilnius. Correspondent.net tells the details.

It’s about the wording

Lithuanian Ambassador to China Diana Mitskevichene returned home for consultations on Saturday. At the same time, as noted in the Ministry of Foreign Affairs of the Baltic country, the embassy in Beijing continues to work “as usual.”

The ministry explained that they took such a step in connection with the decision of China, which on August 10 recalled the Chinese ambassador to Lithuania Shen Zhifei for consultations.

Relations between the two countries escalated on July 20, when the Lithuanian Foreign Ministry announced Taiwan’s plans to open an office in Vilnius.

The head of the island’s administration, Tsai Ingwen, “happily” confirming this news on Facebook, called the Lithuanians “like-minded friends.” The Minister of Foreign Affairs of Taiwan, Joseph Wu, specified that it is about the opening of the Taiwan representative office in Lithuania.

“This decision grossly violates the spirit of the communiqué on the establishment of diplomatic relations between China and Lithuania and seriously undermines the sovereignty and territorial integrity of the PRC,” the Chinese Foreign Ministry said in a statement.

From the Chinese point of view, if someone uses the word Taiwan, then they are in favor of separating from China. Lithuania denies this intention. In Vilnius, they say that this representation is unofficial and that Lithuania still recognizes Taiwan as part of the PRC.

“They are trying to bring us to our knees and turn us into a second-rate state that can be punished. We want equal relations with China,” Zhigimantas Pavilenis, chairman of the parliamentary committee on foreign policy, was indignant on the air of the national radio LRT.

The next day, August 11, the United States stood up for Lithuania. “We support our ally Lithuania and condemn China’s actions,” said US State Department Speaker Ned Price.

Secretary of State Anthony Blinken himself said a little later about “indestructible solidarity” with Lithuania, “facing pressure from the PRC.”

A statement in support of Vilnius was also adopted by the chairmen of the parliamentary committees on foreign policy of Britain, Germany, France, the Netherlands, the Czech Republic, Sweden and Ukraine.

“Intervention in the affairs of a member state of the EU and NATO is not an acceptable practice,” the document says. In response, the Chinese Foreign Ministry said that if anyone conducts “coercive diplomacy,” it is the United States.

Taiwan proclaimed itself the Republic of China in 1949 after the supporters of the Kuomintang party fled to the island, who lost in the civil war in China to the communists led by Mao Zedong.

Since then, Beijing has viewed Taiwan as a rebellious province and has threatened to forcibly reunite it with mainland China. Internationally, Beijing is seeking to isolate the island.

Taiwan is recognized as a sovereign state by only 20 countries, mostly small, although until the 1970s the Republic of China was recognized by most states and international organizations as the legitimate authority of all of China.

Now Beijing, guided by the doctrine of a united China, does not allow diplomatic relations with either the PRC or Taiwan.

The opening of a Taiwanese office in Lithuania is the latest and loudest step by Vilnius, which angered China, but not the only one. In May, Lithuania withdrew from the Chinese 17 + 1 format, which China is using to develop cooperation with the countries of Central and Eastern Europe.

In addition, the Lithuanian parliament strongly condemned crimes against humanity in China, as well as genocide of Uyghurs, which Western countries blame the Chinese authorities for.

Amid aggravated relations, Chinese media outlets, including the Global Times, which broadcasts Beijing’s position in English, erupted with angry articles about Lithuania. In one of the materials, Lithuania is called “a tiny, distraught country, seized by geopolitical fears.”

Chinese media emphasize that this is the most anti-Russian country in Europe. Consequently, Moscow and Beijing should unite and punish it roughly.

“China and Russia need to jointly deal a strong blow to the US henchmen in order to teach a lesson to other states. This should serve as a new link in Russian-Chinese strategic cooperation,” the Global Times article says.

The South China Morning Post emphasizes that China’s harsh reaction is caused by the fact that it fears that other EU countries would not follow Lithuania’s example.

However, the representative of the Office of the State Council of China for Taiwan Affairs linked the pro-American policy of Lithuania with the intention of the United States to strengthen support for the ruling Democratic Progressive Party on the island and personally to President Tsai Ing-wen.

Despite the fact that the PRC did not officially impose sanctions against Vilnius, the State Food and Veterinary Service of Lithuania reported that the PRC’s sanitary service had suspended the certification process for a number of Lithuanian products, which is why it cannot enter the Chinese market.

“[Власти Китая] stopped the certification processes. The questionnaires are not filled out due to the lack of checks on their part, and everything has stopped. We have not received any indication from them that product approval could be stopped. They just don’t do anything. I cannot comment why “, – quotes Baltnews representative of the Lithuanian side.

However, a number of experts believe that, despite the threatening statement of Beijing, Lithuania should not be afraid of really serious consequences for its economy. For example, David Scott of the Center for International Maritime Security is skeptical that Lithuania will face any significant long-term repercussions.

“I don’t think China’s veiled threat to cut off trade with Lithuania is particularly credible,” Scott said in an interview with Emerging Europe.

“In other words, China currently benefits from trade with Lithuania, while Lithuania does not,” says David Scott.

Another expert, Wei-ching Li, professor of East Asian international relations at Wake Forest University in the United States, agrees that Lithuania is unlikely to suffer financially from Chinese economic constraints.

In addition, Li is confident that Beijing’s “aggressive threats” would rather damage China’s international image than force Vilnius to behave differently.

“While China’s state media argued that Lithuania must pay the price for playing the Taiwan card openly, Lithuania seems determined to continue its current policy,” Li said, adding that China must make sure that its economic sanctions may affect Lithuanian diplomacy. 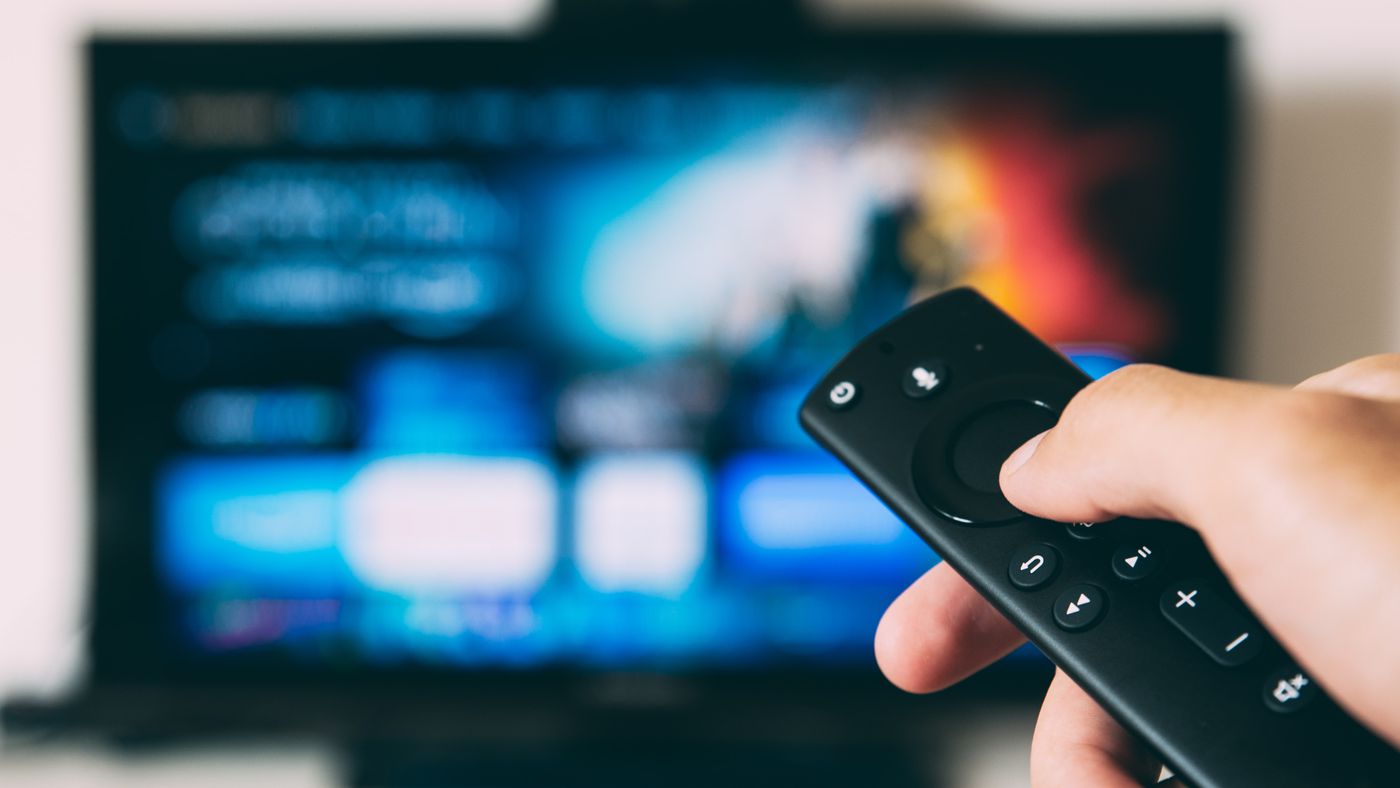 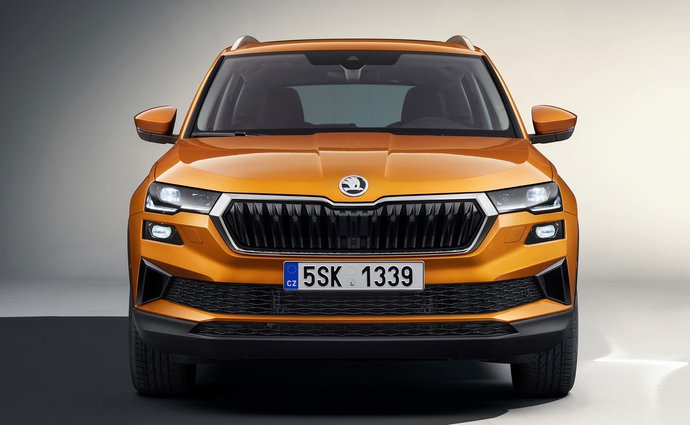