Covid. The Indian Ocean at war with the South African variant 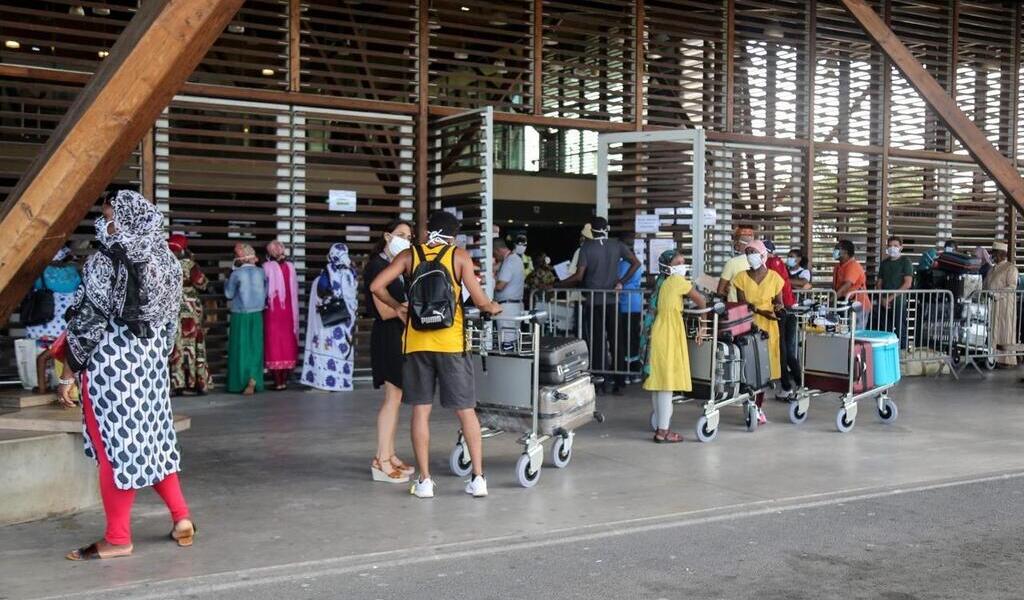 In Réunion and especially in Mayotte, a race against time is launched against the multiplication of infections in South African variant 501.V2 of the coronavirus. While researchers from the Réunion laboratory are working day and night on its sequencing, elected officials, health and state authorities are closing airports, ports and limiting the gatherings so essential in island culture.

In recent days, microbiologist Patrick Mavingui and his team from the Infectious Process in Tropical Island Environment laboratory at the University of Reunion have been sleeping little. Because, in the Indian Ocean, concern is mounting over the arrival of the 501.V2 variant of the SARS-CoV-2 virus, commonly called the South African variant. Indeed, on January 15, a first carrier was detected in Mayotte then three more the following days. Ditto, in Réunion, four cases were identified. Contamination of people who have traveled to neighboring Comoros or from South Africa.

But these first results took a long time since it was necessary to send, by air and in a cooler, the tests to the Institut Pasteur in Paris or Lyon and wait ten days.

It is to win this race against time of a very contagious variant that the Reunionese researcher’s laboratory was called upon: “In 48 hours, we can sequence the genome here. So we will be able to speed up the screening. Moreover, in recent hours, we have analyzed twenty-three new samples. “

“We are on the edge of the abyss”

The key is to go quickly to trace and isolate. At the same time, the prefectures of the two departments have taken strong measures to limit travel between the islands, the African continent and France. In Mayotte, international flights and maritime connections have been suspended for two weeks, a curfew implemented from 6 p.m. since Wednesday evening and means deployed to monitor the arrivals of kwassa, illegal boats from the Comoros.

The prefect, Jean-François Colombet did not hide the fact that the island was preparing for “Very serious difficulties” if the spread of the variant was not contained quickly.

On the side of the Regional Health Agency (ARS), Director Dominique Voynet bluntly warns: “With this variant, there is more contagiousness, therefore more cases revealed, serious cases and more deaths. If we do nothing, we are on the brink ”.

And Mayotte has only sixteen intensive care beds. A capacity that can double and be amortized by medical evacuations to Reunion, but an epidemic out of control would quickly overwhelm the services: “Yesterday, in 24 hours, we had three hospitalizations in intensive care for Covid, which we had not seen for weeks. And young patients, without comorbidity. “

So, as the prefect recalled, there is the urgency of a general mobilization: “ Friends, parents, children, bride and groom, elected officials, religious leaders, employers, employees, customers, traders, players in the sporting and cultural world, public officials and representatives of the State, each of us can and must join hands ”.

An all-round awareness that tends to counter all forms of gatherings, so inherent in the Mahorais way of life, such as the traditional desire which, every weekend, brings together families and friends by the beach around a barbecue. Or the manzarakas, large weddings where hundreds of guests eat and dance together for several days.

In accordance with the prefect’s response plan, a #curfew will be implemented tomorrow, from 6 p.m. to 4 a.m.
To travel, bring a derogatory certificate, proof of business travel or proof of school travelhttps://t.co/F1UnEC1yQb pic.twitter.com/rxu88V988a

“These events must not be held together, it must be explained that they can endanger the life of others”, he hammers. It is also to strengthen the control of offenders that mayors have been invited to report any collective meeting in their municipalities.

Another pitfall, how to isolate the sick when the island has a very limited hotel and accommodation base and already overbooked by security and health personnel on mission? How to achieve effective septaines when a large part of the population lives for several generations under one roof in tin shacks and unsanitary habitats?

“In a culture where the collective takes precedence over the individual, it is true that the possible measures in France are difficult to sustain here, adds Dominique Voynet. This is why we have a lot of prevention and educational work in the neighborhoods with the health mediators who tirelessly explain the emergency measures. During the first wave, we often had to start again, with some families, all from zero on basic information. We had people who thought they were protected from the virus because they were sleeping under a mosquito net. “

How to stand a meter away by widening your arms, wash your hands well despite a chaotic water network, make yourself understood by those who do not speak French or Shimaore, the Mahorese language, or neither of the two . As is the case with illegal Comoros who arrived on the island aboard the kwassas.

The fate of immigrants during an epidemic is of great concern to rights groups. With the drastic measures announced by the authorities, many fear the amalgamation of a South African variant imported from makeshift boats. However, the health authorities recall that in the first cases, only one had arrived in the territory clandestinely.

It is another of the local realities, the families of the two archipelagos meet regularly because they are linked by a common and recent history of France. Until the independence of the Comoros, in 1975, came to put a border between sister islands.

So the trips between the two are not only the result of clandestine passages but often affinity. Thus, since the stoppage of air and sea links, Mahorais on private visits are stuck in the Comoros.

The circulation #covid South African is confirmed to #Mayotte. I continue to mobilize so that the vaccines finally arrive and strengthen the control of our borders. We only have barrier gestures mask hand washing to face this day https://t.co/HqyOtbPVQO

“This supposed stigmatization of illegal immigrants carrying the virus is false, reacts the deputy Mansour Kamardine. The other means of accessing the territory have also been strengthened, so whether you are metropolitan, Mahorais traveling by plane, everyone is concerned by severe screening and traffic measures on the island ”.

The elected Republicans regularly protests against the lack of resources deployed by the State to fight against illegal immigration. Last week, he called for “The organization of a blockade of the arrivals of kwassas”. A request that he considers satisfied with the announcement of the prefect to appeal to private nautical and air operators to “Intercept by all means” the new arrivals.

All on the war footing at sea, in the air but also in political offices. Because to avoid a dramatic epidemic, the two States would need to carry out coherent policies in terms of prevention and support for patients.

But the wheels of Franco-Comorian cooperation are often seized up. Many denounce the neighbour’s delay in the fight against the virus, eyes a little too closed on the traffic of false negative tests for travelers departing from the Comoros and figures a little far from reality. Today, the official death toll is 51 since last spring, against 58 in Mayotte.

In his laboratory in Réunion, far from controversy, researcher Patrick Mavingui continues to scrutinize the genome while maintaining morale: “Humanity has conquered terrible pathologies, science has always known how to adapt to mutations, to develop vaccines, to design drugs. Yes, this coronavirus seems to always be one step ahead by multiplying the variants, but that time will stop, I’m sure. “