Covid struck again! Coach Šilhavý is waiting with nine players in Israel. Nine more will fly behind him from Cyprus

Vladimír Darida shoots from the penalty area the winning goal of the Czech team in the preparatory match against Cyprus.

Even before the trip to Cyprus, a coronavirus appeared in one of the players in Pilsen, who also came into contact with their club teammates, so the trio of Kalvach, Kopic and Ondrášek had to leave the national team.

In Larnaca, the coronavirus struck again. Before Sunday’s match of the League of Nations, which is to be played by the Czech national team against the home team of Israel in Haifa, the whole expedition in Cyprus underwent another series of doughs for covid-19.

“The results, which we did not receive until the early Saturday hours of Cypriot time, revealed three positive cases of covid-19 and another 16 inconclusive cases throughout the team. The three are players. Positively tested people have been placed in isolation and are in quarantine. at the moment without symptoms, “announced Michal Jurman, a spokesman for the FACR.

Alarm in the national team! One of the Pilsen players arrived at the meeting with the covid, the trio will not leave Victoria

“Based on 16 inconclusive results, this group has been retested since Saturday morning in Larnaca. We are waiting for the results and the FACR is taking all steps to ensure that the match in Israel takes place on Sunday at the original date and time,” the spokesman added. The results of control tests should be known during the afternoon.

Another detailed report arrived before noon. “Negatively tested people, among whom, in addition to the members of the implementation team led by coach Šilhavý, are also nine players, are moving to Israel according to the original plan. Following the air route Prague-Israel, the staff will then be supplemented by additional players from the Czech highest competition. The effort of the FACR is to transport players who will complete the original team to the venue of the upcoming match during Sunday morning, “Jurman announced.

In team @ceskarepre_cz three positive tests appeared. Testing is underway in Cyprus and the FACR is taking every step to ensure that Sunday’s match in Israel takes place.https://t.co/X5UOhkkxDz

In the early evening, more optimistic information arrived from Larnaca.

“Fourteen people, including ten players, were negative after Saturday’s second test and are available for the national team,” confirmed Michal Jurman from Cyprus. “Three positive people were reaffirmed with a positive result during the second test, and two others were reaffirmed. the result is again inconclusive. “

A certain relief is that the national team does not have to look for a new coach this time.

“The coaching team flew to Israel, whose tests were negative in Cyprus, in a complete line-up, led by Jaroslav Šilhavý. The coach and his colleagues are ready to lead the national team in Sunday’s match against Israel, “Jurman assures. 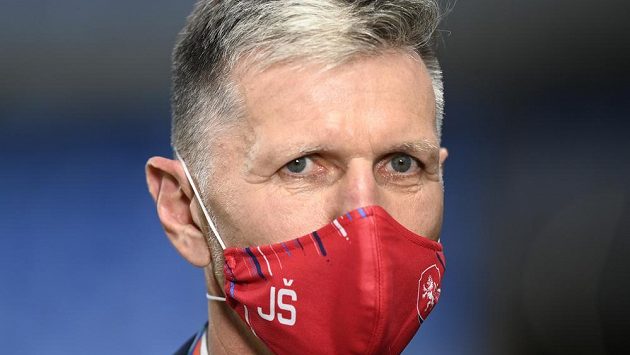 Coach Jaroslav Šilhavý before the match in Slovakia.

The coach, together with some of the members of his implementation team, went to Israel, where he will be waiting for other players.

“He will choose nine out of ten who are currently in Cyprus and that we are able to move to Israel on Sunday morning. He will have eighteen negatively tested players,” a spokesman for the football association said as the move would take place and how many footballers Šilhavý would have. finally available for the match in Haifa.

In the Jewish state, due to the worsened epidemiological situation, there are strict coronavirus measures and even a nationwide closure. The Czech team received permission to travel before the October meeting thanks to an exception for professional sports. Sunday’s match has a kick-off in Haifa at 20:45. In October, the representatives will play on Wednesday of the match in Scotland, where the team is to move from Israel.

Even stricter measures did not help

The Czech team had similar problems with coronavirus a month ago. Due to two positive tests with members of the implementation team, the team had to isolate in September after winning 3: 1 in Slovakia in the opening duel of the League of Nations and the subsequent match at home with Scotland FAČR quickly composed a new selection exclusively from Czech league players. The improvised team unluckyly lost 1: 2.

The hastily put together Czech selection bothered the Scots until the end. He was beaten by a penalty

Due to the problems in September, the FACR further tightened measures against the spread of the disease. Until the results of Monday’s first tests in Prague, individual members of the team were isolated in hotel rooms, and the entire implementation team underwent another round of sampling last Friday. In connection with the pandemic, the FACR has prepared its own manual and a special player card for players from abroad. At the same time, it provided detailed information to all clubs that supplied players. All members of the national team are isolated from other people during the meeting.

The economy in the third quarter of 2020 shows a recovery