Here we follow all developments on the spread of SARS-CoV-2 on an international scale.

SEE THE INFOGRAPHY WITH ALL UPDATED DATA OF THE SITUATION IN PORTUGAL. CLICK HERE

Another 50 deaths were registered and there are 421 more hospitalized people.

Last Friday, the Belgian Government enacted several measures that went into effect on Monday, with the aim of mitigating the spread of the new coronavirus in Belgium.

Among the measures approved, mandatory curfew was decreed across the country between 00:00 and 05:00 and the closure of all bars and restaurants.

India has registered 702 deaths and 55,839 infected with the new coronavirus in the past 24 hours, health officials said today.

With this new balance, the country raised the total number of deaths to 116,616 since the beginning of the pandemic, with the number of cases exceeding 7.7 million.

The Electoral Commission issued an alert after the political campaign drew crowds, with people not wearing masks and disrespecting social detachment in the state of Bihar, where voting for state elections is due to begin next week.

Bihar is the third largest state in India, with a population of around 122 million people.

Health officials are also concerned about the potential spread of the new coronavirus in celebrations for upcoming religious festivals.

“Our analysis shows that the increasing sales of toilet paper, disinfectants and soaps”, reads a post on Twitter.

The China Health Commission announced today that 14 cases of covid-19 have been identified in the past 24 hours, all from abroad.

Authorities said that, in the past 24 hours, 16 patients were discharged, so the number of infected people active in the country stood at 245, including two critically ill patients.

Since the beginning of the pandemic, China has registered 85,729 infected and 4,634 killed due to Covid-19.

8:24 am – Brazilian senator dies of complications associated with Covid-19

We communicate that on this night (October 21) the Lord Jesus gathered for himself our beloved brother, Senator Arolde de Oliveira.

The family thanks the affection and prayers. More information a posteriori.

Oliveira, who had been hospitalized for more than 15 days in Rio de Janeiro, died as a result of bankruptcy of several organs.

He is the first Brazilian deputy to die of complications from the new coronavirus.

8h15 – Argentina with daily record of cases and 423 more dead

Argentina recorded an additional 423 deaths and 18,326 infected with the new coronavirus, a daily record of contagions, officials said on Wednesday.

With this balance, the total number of cases since the beginning of the pandemic increased to 1,037,325 and that of deaths to 27,519.

More than 4,500 people are hospitalized due to covid-19, with the Ministry of Health indicating that 840,520 patients have been reported as recovered.

In Argentina, where isolation measures have been in place since March 20, 2.7 million tests were carried out to detect the new coronavirus.

Mexico recorded 522 deaths and 6,845 infected with the new coronavirus in the last 24 hours, bringing the total number of deaths to 87,415 and the number of cases to 867,559 since the beginning of the pandemic.

The new cases announced on Wednesday represent the highest daily number of infections identified in October, after the 6,751 contagions recorded on the 16th, Mexican health officials said.

In the last 24 hours, the accumulated cases resulted in an increase of 0.79% in relation to the previous day, while deaths grew 0.60%, they added.

Covid-19 is the fourth leading cause of death in Mexico, behind only heart disease, diabetes and malignant tumors, according to data from the National Institute of Statistics and Geography.

The European Union heads of state and government will meet again on the 29th, by videoconference, to analyze the situation of the pandemic.

The President of the European Council invited the leaders to this informal videoconference. It is the third call within a month.

The biggest percentage increase occurred in Slovenia, where curfews have already been imposed.
Germany with unprecedented daily increase in cases

In Germany, 11,287 new infections were confirmed by SARS-CoV-2. It is the highest number of new infections so far in a single day.The German Health Minister also tested positive for the new coronavirus.

Compared to the last most serious assessment, there is an increase of more than 3,000 new infections in 24 hours.

In the Czech Republic, partial containment comes into effect this Thursday. The measures are aimed at curbing contagions.

Restrictions on the movement of people were imposed and most stores are closed. With the exception of supermarkets and pharmacies, trade will be closed until November 3.

The increase in new infections peaked on Tuesday, with more than 11,000 cases.

The French Government wants to extend the state of health emergency until February 16 of next year. The Executive believes that it will be necessary to continue to have restrictions on the opening and operation of commercial establishments until April 1.

Until that date, the constraints to carrying out social cultural and sporting events should be maintained.

This week, the barrier of two thousand patients undergoing resuscitation was surpassed, which was not the case for five months.

Hospitals are still a long way from the 7,000 intensive care cases recorded at the peak of the pandemic in April, but there is a daily average of 200 new entries for patients with Covid-19 in serious condition.
In Spain

Spain is the first country in western Europe to reach one million infected.

The country recorded a new daily record, almost 17 thousand new cases, which brings the total number of contagions to more than one million and five thousand people.

Symbolic number that coincided with the day when the extreme right-wing party Vox presented a motion of censure to the government of Pedro Sánchez, criticizing the management of the pandemic.
Rising cases in the Northern Region of Portugal

The prime minister dismisses the hypothesis of a sanitary fence or mandatory confinement in the three counties of Vale do Sousa where there was an exponential increase in the cases of Covid-19.

Even so, António Costa announced that differentiating measures will be taken to contain the pandemic in the region.

After the meeting with the mayors of Paços de Ferreira, Lousada and Felgueiras, António Costa also announced the increase in testing capacity and epidemiological inquiries.
The picture in Portugal

The figures in the latest epidemiological bulletin from the Directorate-General for Health, released on Wednesday afternoon, show that the country has recorded the second day with the most infections since the beginning of the pandemic: there were 2535 new cases.

16 more people died. Thirty-five had to be admitted between Tuesday and Wednesday. Even so, it is the lowest number of hospitalizations in the last four days.

The director-general of Health left yesterday an appeal for people who were discharged to be accepted without fears or restrictions.

Graça Freitas returned to talk about the requirements for discharge, after ten days, without the need for a test.The international framework

The Covid-19 pandemic has already caused more than 1.1 million deaths and more than 40.8 million cases of infection worldwide, according to the balance sheet which is constantly being updated by the agency France Presse.

One of the volunteers who participated in the clinical trial of the AstraZeneca vaccine for Covid-19 died.

The death occurred in Brazil, where the authorities guarantee that the tests will not be interrupted.

Covid-19 is the disease caused by the new SARS-CoV-2 coronavirus, identified in late December in Wuhan, a city in central China. 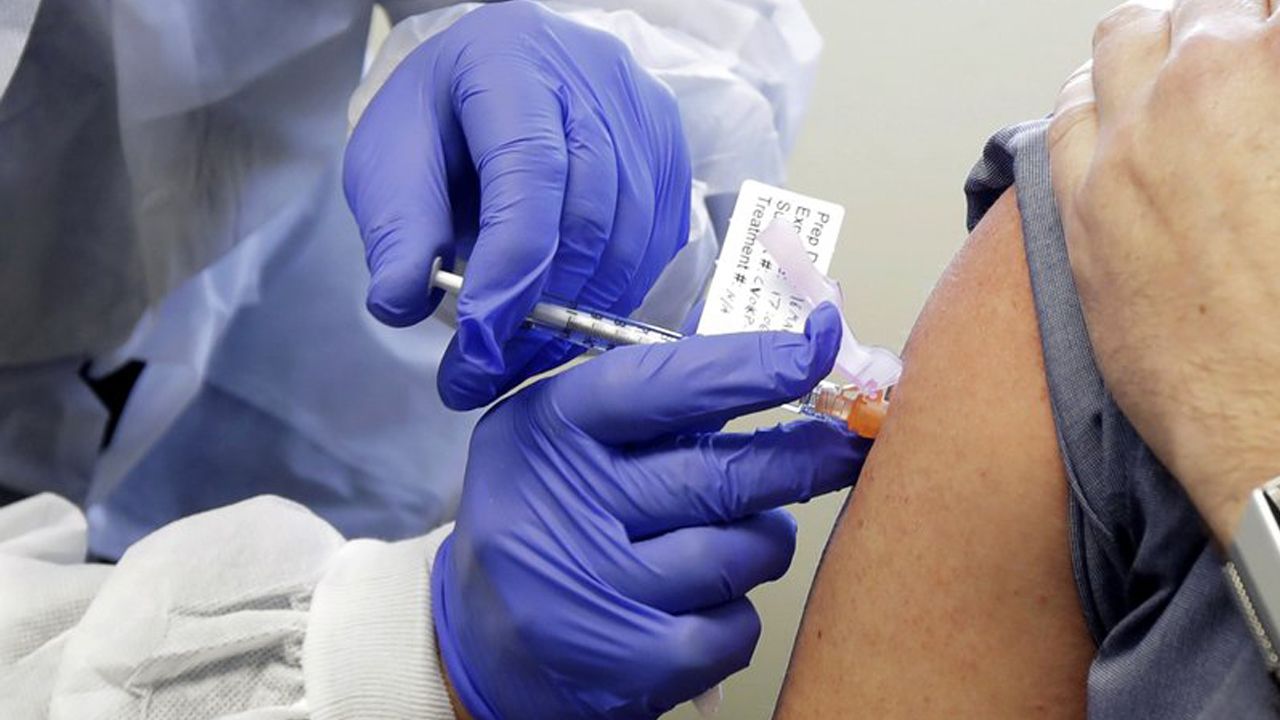 NY calls for immigrants and other groups access to vaccine

A “garage car” belongs in the garage (neue-deutschland.de)