João Proença, of the South Zone Doctors’ Union, said this Saturday, in an interview with RTP3, that “the medical activity is exhausted” with the increase in cases of infection by the new coronavirus in the country “.

“There is no global support for the response to this situation, there are insufficient doctors to ensure Covid and not Covid medical activity and that is why we have proposed that people present a term for not taking responsibility if things go wrong,” he said. the union leader, who also criticized centralized decision-making, without listening to professionals on the ground.

The central problem, he insisted, “is not the lack of beds”: “There is no doctors and democratic participation”.

“What is needed is to hire more people”, reinforced João Proença.

The South Zone Doctors’ Union (SMZS) came to advise clinicians at the Centro Hospitalar de Lisboa Central to ask for “excuse for civil liability”, thus disagreeing with the lack of conditions for the provision of health care.

On a day of military parade in Pyongyang, the leader of the North Korean regime, Kim Jung-un, claims that there is no case of infection by SARS-CoV-2 in his country.

British cyclist Simon Yates was positive for Covid-19 and retired this Saturday from the “Giro”, just before the start of the eighth stage of the Tour of Italy. It is the first case to affect a runner in big laps.

The number of new coronavirus infections in Russia has increased by 12,846 in the past 24 hours. The total number of confirmed cases since the beginning of the pandemic, on Russian soil, amounts to 1,285,084. It is an unprecedented increase.

The country’s crisis center reported an additional 197 fatalities from Covid-19, with the total reaching 22,454.

The South Zone Doctors’ Union is advising clinicians at the Centro Hospitalar de Lisboa Central to ask for “excuse for civil liability”, in order to expose what the structure describes as lack of conditions for the provision of health care.

“SMZS advises all physicians who see impaired patient care due to a lack of conditions for medical practice in accordance with read art that put the minutes of no liability as a way of expressing their disagreement in the face of the current situation “, says the union in a statement.

The SMZS says that the recent increase in the number of patients admitted to Covid-19 is being done “at the expense of beds intended for patients not Covid and without an adequate reinforcement of the number of doctors, putting at risk the provision of care “to all patients.

9:47 am – More than ten million cases in Latin America and the Caribbean

More than ten million new cases of Covid-19 have been officially identified in Latin America and the Caribbean, according to a France Presse count, from official sources.

Latin America and the Caribbean is the region of the world most affected by cases and deaths.

More than half of the cases are registered in Brazil, which has 5,055,888 infected and 149,639 deaths since the beginning of the pandemic, in December last year.

9:34 AM – CGTP warns of possible wave of redundancies after lay-off

The CGTP secretary general does not accept a rise in the minimum wage below 35 euros in 2021.

In an interview with TSF and Dinheiro Vivo, Isabel Camarinha also warns of what could be a wave of redundancies after the lay-off has ended.

9:30 am – Favelas are a focus of concern in Brazil

Although the numbers point to a decline in new daily cases and fatalities, favelas remain a major concern. 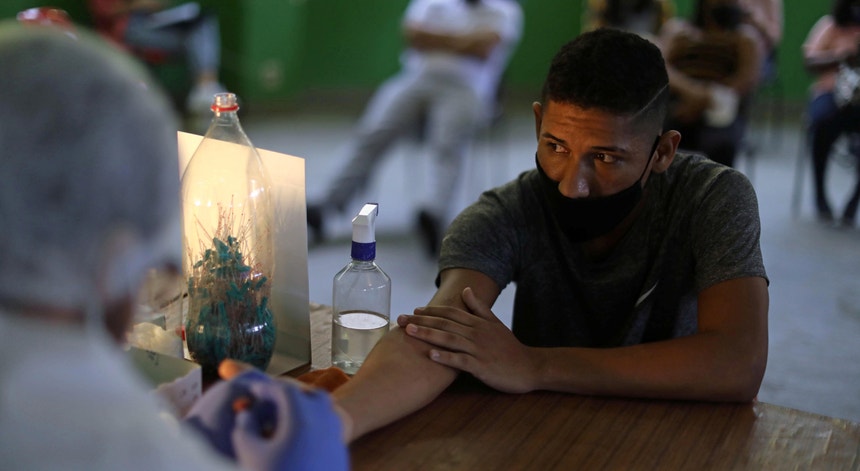 The report is by RTP correspondent in Brazil, Pedro Sá Guerra.

The number of infected Erasmus students at the University of Porto has risen to 79.

On Friday, 38 more positive cases were detected. The cases are spread over several faculties and different courses. But there were no cases of contagion inside the facility.

The Polytechnic Institute of Porto also confirms that it has 20 infected students.

The number of confirmed cases of infection with the new coronavirus in Germany has increased, since Friday, in 4721, to a total of 319,381 since the beginning of the pandemic.

Data from the Robert Koch Institute for Infectious Diseases also report an increase of 15 fatal cases from Covid-19, to a total of 9604.

8:46 am – Argentina extends the longest confinement in the world

The President of Argentina announced on Friday the 13th extension of the confinement, with tougher restrictions in 18 of the country’s 24 provinces, until October 25.

The announcement was made on the same day that Argentine health authorities reported, in 24 hours, 551 deaths and 15,099 cases of Covid-19, bringing the total number of deaths since the beginning of the pandemic to 23,225 and that of infected people to 871,468.

Public health units are facing increasing difficulties. With the number of new cases increasing every day, tracking contacts is difficult.

According to the weekly Express, the responsible teams do not have hands to measure, which prevents the transmission chains from being locked in time.

Sintra, Odivelas and some units in Lisbon are in serious difficulties, in addition to others in the North Region.

The priority of health authorities is to contact those infected, but it is difficult to reach the contacts that these people had. Experts warn of the need to strengthen the teams.

Due to the increase in the number of cases, the President of the Republic warned on Friday that it might be necessary to “rethink Christmas as a family”.

Marcelo Rebelo de Sousa spoke of a serious situation, noting that there should be no drama.
Outbreak at the University of Porto with more cases

The number of students in the Erasmus program of the University of Porto with Covid-19 rose to 79.

The institution says that 38 more positive cases were detected yesterday, increasing the number of infected students from 41 to 79.

Positive cases are spread over several faculties and different courses, but no cases of contagion have been registered within the facilities.

The Polytechnic Institute of Porto also confirms that it has 20 infected students, 14 of whom are from the Erasmus program and seven are nationals.
The picture in Portugal

On Friday, Portugal again surpassed the barrier of 1,000 new cases of infection per day. There were 1394 infected and a further 12 people died from Covid-19.

Since the beginning of the pandemic, 2062 people have died.

The number of people hospitalized has also gone up. There are more than 800. In intensive care there are 125 patients.

Family gatherings, such as weddings and baptisms, are responsible for 67 percent of new cases of infection.
The international framework

The Covid-19 pandemic has already caused more than one million and sixty-three thousand deaths and more than 36.5 million cases of infection worldwide, according to the balance in permanent update by the agency France Presse.

According to the latest epidemiological bulletin of the Brazilian Ministry of Health, the possible relationship of 2310 fatalities with the disease caused by the new coronavirus is under investigation.

In all, 4,433,595 people diagnosed have already recovered from the disease in Brazil, the Portuguese-speaking country hardest hit by the pandemic and one of the hardest hit in the world. 472,654 infected remain under medical supervision.

São Paulo, the richest and most populous state in the country, with 46 million inhabitants, is the focus of the country’s pandemic. Accumulates a total of 1,028,190 confirmed cases.

He was a multimedia conductor executed in La Hidalgo