Coronavirus: what are the symptoms and forms of transmission? All information about this dangerous virus that emerged in China | We tell you all the details | Wuhan Sciences 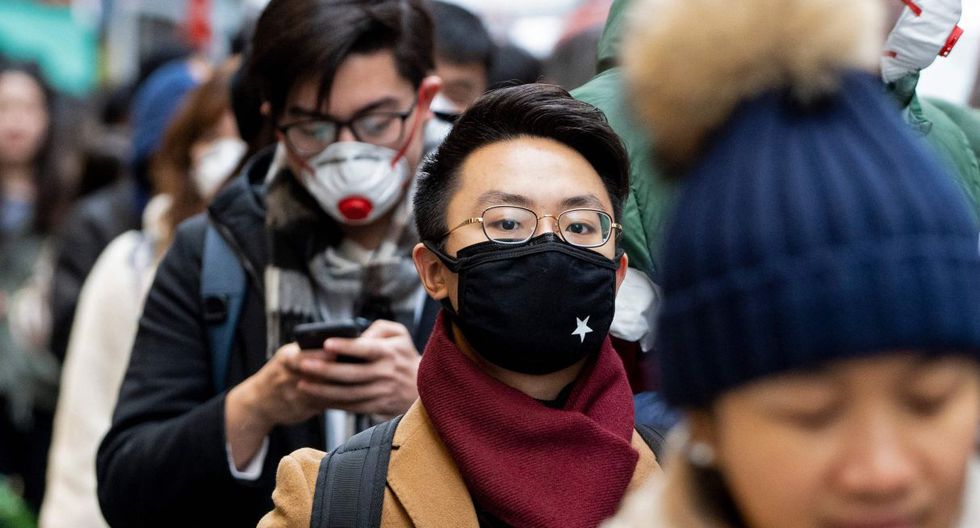 The robot portrait of coronavirus It begins to be outlined: it is less deadly than SARS (Severe Acute Respiratory Syndrome), but more transmissible – apparently even before the onset of symptoms – while the comparison with its relative throws clues on how to combat the epidemic.

“What we have seen so far is that this disease … is not as violent as SARS,” Gao Fu, head of the Chinese Center for Disease Control and Prevention, said on Sunday.

“We have the impression (…) that today the spread of this virus is faster than SARS, but instead its mortality is clearly lower,” agreed the French Minister of Health, Agnès Buzyn, in whose country the first cases of Europe were detected.

The new virus, baptized 2019-nCoV, and that of SARS belong to the same family of coronaviruses and on the genetic plane they have 80% similarities.

The new virus left more than 4,500 infected and 106 dead so far, which is equivalent to a mortality rate of less than 3%.

However, this figure is only indicative: the actual number of infected people is unknown because patients with little or no symptoms are not counted.

“The mortality rate seems to decrease with the passage of days, along with a greater number of cases detected,” Buzyn said.

Scientists at Imperial College London estimate that “on average, each case (of a patient carrying the new coronavirus) infected 2.6 more people.”

Called “base reproduction rate” or R0, this measure is important to understand the dynamics of an epidemic.

In the case of SARS, it is estimated that each case infected an average of 2 to 3 people (like the flu), but with great disparities: there were “super transmitters” capable of contaminating dozens of people.

In the case of the new virus, there is a crucial question: in what state of infection the patient becomes contagious.

“Contagion is possible during the incubation period,” that is, even before symptoms appear, Ma Xiaowei, director of the National Health Commission of China, said on Sunday. “It’s very different from SARS,” he insisted.

This hypothesis, however, is based on the observation of several first cases and is not yet confirmed.

“If that is unusual, it will have a minimal impact on the evolution of the epidemic, but if it is frequent, it will be increasingly difficult to control,” explains virologist Jonathan Ball of the University of Nottingham (England).

Above all, given that the incubation period can be extended up to two weeks, according to estimates.

If this hypothesis is confirmed, “measures such as (temperature) control at airports would be ineffective,” said British professor Sheila Bird.

Medical personnel, who wear protective clothing to protect against a coronavirus, treat a patient at the Wuhan Red Cross Hospital (Photo: AFP)

The disease caused by the new coronavirus and SARS have common symptoms, according to the observation of the first 41 cases detected in China.

All patients suffered from pneumonia, almost all had fever, three out of four coughing and more than half had respiratory difficulties.

But “there are notable differences with SARS, such as the absence of symptoms that affect the upper airways (nasal congestion, sore throat, sneezing),” says Dr. Bin Cao, lead author of these works published Friday in The magazine Lancet

The average age of the 41 patients is 49 years and less than a third suffered chronic diseases (diabetes, cardiovascular problems …). Almost a third had an acute respiratory condition and six died.

Although general conclusions cannot be drawn due to the few controlled patients, these observations allow us to elaborate a first clinical picture of the disease, very useful given that the new coronavirus presents winter flu-like symptoms, making it difficult to diagnose.

There is no vaccine or medicine for coronavirus and medical assistance is to treat the symptoms.

The SARS epidemic was contained in several months thanks to extensive international mobilization. China imposed strict hygiene measures on its population, in addition to isolation and quarantine devices.

It also banned the consumption of cats from algalia, the mammal by which the virus was transmitted to man.

In the case of the new virus, it is unknown for now which animal plays this intermediary role. Meanwhile, China banned the trade of all wild animals.

WHO declares the international emergency for the coronavirus

What is it and how is the Coronavirus that emerged in China transmitted?