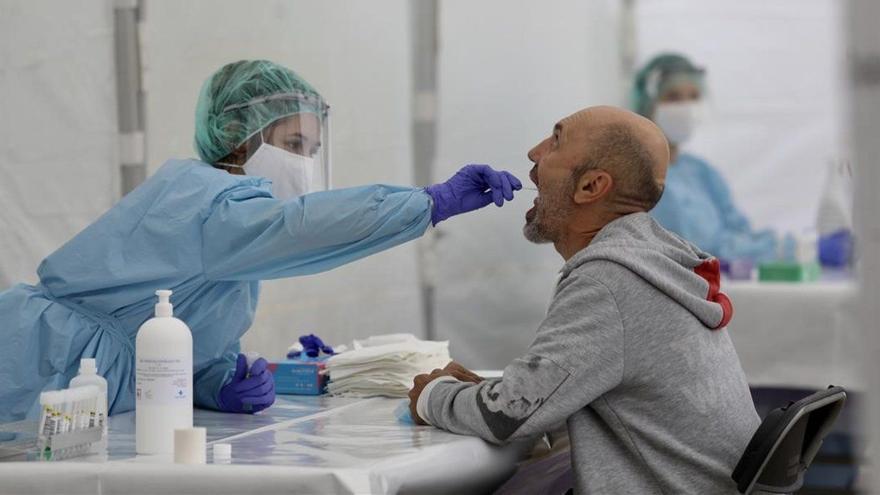 The rebound in covid cases that Las Fallas has brought continues its rise and is being noticed in hospitals although, for now, they are not in trouble. This is how it can be extracted from the data offered yesterday by the Ministry and the Department of Health, which now put the focus on new cases in people over 60 years of age and vulnerable people, the only ones who are tested and monitored for covid as it was known before. According to data from the ministry, the incidence in this age group has raised almost forty points since last Friday (from 426 to 463 cases per 100,000 inhabitants), an increase that is also noted in each of the cohorts for which details are provided (60, 70 and over 80 years).

That new infections rise in the elderly means that in the rest of the ages the pandemic also rises, especially considering that the younger age groups are the ones who have been most exposed in Fallas and where the rise was noted before. In the incidence data in people over 60 years of age, it is intuited, however, that trend change may be near: the 14-day rate is the one that continues to rise but to seven days it has gone down and it is already at less than half of the two-week rate, a sign that the upswing in Fallas is close to running out.

The Ministry of Health notified that they had registered 4,360 new infections since last Friday, a figure not comparable to that of other weekends as it was the first of the change in surveillance strategy. From them, 1,483 have been detected in people over 60 years of agewhich indicates that covid tests are still being carried out outside the recommended groups (the ministry leaves testing to the discretion of the doctors).

With regard to hospitals, from Health they specified that there are 458 people hospitalized with covid and covid, eight more than last Friday. And it is that the increase in cases of the last week and a half is being noted – the drop in admissions has come to a standstill – but without exceeding the risk thresholds for now.

The death toll from the pandemic continues to rise. Health notified eight other deaths (all of the last week except two of February). They are four women from 55 to 97 years old and four men from 61 to 83 years old. With them, the official number of victims of the covid climbs to 9,191.

And while it seems that the rise of Fallas is near its end, in municipalities like Castelló they are now registering the outbreak of positives after the Magdalena festivities which officially ended last Sunday, March 27. For example, of the 4,360 cases confirmed by Health, 1,005 are in Castelló ahead of the 912 in Alicante. In Valencia 2,443 were registered. In addition, according to the latest update of cases by municipality, with data from March 30, they had been notified five times more cases than on the same days of the previous week (787 versus 142) and all despite the fact that in the last update the new surveillance system is already applied in which suspects under 60 with mild symptoms are not tested.