He had resisted pressure for days, but finally resigned himself: the mayor of New York announced on Sunday the closure of New York public schools on Monday, adding 1.1 million students to the number of children already deprived of school by the coronavirus epidemic.

“I regret to announce that as of tomorrow, our public schools will be closed”, declared Bill de Blasio during a press briefing. Schools will reopen “no earlier than April 20,” he added, not excluding that they may remain closed until the end of the school year.

For 48 hours, the pressure on the mayor of the first American metropolis – whose number of confirmed cases of the coronavirus is increasing rapidly and reached 329 cases on Sunday – has been mounting, coming from many parents, teachers and hospital officials from the city.

The main teachers’ union, the UFT, had called him “irresponsible”, calling on parents to flood a toll-free number in the city with calls.

The president of his city council, Corey Johnson, begged him to announce the closure of the school district, the largest in the United States with nearly 1,800 schools, like the measures taken in Italy or France.

The pressure was all the greater since many other school districts, including those in Los Angeles, Seattle or Washington, representing millions of students, had already taken this step, as had almost all new private schools. Yorkers.

But the mayor repeated that a closure would have cascading effects even worse than the risk of contamination via children, clearly fearing a paralysis of “the city that never sleeps” and its 8.5 million inhabitants.

“There are a lot of negative consequences,” said the democratic councilor on Sunday morning, indicating that he had received many messages from parents asking him to keep schools open.

“I explain to New Yorkers that there are three pillars that define civilization in New York – schools, public transport and hospitals – and these three things, in my opinion, they have to keep working,” he explained.

This Bernie Sanders supporter had also highlighted the fact that thousands of children from poor families depended on schools to be able to eat lunch, and that many did not have access to the Internet.

But his position was becoming more and more untenable, especially after a union of health workers, initially opposed to a closure, changed its mind and also called for schools to be closed.

The governor of the State of New York, Andrew Cuomo, after having balked at this measure for so long, no longer left him the choice on Sunday afternoon: he ordered the mayor to find a solution within 24 hours to provide meals to children who need them and to allow parents in the health sector to continue working, to put in place the closure of schools in the process.

Schools will tackle the “challenge” of online education on Monday, said De Blasio on Sunday, stressing that things “would gradually improve”.

After having banned gatherings of more than 500 people, closed the Broadway theaters, called on residents to switch to telework, will the authorities further muzzle the activity of a metropolis which, since the attacks of September 11, 2001, is a symbol of resilience in the face of the most serious crises?

It should “leave open only essential businesses such as supermarkets, mini markets, pharmacies and banks, and restaurants that can deliver to home,” said Sunday Corey Johnson, candidate for the succession of Mr. De Blasio.

before SailGP New York, the French team as you’ve never seen it 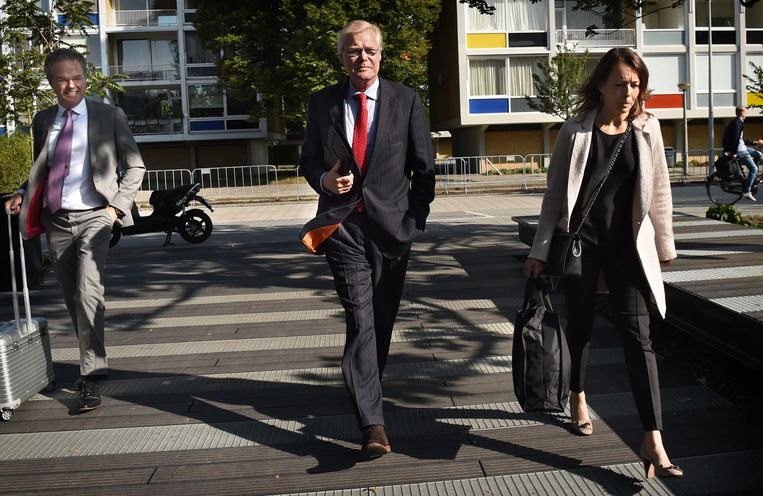 No cell, but community service for former State Secretary Linschoten – who also thinks this is unjustified

Marie Zeimeth and Margot Marasco in the Top 10!

“Any fine imposed is unlawful” – The Daily Standard

Complications at Old Trafford. United were baptized in the setting