Coronavirus, over one hundred thousand new infections a day in Europe – Foreign 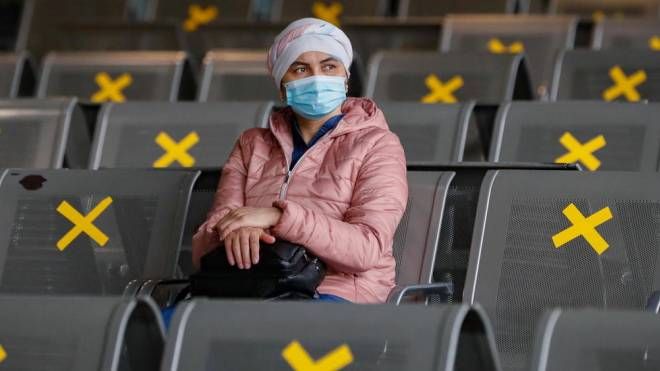 Rome, 11 October 2020 – Beyond chundred thousand cases a day in Europe, 37 million infections in the world and beyond a million dead (1,069,953 according to Johns Hopkins University): the global evolution of the Coronavirus shows no signs of recession, with India competing for the primacy of the United States exceeding 7 million cases and Brazil exceeding 150,000 deaths .
In European countries, the containment measures: in France almost 27,000 infections and new ‘red zones’ subject to restrictions, in Germany it rose to 4,721, in the Netherlands, which yesterday recorded a record of 6,504 infections in 24 hours, and in Spain which has been over 10,000 for weeks new infections. In the last 24 hours the infections have been 123,684, approximately 8.3% more than the previous record of 114,227 cases reported last Friday. According to the WHO counts, the overall toll of infections in Europe is currently at 6,809,678.

The close on nightlife in Italy

Third consecutive record of new coronavirus cases globally. The World Health Organization (WHO) reports on its website that yesterday 383,359 infections were recorded, 7.9% more than the 355,244 of Friday’s record. Last Thursday a new peak was marked, with 343,467 infections.

The UK records 15,166 new coronavirus cases. Official data released today also indicate 81 new deaths, for a total of 57,347 victims and 590,844 cases. The patients with Covid hospitalized are 3,837, 442 of which in intensive care connected to a respirator.
British Prime Minister Boris Johnson will speak in parliament on Monday with an update on measures to counter the spread of the coronavirus: further restrictions are expected, in particular relating to the hours of pub and local activities and social interactions. The rumors also show that the measures will be spread over three levels, with the third considered the most rigid and in all probability applied in most cases to the north of England. The restrictions should however be discussed and agreed with local leaders.

The point of no return

The UK has reached a “tipping point” in the coronavirus pandemic, similar to that of March, and in the coming weeks, in addition to the increase in cases, there will be a increase in deaths: Professor said so Jonathan Van-Tam, deputy medical director for England, quoted by the BBC. For Van-Tam, “the season is bad for us” and the country will encounter “headwinds” before winter.

Denmark, minks are being killed

Denmark has launched a campaign to cull hundreds of thousands of minks due to the Covid-19 outbreak that has emerged on many farms. The world‘s leading exporter of mink skins destined for the fur market, the Scandinavian kingdom has faced coronavirus cases in many herds since June. For each animal there is compensation of around 175 Danish crowns (just under 25 euros), whether the farm is contaminated or not.

US, restrictions on Guantanamo

Schools, gyms and churches closed at the Guantanamo base. The US Navy suddenly imposed stringent restrictions pending “pending test results sent out”. It is unclear how many people are suspected of being positive in the base of 6,000 residents. The measures were decided “as a precaution” in all mass meeting places that present significant “transmission risks”.

The pawnshop scheme for debt securities at Pegadaian is considered practical

“We live like old people”: in Saint-Étienne, the new French epicenter of the epidemic, the curfew is undermining the inhabitants