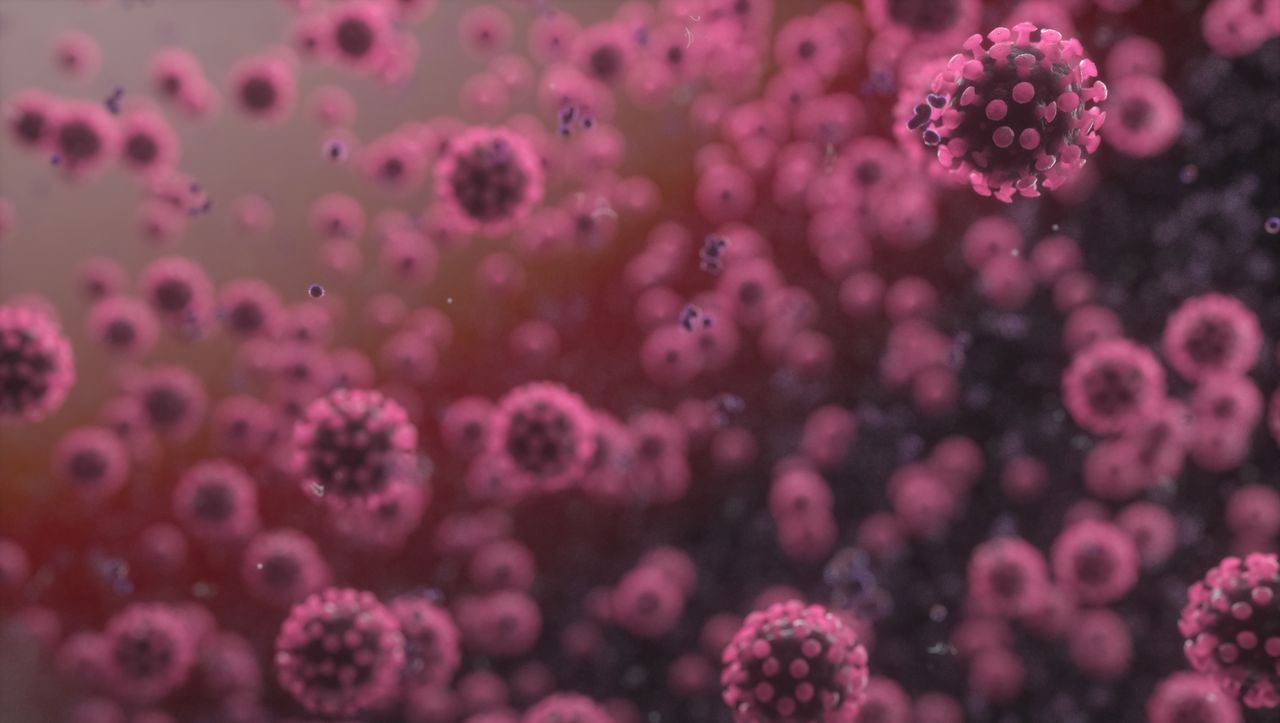 The novel corona virus apparently adapts to the human host, genetic analyzes show. Hundreds of changes in the virus genome are known to date. Some of them also affect the key protein and could affect how contagious the pathogen is.

In a recent analysis, British researchers have analyzed the genetic makeup of more than 5,300 Sars CoV-2 viruses from 62 countries, they report on the “biorxiv” platform. It is normal for a virus to change over time. In order to reproduce, the genome of the virus has to constantly copy itself. Random errors occur, so-called mutations, which often have no effect.

However, the researchers found two places in the genetic makeup of the virus that were particularly frequently affected by mutations. One of the sites contains parts of the blueprint for the key protein that the coronavirus uses to invade body cells. One occurred in several viruses and, according to the researchers, influences the surface structure of the key protein. The samples concerned came from different countries, so the mutation had apparently prevailed several times. This suggests that this change could be an advantage for the virus.

The preliminary study results have not yet been checked by other researchers. The researchers also emphasize that, based on the more than three million known infections, they have only examined a fraction of the viruses.

However, other genetic analyzes also indicate that the key protein of the virus can change. An international team of researchers had also recently discovered mutations. The scientists concluded from their analyzes that the virus made the leap to humans at the end of last year – sometime between October and December – and has since spread worldwide.

Read Also:  His pictures were once made of blood (nd current)

Compared to other pathogens, the novel corona virus only mutates slowly. Usually only one or two places in the genome, which consists of around 30,000 bases, change within a month. However, because the virus is spreading worldwide and has already infected at least three million people, the mutations are also increasing.

These changes can be used to trace the path that the virus is likely to have taken to spread worldwide. There are now several variants that occur differently in individual countries. Since many countries have closed their external borders, these regional differences will increase, the British researchers write in the current study. This could affect how well drugs or a vaccine work in a country.

However, it is unclear whether the mutations known to date make the novel corona virus more or less dangerous. Researchers at the Los Alamos Laboratory in New Mexico report a mutation with the code D614G that could make the novel coronavirus more contagious. Patients in Sheffield, England, who carried the virus variant, had a higher pathogen load. This means that a particularly large number of Sars-CoV-2 viruses frolicked in their throat swabs. However, they did not become more seriously ill. This could be an indication that the mutation makes the virus more contagious but not more dangerous.

“Whenever this mutation reached a population, its frequency increased rapidly and in many cases it became the dominant form in just a few weeks,” reports the research team led by molecular biologist Bette Korber. The mutation was detected for the first time in a case in Germany. In April it was the most common variant in Europe.

However, it is not certain that the mutation actually makes the coronavirus more contagious. The virus variant could have spread by accident, especially in Europe, because it was the first to reach the continent and spread further.

Is the corona virus more contagious but less dangerous?

Other studies even suggest that the novel coronavirus could become less dangerous due to mutations. Arizona State University researchers report that entire sections of the genome were lost in some samples. A similar deletion of corresponding sequences was also found in the closely related coronavirus Sars documented at the end of the pandemic. At the time, the pathogen also appeared to be becoming less aggressive. Other viral diseases are also known to become more contagious over time, but less likely to cause serious illnesses. It is usually not an advantage for pathogens if their host dies before they can spread further.

It is crucial for drug research to understand how the new coronavirus is changing. If mutations can influence the key protein in such a way that it is no longer recognized by antibodies, a vaccine would have to be constantly adapted or would not be reliable in all cases. In addition, people who have already had an illness could become infected again. (You can read more about this here in the video.)

In addition, parts of the virus could change, which are detected during testing. In the current study, for example, one position was particularly affected by mutations that were targeted by a test method from China. Viruses with this variant could be invisible for the test.

“This is a first warning,” said one of the study’s authors, Martin Hibberd of the London School of Hygiene and Tropical Medicine, the Guardian. The mutations in the key protein, also called spike protein, have so far rarely occurred. But they show that it can change and still affect human cells. “We’re currently working on vaccinations and other therapies that target the spike protein because it’s a pretty good target,” the epidemiologist said. “We have to make sure that no mutation undermines this approach.”