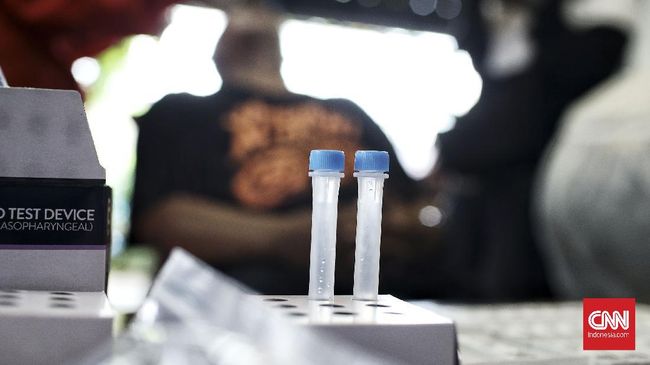 Because, he suspects that this new variant from Japan has an effective reproduction rate (Rt) above 3, or it can be said to have a higher spread rate than variants such as the D614G which was already in Indonesia in 2020.

“If we find a case like this, the E484K case. We can be sure that there is a high probability that it is everywhere. Like when B117 in Karawang used to be, it would have spread everywhere,” said Dicky when contacted. CNNIndonesia.com, Tuesday (6/4).

Meanwhile, if the variant case is not found immediately, Dicky as the epidemiologist still thinks it is relatively reasonable at this time. This is because the technique of searching for virus strains is the method Whole Genome Sequence (WGS) to detect this variant is only done randomly in Indonesia.

That is, every positive case finding of individual Covid-19 is through a swab test (swab) indirectly, they were also investigated using the WGS. So, he said, it would be “lucky” if the government later found a new strain. Currently, the government has carried out as many as 990 technical WGS to look for new virus strains.

“With only a limited radar, we have found one, what if the radar is strong, there are many possibilities,” he explained.

In addition, with the fact that the case of the Eek corona variant was found through the transmission of local residents in DKI Jakarta, according to him, this absolutely proves that this variant has spread to local transmission.

“It is certain that he is spreading locally,” he said.

With this condition, Dicky also asked the Indonesian government to be more active in implementing policies through guarding Indonesia’s entrances. In addition, he warned the government to stay focused on the test, search and follow-up (3T) strategy.

Because, he stressed, the optimal 3T was coupled with the addition of the WGS search technique, so according to him the distribution of the Eek corona variant could still be controlled.

“Because of this mutation, the virus is smarter to outsmart the human body’s defense system. Although it is not up to 100 percent, it is enough to make, for example, conventional plasma therapy ineffective. Including the potential for the vaccine to decrease its efficacy,” said Dicky.

The Ministry of Health (Kemenkes) previously confirmed the finding of one case of mutation of the SARS-CoV-2 virus variant E484K aka ‘Eek’ which was identified in Indonesia. However, this variant of the virus from Japan reportedly did not originate from an infection by Indonesian citizens who had traveled abroad, but rather that the virus was transmitted locally.

The variant samples were taken from residents of DKI Jakarta whose specimens were tested using the WGS method in February 2021. The Ministry of Health also confirmed that as many as 14-17 close contacts of the case had been examined, and the results were negative for Covid-19.