Long queues on the only day of your visit: This is what it looked like on Thursday in front of the domicile in Kiel.

Long queues form on the sidewalk in front of the Domicil care home in Kiel on Thursdays. In the afternoon, visiting hours in the 250-seat building are the only ones of the week. If you want to see your relatives or friends living there, you have to take some time off and plan extra time. Because only those who can show a current negative corona test or who undergo a quick test on site can get in. This week the visitors line up up to 30 meters long. They have to wait up to 30 minutes at temperatures around 0 degrees.

These strict admission rules have been in effect here since November 2020, and have been mandatory throughout Schleswig-Holstein since January 11th. And from next Monday (February 2nd) all facilities must also offer on-site test facilities for visitors. This is a problem for many homes. Because testing visitors takes time. And it binds the nursing staff, which are usually not very abundant anyway, who are challenged even more in the pandemic. In addition, the state had previously issued mandatory tests for employees. They need to be tested twice a week. Because the Domicil in Kiel is so large, it has prescribed three personal tests per week. That makes a total of 2,600 tests per month. But: There is a lack of employees to manage everything in such a way that it is visitor-friendly. 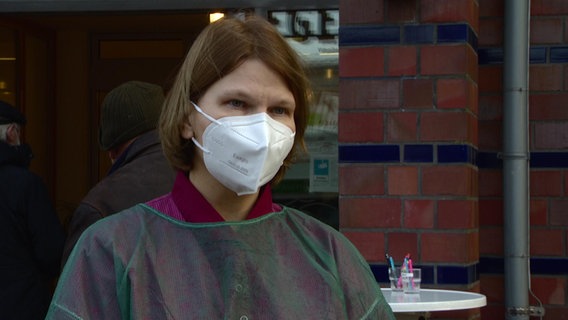 Home manager Yvonne Stock is dissatisfied with the offer.

In the meantime, some homes no longer offered visits at all, as a query by NDR Schleswig-Holstein shows in the districts and independent cities in the state. Many responded with very limited opportunities to visit – as in the Domicil house in Kiel. After the waiting time, visitors have to fill out forms, employees of the home take their body temperature and take a swab for the quick test. This week 120 times. “That means real action for us,” says home manager Yvonne Stock. Six employees are on duty.

If the test turns out negative, the visitors are allowed to visit their relatives – for a little more than an hour. “Our residents say one day a week is not enough,” she reports. But the staff could not muster up more visiting time or on weekends. “We have reached the border.” And she also says: “This is an unsatisfactory situation for all of us”. 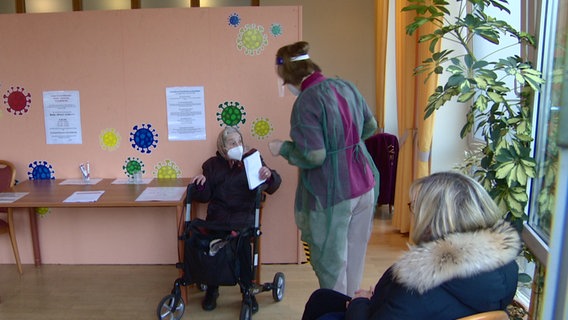 Politicians have been working on relieving homes for testing since the beginning of January.

It should actually have been better for a long time: in mid-December, the Prime Minister and the Chancellor decided that the visitors should also be tested in nursing homes in areas with a high incidence. On January 5th, they announced in their resolution an “initiative by the federal and state governments” to bring volunteers to the homes as test helpers – with the participation of the Federal Employment Agency, the municipal umbrella organizations and aid organizations. Two weeks later they decided to deploy soldiers as a first step and only then the volunteers recruited through the Federal Employment Agency.

If you ask those involved, you hear more or less openly that the cooperation of so many departments and administrative levels was difficult for a while. The Schleswig-Holstein district council and the city association complain that the federal government initially did not involve the state and wanted to assign tasks directly to the districts. “There was a very uncoordinated and uncoordinated process,” says Stephan Ott, head of the crisis team in the Rendsburg-Eckernförde district. “We had a very, very bumpy road to the actual deployment of the Bundeswehr.” 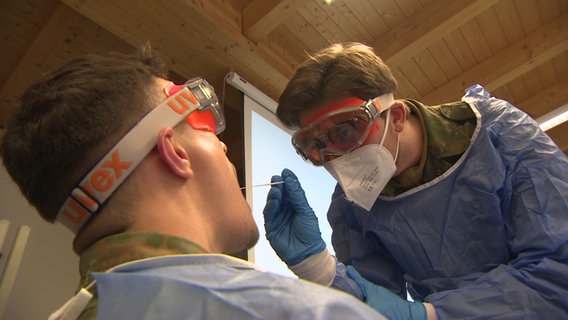 Soldiers were prepared for the mission this week – as here at training courses for the DRK in Lübeck.

Soldiers are now in the first homes. They should make the situation a little better for residents, visitors and carers in all of Schleswig-Holstein. The Bundeswehr is helping for a transition period of three weeks: During this week, around 180 soldiers were trained by the DRK in four locations for test deployment in Schleswig-Holstein nursing homes. The soldiers took their first smears on Wednesday because of the high incidence in the Pinneberg district. The first two soldiers also came to a home in Kiel on Friday afternoon.

200 care facilities reported a need for help when the authorities were asked. According to the coordinating Ministry of Health, the staffing requirement corresponds to 167 whole positions. The DRK organizes the deployment of soldiers and determines the routes. Not an easy job: The DRK in Schleswig-Holstein received the order to train soldiers and coordinate operations at the end of last week. “That was a big challenge,” says Anette Langner, board spokeswoman for the DRK Schleswig-Holstein.

Employment agency has been looking for volunteers since Monday

At the same time, the Federal Employment Agency is looking for a hotline (08000 45 55 532, Monday to Friday from 8 a.m. to 6 p.m.) and a website since the beginning of this week after test assistants – with and without previous experience in the medical or nursing field. You should take over the test assistance after the Bundeswehr. The federal authorities refer interested parties to the local authorities, who bring them together with the institutions. They also receive a crash course from the DRK and are then supposed to help. The Federal Agency recommends a wage of 20 euros per hour. “Everyone who helps is making an important contribution to fighting the pandemic,” says Health Minister Heiner Garg (FDP).

There are currently doubts as to whether it will be possible to recruit enough civilian test helpers in this way to replace the Bundeswehr. “After a few days we have the impression that the rush for this task is not that great. But we will have to wait and see,” says DRK board spokeswoman Langner. “If it is not possible to find the right people, then the institutions would like the Bundeswehr to continue to provide support.”

17 positive corona test in one afternoon

Yvonne Stock at Heim Domicil in Kiel is also interested in support from the Bundeswehr and volunteers. Despite what the tests demand of residents, visitors and staff, she is convinced of it. “Success proves us right,” she says. So far there has been no corona case in her home, which may also be due to the long-term strict admission rules. This Thursday, 17 of the 120 people waiting did not come into the house. Your test was positive. An exceptionally high rate, as Stock says. “We then have to educate people that that doesn’t necessarily mean they have Covid-19.” But: The rejected are reported to the health department and then have to do a PCR test. If that is negative, the visitors are allowed into the home the next day. For once, not on a Thursday. 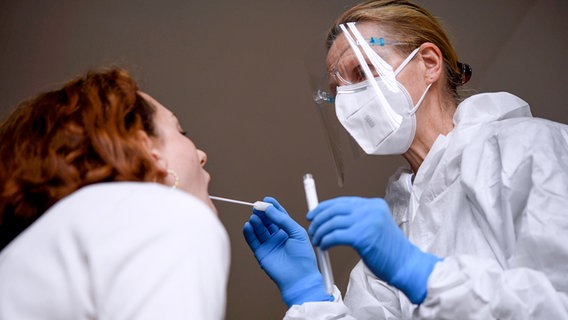 Nursing homes should remain open to visitors during the lockdown. The employee tests are the greatest challenge. more 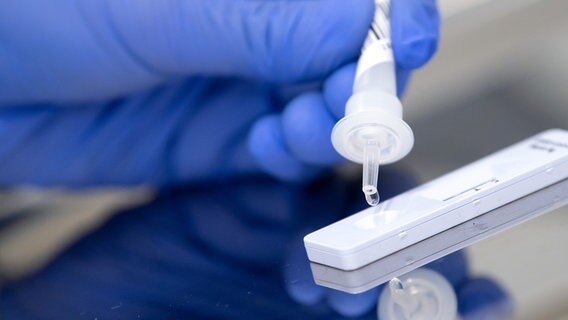 The country wants to keep the corona risk in check in facilities with such tests. How do the homes implement the plans? more 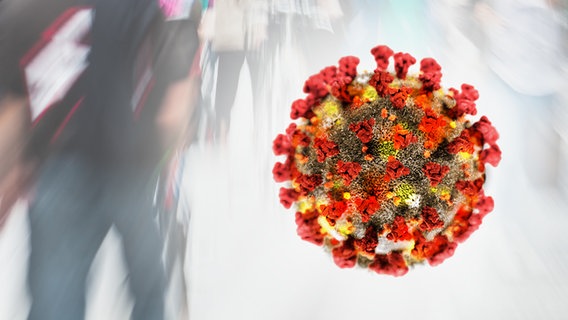 Here you will find videos, information and background information on the Sars-CoV-2 coronavirus in Schleswig-Holstein. more