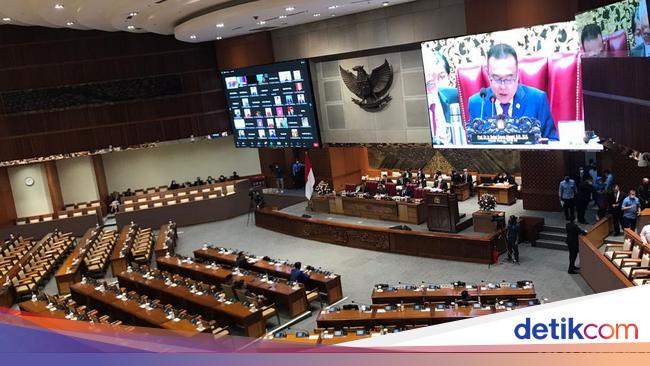 The DPR RI approved the penal code draft (RKUHP). The ratification was taken today during a level II discussion at the 11th plenary meeting for the second session of the 2022-2023 session.

The plenary session was held at Nusantara II, the parliament complex, Senayan, Jakarta on Tuesday (6/12/2022). The meeting was chaired by the Vice President of the DPR, Sufmi Dasco Ahmad. Other leaders were also present, namely DPR Deputy Chairman Rachmat Gobel and Lodewijk F Paulus. Meanwhile, DPR spokesman Puan Maharani was not seen in the room.

Initially, the chairman of Commission III of the DPR, Bambang Wuryanto or Bambang Pacul, presented a discussion report RKUHP with the government. Bambang Pacul also raised the urgency of RKUHP.

There was a heated debate between representatives of the PKS and Dasco. The debate continued until the ratification was rejected.

Additionally, Dasco has sought approval from all factions present to ratify the RKUHP into a legal product.

“Can the draft Criminal Code (RKUHP) be converted into law?” Dasco told the audience.

“Okay,” answered the participants of the plenary meeting of the DPR RI.

Draft RKUHP agreed by Commission III of the DPR and by the Ministry of Law and Human Rights is still tinged with rejection. More recently, elements of the community held a rally in front of the DPR demanding the repeal of the problematic articles in the RKUHP draft.

LBH Jakarta’s public advocate Citra Referandum threatened to hold a bigger rally if his aspirations were not met.

“There are symbolic actions like throwing flowers and we also communicate our position with a huge banner rejecting the RKUHP. This symbolizes that our country is truly democratically dead,” Citra told reporters in front of the DPR building. Monday (5/12) yesterday.

Citra has called on the government and the DPR to immediately revoke the problematic articles in the draft RKUHP. He also stated that he refused to ratify the RKUHP in the foreseeable future.

“The government and the DPR should listen and meaningfully consider public opinion that we are calling for the repeal of problematic articles of the RKUHP, such as the anti-democratic article,” he said.

Watch the video “Yasonna satisfies those who still disagree with the case of the Criminal Code in MK”: