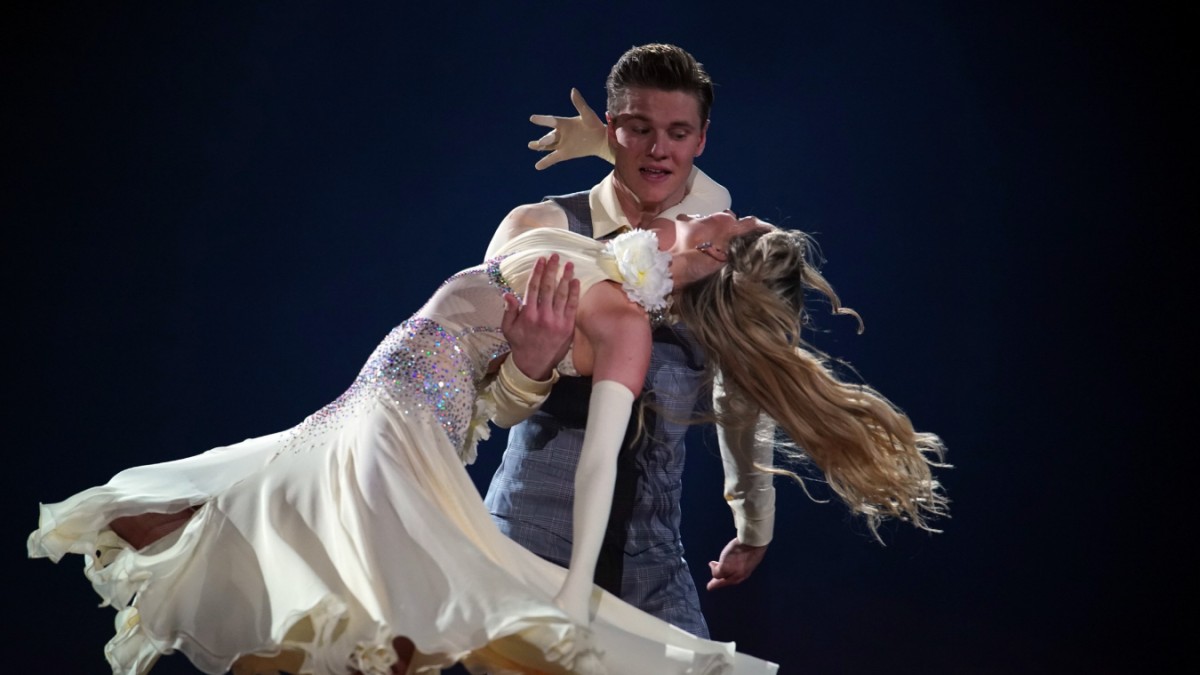 Around four million viewers followed the RTL dance show Let’s Dance last Friday. One of the tournament participants in the Cologne studio: professional boxer Simon Zachenhuber from Reisen, Eitting municipality, Erding district. With professional dancer Patricija Belousova, the 22-year-old, who previously only knew cha-cha or tango from television, put on a slow waltz on the floor. The two made it into the top third of the 14 couples. Zachenhuber is surprised at himself. He now hopes that he will make the next round this Friday and, in addition to the jury points, will also receive a lot of audience votes. If his Instagram account has its way, the chances are not bad. The number of his followers is just exploding.

The media hype about Let’s Dance is enormous. Not only the broadcaster RTL is shooting media out of all tubes. There are YouTube clips of Zachenhuber’s waltz dance that Evening News speculated in bold letters whether Simon Zachenhuber has a girlfriend, and she Bild newspaper came up with a homestory from Eitting. Headline: “A real village boy at Let’s Dance”. Well, village boy. Of course, Simon Zachenhuber is at home on trips as often as possible, the family is incredibly important to him, mother Rosmarie is his biggest fan. He also speaks Bavarian, which cannot be ignored. But Simon Zachenhuber has been training as a professional boxer in Stuttgart since 2018. There he also studies business informatics. He has now completed eleven professional fights, eleven times unbeaten, including six wins by knockout

The 22-year-old is used to hard training. But the dance lessons with Patricija Belousova, former Russian master in show dance, are a real challenge. Rehearsals will take place from Sunday to Wednesday in a dance hall in Stuttgart. Ten hours a day, with only small breaks, “that’s really exhausting,” says Simon Zachenhuber, whom the SZ caught on the phone on Monday at around 7.30 p.m.

He gets along very well with his dance partner and dance teacher at the same time. “Difficulties only arise when I drift off into Bavaria,” reveals the 22-year-old. The chemistry is right, but sometimes a strict tone prevails. Sometimes it just doesn’t work that way. No wonder: after all, he has to “learn very, very difficult dances in a very, very short time,” says the young professional athlete. In addition, he now not only has to pay attention to the sequence of steps, but also that the knee is extended and the hand position is correct. He has absolutely no experience with dance, and now he’s surprised himself that he does have a feel for music. “These are completely new experiences, nice and positive ones,” says Simon Zachenhuber.

Zachenhuber is busy sharing pictures from training on Instagram, and more and more people want to see it. He now has almost 23,000 followers, “for me that’s a lot, that’s a lot, I never expected that”. He couldn’t believe “that so many are cheering”. He is particularly happy about the many letters.

On Thursday we went from Stuttgart to Cologne to rehearse in the studio, this Friday it’s back to dancing competitions. Simon Zachenhuber’s competition includes twelve other more or less well-known TV celebrities, including a former news anchor, a model, a footballer, actor, presenter, and pop singer. At 22 years old, Eittinger is the youngest.

There was no sign of competition behind the scenes: “Everyone is very nice.” However, personal contact is very limited. “We are constantly being tested and everyone is very careful about the hygiene measures.” That also means: no party after the show. “Everyone is sitting in their hotel room.” But not a big issue for him, after all, everyone is done, “at least I’m knocked out after the performance”

Because the audience votes also count in the show, Simon Zachenhuber is now hoping for as many calls as possible this Friday. He does not reveal what will happen after the waltz. He is quite satisfied with the 19 points of the jury from last time. The 22-year-old boxing professional sees that the strictest of the jurors, Joachim Llambi, only gave him four out of ten points: “For me, that is more an incentive than a defeat“.

The next round for Simon Zachenhuber and his dance partner at Let’s Dance starts this Friday, March 12th, at 8.15 p.m. on RTL