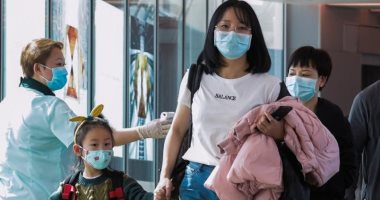 Sky News reported, in an urgent news, shortly ago, that the Chinese Ministry of Health announced the death of 6 members of medical teams and the infection of 1716 with the Corona virus, and the Chinese National Health Committee announced today, Friday, the recovery of 1081 infected with the new Corona virus, bringing the number of cases of recovery To 6,723 patients, confirming that they were discharged from hospitals after receiving the necessary treatment, until the end of Thursday.

According to the Chinese news agency, “Xinhua”, the National Committee said in its daily report that 1081 people were discharged from the hospital, adding that as of the end of Thursday, 1,380 deaths from the disease and 63851 confirmed cases of new Corona virus had been reported in 31 districts at the county and legion levels. Xinjiang production and construction in China.

The Health Committee of China’s Hubei Province said on its website on Friday that the number of deaths due to the outbreak of the new Corona Virus in the central China region rose by 116 cases on Thursday, and 4,823 new infections were discovered in Hubei, the outbreak center, raising the total The number of injured in the region to 51 thousand and 986 cases.

An expert at the World Health Organization warned that the infection with the new “Corona” virus may affect “two thirds of the planet’s population.”
“The quarantine measures may slow the outbreak of the virus, but it will not stop it, because it managed to infiltrate out of China before taking these measures,” said expert Ira Longeni, co-chair of the Center for Infectious Diseases at the American University of Florida, according to “Russia Today”.

He pointed out that, each infected person currently transmits the virus to two or three people on average, which may lead to infection by about two thirds of the Earth’s population in the end.

The World Health Organization, said that the spread of infections of the new type of “Corona” virus among people who did not travel to China, may be “a spark that will turn into a big fire.”

Facebook
Twitter
Pinterest
WhatsApp
Previous articleFootball: Pelé reassures his state of health – News Sports: Football
Next article“Trisal” instead of a couple, relational anarchy and open relationships. Love is in the air – in its most diverse forms – News

The key role of bats

Liverpool will have to go all out in three weeks to prevent premature elimination in the Champions League. The title holder lost the first...
Read more

In future, users will...
Read more

Real now belongs to the German-Russian consortium: one detail surprises us when we visit a branch