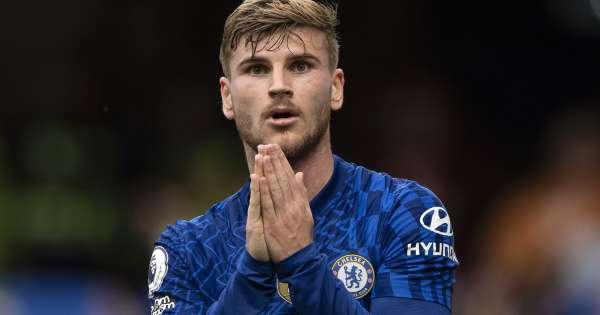 This is the story of a failure. Or of a success. It depends from which side you look at it. For Chelsea FC it is without a doubt a failure, not the capital, but yes a defeat and with loss of money. And it is that the London club has transferred the striker Timo Werner back to RB Leipzig from the Bundesliga after two seasons in which he failed to confirm what he did. For Leipzig, without a doubt, this operation is very beneficial because they ended up paying much less than what they had obtained for the attacker two years ago. Simple as that. One won and the other lost.

Werner never convinced in the Premier League. In his two seasons there with the Chelsea shirt, the German barely scored 23 goals in 89 games. Very little for the emergencies of a league and a club that do not give much room for error. Above all, for the 53 million euros that Chelsea had paid for Werner in June 2020 after much expectation and rumors of the possible signing.

After his first campaign there Werner was subjected to the well-known cruelty of the fans and the press for his ineffectiveness in the rival goal. In that 2020-21 season Werner only scored 12 goals in 52 possible games and his luck was almost sentenced, although he continued to play last season 2021-22. Now with the arrival of Raheem Sterling, good old Werner knew that his time had come and, despite the fact that he did the entire preseason with the Blues in the United States, this Tuesday, August 9, his return to Germany for 20 million euros was made official. euros.

Werner said goodbye with an emotional letter: “Dear ‘blues’. Today marks the end of my journey with Chelsea FC. I am incredibly grateful for the time I spent at this very special club. Now, I would like to thank my team-mates, the managers and the ‘staff “And, above all, to you, the very special fans of Chelsea Football Club. I have felt so much love and support over the last two years and I will never forget how you supported me through the good and difficult times. We won trophies like the Champions League together And I will always remember the song you wrote and sang to me. I can’t wait to play Stamford Bridge again one day! See you soon, Timo.”

Critical voices were not lacking. Michael Ballack, a German with a great past at Chelsea, was tough: “He has what it takes, but in my opinion he lacks that winning mentality.” “Timo has been much better than he is now in terms of personality and character, it was a brave step for him to go to Chelsea, knowing what his environment is like, but he has failed to establish himself,” Ballack added for The Sun. . “He has to get his mental strength back, and believe in himself again, he’s too good a guy” he sentenced. Werner returns to the Bundesliga, where he shone, with the idea of ​​not losing weight in the German team.

Limoges, Dijon and Strasbourg in the Champions League final