Cheap mobile phone of Rp. 1 million Redmi 10A for sale from May 25 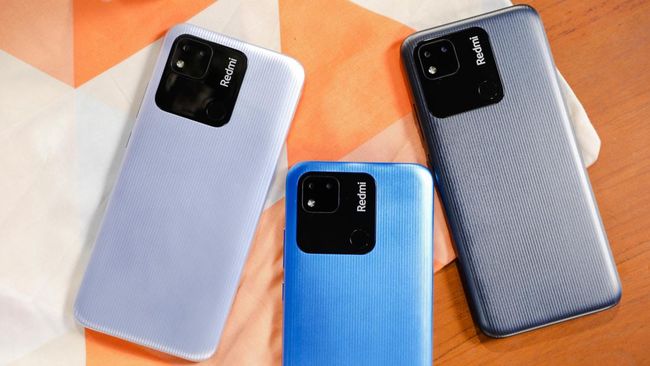 Calvin Nobel, Product Manager Marketing Xiaomi said this phone is an update from the previous series, Redmi 9A.

“Today we are launching the latest Xiaomi Redmi 10A cellphone. The features that we embed at this entry level provide essential features at a price of Rp. 1 million,” Calvin said virtually, Thursday (19/5).

Unlike its predecessor, Redmi 10A is equipped with dual cameras on the back of the cellphone. While on the Redmi 9A there is only one camera.

The dual camera on the Redmi 10A is 13MP in size, with a 2MP bokeh lens which is claimed to be able to produce relatively good quality shots. On the front there is a 5MP camera.

Redmi 10A has a 6.53″ HD + screen and is equipped with a Sunlight display. This phone is also equipped with a finger print on the back of the phone, and there is an AI face unlock feature or face detection to unlock the screen.

The battery capacity is 5,000 mAh, which is claimed to last a full day. Charging has got the device 10W.

Switch to the kitchen runway. Redmi 10A has a Mediatek Helio G25 chipset, 11Nm fabrication. The specifications of the Redmi 10A are considered qualified for young people who often play mobile games every day.

Redmi 10A is equipped with UI 12.5 based on android 11. But unfortunately this smartphone does not yet have IP certification, or the ability of a water-resistant or dust-resistant phone.

read more  Fallout 5: Creators About the Release of a New Part

However Xiaomi offers a warranty on this phone of up to 15 months, to prevent things beyond the user’s fault.

For those of you who want to buy, Redmi 10A is available at the official Xiaomi Indonesia store both online and offline, starting May 25 at 12.00 local time.