California sets record of 585 COVID deaths in one day 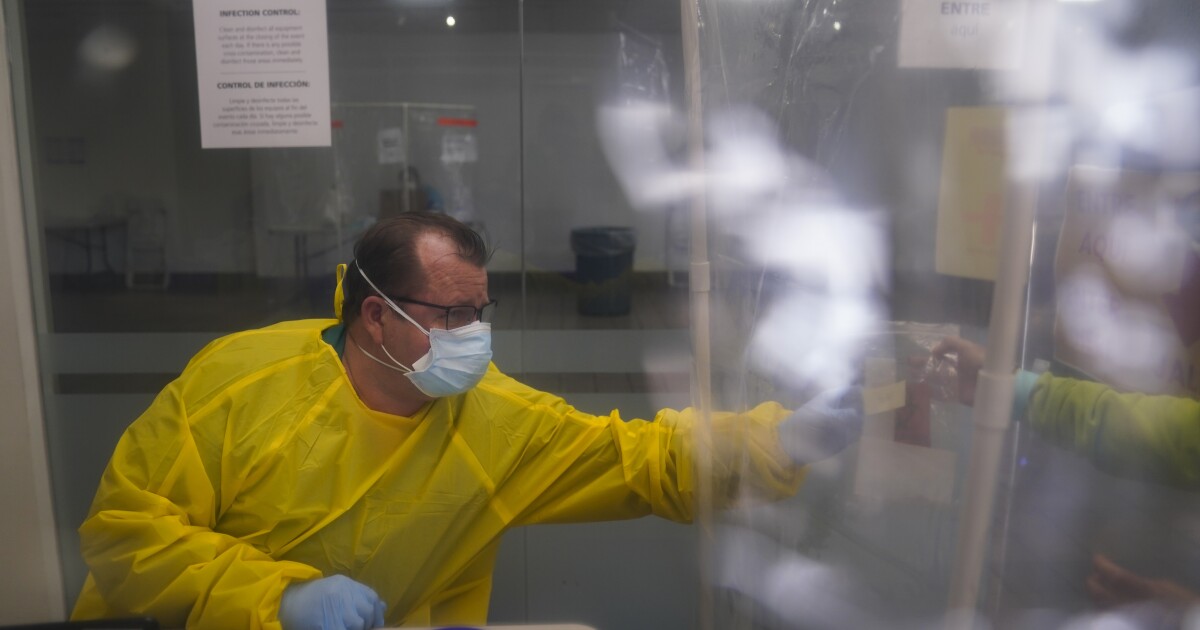 LOS ANGELES (AP) – California began 2021 by reporting a record 585 deaths from coronavirus in a single day after a health official said the pandemic was putting state hospitals on the “brink of catastrophe,” while some medical centers are struggling to provide oxygen to critically ill patients.

More than 47,000 new confirmed cases were reported, the California Department of Public Health said Friday, bringing the total to more than 2.29 million.

Governor Gavin Newsom’s office announced that the state will begin collaborating with the Army Corps of Engineers to evaluate and modernize aging oxygen supply systems at six Los Angeles-area hospitals.

The evaluations could even begin on Saturday, according to a statement from the governor’s office. Older hospitals are having difficulty maintaining oxygen pressure in aging infrastructure, and some are struggling to locate additional oxygen tanks for discharged patients to take home.

“By working to modernize the failing oxygen supply systems in these older hospitals we can improve the ability to provide life-sustaining medical care for those in need,” said Mark Ghilarducci, Director of the Office of Emergency Services from the Governor of California in a statement Friday.

California on Thursday became the third state to exceed 25,000 COVID-19 deaths since the pandemic began, behind New York with nearly 38,000 deaths and Texas with more than 27,000, according to a tally by Johns Hopkins University.

Additionally, San Diego County indicated that it had confirmed a total of four cases involving a variant of the coronavirus that appears to be much more contagious. Other cases of this variant have been confirmed in Florida and Colorado.

More than 7,600 people were hospitalized with COVID-19 on Friday in Los Angeles County, where a quarter of the state’s 40 million people live, but has suffered 40% of its deaths from coronavirus.

The virus is putting hospitals “on the brink of catastrophe,” said Dr. Christina Ghaly, director of health services for the county. “This is simply not sustainable. Not only for our hospitals, but for our entire health system ”.

The stock exchange transaction will begin, according to analysts’ recommendations for the shares of BJTM, BBTN, RALS

Sexual harassment: Under pressure, the governor of New York rejects a resignation

Decline of women in the labor market

In Corona’s suspicion, the veil of the glaze was lifted and the heart-burning detail appeared.