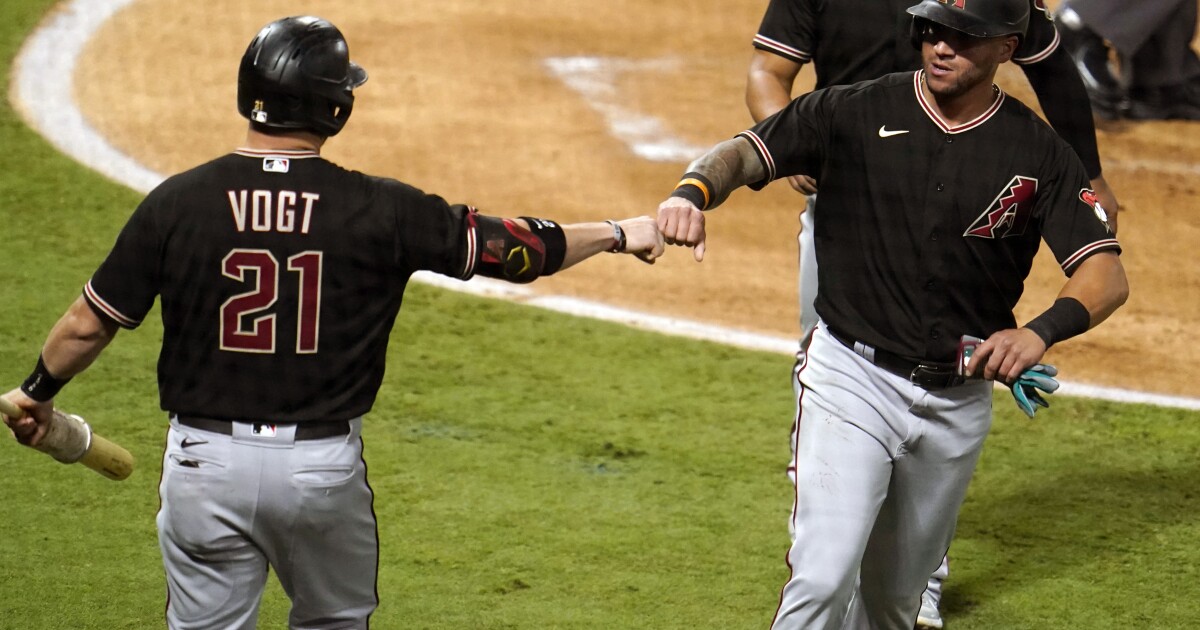 Kole Calhoun hit his third home run in two games against his former team, David Peralta knocked it out of the park and drove in two runs and the Arizona Diamondbacks beat the Los Angeles Angels 9-6 on Wednesday night.

Nick Ahmed hit a two-run single in a second inning with four touchdowns for Arizona off Dylan Bundy (5-3), who had the shortest outing of his impressive season with the Angels. The right-hander took the loss after conceding five earned runs on six hits and conceding two walks before leaving the mound in the third.

Calhoun hit a two-run home run in the seventh inning after two the night before, which was his first game at Angel Stadium after eight seasons as a right fielder before his departure last winter.

Peralta, who finished with three hits, followed with a home run per second straight game for the Diamondbacks, who have won four of six.

Max Stassi, Jared Walsh and Justin Upton each hit home runs for the Angels, who conceded two losses in a row at home after an 8-3 run that gave them hope of a postseason berth.

Taylor Clarke (2-0) scored the win with a five-inning effort in which he allowed six hits and four runs. Stefan Crichton pitched the ninth for his third save, the second in a row at Anaheim.

For the Diamondbacks, Venezuelans Eduardo Escobar 4-0, with one scored; David Peralta 4-3, with three runs scored and two RBIs.

For the Angels, Albert Pujols 4-0. Andrelton Simmons from Curaçao 4-2, with one scored.

If anyone has any objection to the bicycle rules, we will change it