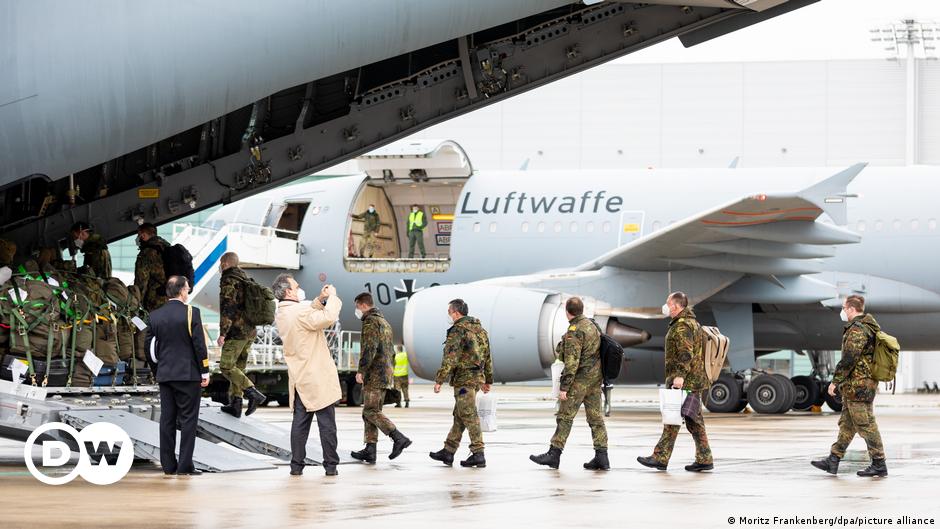 A Bundeswehr team made up of doctors and paramedics traveled to Portugal to help in the country that was hard hit by the corona pandemic. The 26 soldiers were welcomed at the Figo Maduro military airport in Lisbon by Defense Minister João Gomes Cravinho, Health Minister Marta Temido and the German Ambassador to Portugal, Martin Ney.

The machine with the aid team had flown from Wunstorf Air Base to Lisbon, as the Air Force announced in the short message service Twitter. “Quick help for our ally Portugal,” wrote the Air Force. In addition to doctors, nurses and medical supplies were also on board.

Before departure, the inspector of the medical service, General Oberstabsarzt Ulrich Baumgärtner, described the operation as a “symbol of European solidarity”. “One people cannot cope with this alone, we have to stand together,” said Baumgartner.

“The hospitals are overflowing”

With a view to the rapid spread of the virus in Portugal recently, Baumgärtner spoke of an “incomparably more difficult” situation than in Germany. “The hospitals are overflowing. That’s why we are needed there.” The capacities of intensive care medicine are on the “edge of possibilities and beyond”. The aim of the Bundeswehr is that the helpers “can work substantially on site”, said Baumgärtner.

Ulrich Baumgärtner, Inspector of the Bundeswehr Medical Service: We are needed in Portugal

According to the ministry, numerous medical devices and medical products were on board the Air Force’s Airbus A400M, which are made available in cooperation with the Federal Ministry of Health. So far, this includes 40 mobile and ten stationary ventilators including the necessary consumables, 150 infusion devices and 150 hospital beds.

After aid missions in Italy, France and the Czech Republic during the first Corona wave, aid is now following for Portugal, currently the country in Europe most severely affected by the pandemic. Portugal is particularly suffering from the spread of the more contagious corona mutant B.1.1.7., Which was first discovered in Great Britain. A week ago, the government in Portugal asked Germany for help.

Meanwhile, the German health authorities have reported 9705 new corona infections to the Robert Koch Institute (RKI) within one day. In addition, 975 new deaths were recorded within 24 hours, according to figures from the RKI. Exactly one week ago, the RKI had recorded 13,198 new infections and 982 new deaths within 24 hours. The number of new infections reported within seven days per 100,000 inhabitants (seven-day incidence) was 82.9 according to the RKI.

The virologist Christian Drosten has once again warned urgently against easing the corona pandemic too early. “We can’t expect much civil protection through vaccination until Easter,” said the Charité scientist at NDR-Info. The focus is on protection for the risk groups. Even if the vaccinations reduce mortality, reducing the number of cases remains essential for him. 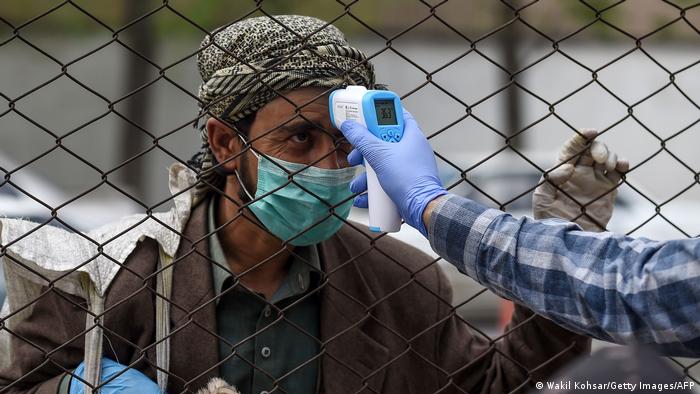 Health officials measure the temperature of Afghans in Kabul (archive)

The administrative court of Baden-Württemberg (VGH) Mannheim reacted to the increasing number of corona cases in Afghanistan and changed its previous jurisdiction on deportations. According to this, single, healthy men of working age are currently not allowed to be deported to Afghanistan. The reason for this is that the economic situation has deteriorated seriously in the corona pandemic, according to the court ruling.

No deportations to Afghanistan

Returnees will probably not be able to legally satisfy the most elementary needs for food, shelter and hygiene, it said. This is different if a returnees in Afghanistan have a sufficiently sustainable and accessible family or social network, if they receive sustainable financial or material support from third parties or if they have sufficient assets.