Brucellosis Outbreak, How Did Thousands of Chinese People Get Infected Together? All pages

KOMPAS.com – Brucellosis, a bacterial disease with flu-like symptoms, has infected more than 6,000 people in one outbreak in northwest China.

This disease is usually caused by contact with animals.

While the plague brucellosis in Lanzhou, the capital of Gansu province, was caused by a leak at the vaccine factory, according to the Lanzhou health commission.

People are still being treated in hospital despite the outbreak a year ago.

China‘s legislature issued a law last month to establish a biosecurity risk prevention and control protocol, and a system for responding to risks including sudden outbreaks.

Also read: Brucellosis: Causes, Symptoms, and How to Prevent it

Reported Reuters, Friday (6/11/2020), brucellosis is infectious diseases zoonosis, or diseases in animals that can be transmitted to humans.

This disease is caused by bacteria that attack sheep, goats, cows, pigs and even dogs. This disease has also been reported in many countries.

Transmission can be through consumption of contaminated animal products, such as unpasteurized milk or cheese, or through inhalation of airborne agents.

However, the World Health Organization (WHO) said that transmission of brucellosis from human to human is very rare.

When someone is infected with brucellosis, the symptoms that appear include fever and weakness. These symptoms appear for several weeks after infection.

The death rate from brucellosis is quite low, but it does not rule out complications that can cause death.

Some symptoms such as joint pain can become chronic and never go away.

china-terinfeksi-bersamaan-?page=2″ style=”max-width: 100%;width:780px”>SHUTTERSTOCK/Lightspring Illustration of brucella bacteria, the cause of brucellosis.

What happened in Lanzhou?

The latest outbreak in Lanzhou was first discovered in November 2019 when several students at the Lanzhou Animal Research Institute tested positive for brucellosis.

According to Chinese health authorities, as of the end of December at least 181 people at the institute had been infected with brucellosis.

According to Chinese state media reports, the outbreak has even spread to Heilongjiang province in China‘s northeast corner, where 13 people who worked at a veterinary institute in August 2019 tested positive.

The government has tested 55,725 people in the city, 6,620 of whom have tested positive for brucellosis to date, the Lanzhou government said at a news conference, according to a report on Thursday by Global Times.

The outbreak stems from a biopharmaceutical plant belonging to the Shanghai-registered China Animal Husbandry Industry Co, according to a statement from the Lanzhou health commission in September.

The factory has used a disinfectant that expires in July through August 2019 to make a brucellosis vaccine, leaving bacteria in its waste gas.

The contaminated gas then forms an aerosol which flows downwind to the veterinary institute.

Also read: Not Over Corona, Thousands of Chinese Citizens Are Infected with Brucellosis

Is brucellosis common in China?

About half a million infected people are reported annually worldwide, with China usually numbering in the tens of thousands.

The first reported case in China occurred in the southwestern city of Chongqing in 1905. China saw a widespread brucellosis epidemic in the 1950s and 1960s, according to state media.

Brucellosis is more common in pastoral areas in western and northern China. It is categorized as a Class B infectious disease under a three tier system

The beauty and curse of Flight Simulator in VR »Vortex

Thank you for your loyalty | Things to Know HISTORY on Acast 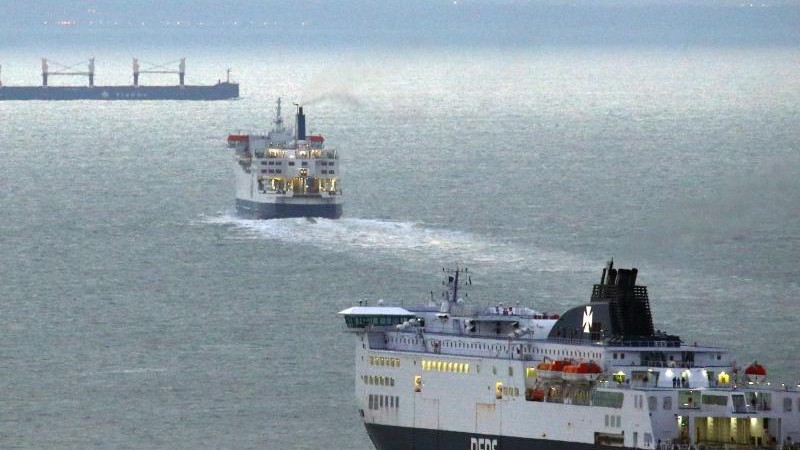 Cars in the Mafia remake will have manual transmission »Vortex