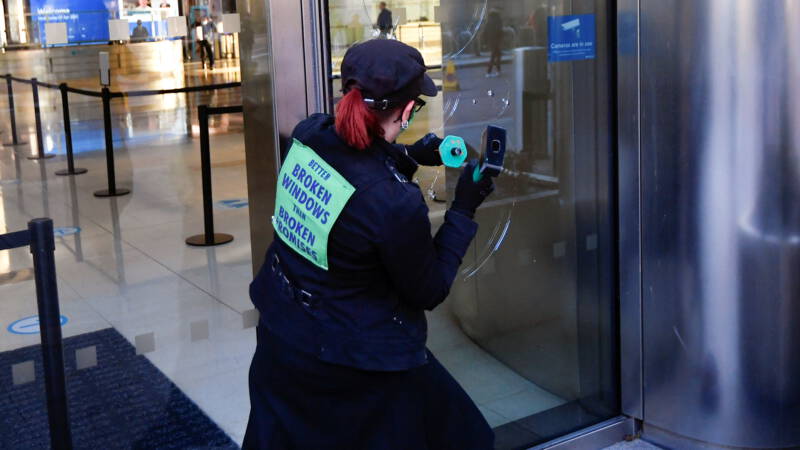 In London, members of climate action group Extinction Rebellion have broken some windows at the headquarters of the British bank Barclays. Photos show that they worked with hammers and chisels. Police have arrested the seven activists.

According to Extinction Rebellion, the financial sector plays an important role in amplifying the climate crisis. With their campaign at Barclays, members wanted to draw attention to this. According to them, Barclays is one of the largest fossil fuel investors in Europe.

The bank has not yet responded to the action.

“You can disapprove of our action, but compare a crack in a window with forest fires and flooded houses,” said one of the activists. “We took action today because someone has to press the emergency button, because broken windows are better than a broken future.”

Extinction Rebellion has been turning against the financial sector for some time now. Last week, several more members were arrested after spraying black dye on the facade of the Bank of England headquarters in London.

The climate action group is internationally active, including in the Netherlands. In recent weeks, Dutch members organized blockades and demonstrations under the heading of ‘spring rebellion’.

This weekend, for example, activists stopped car traffic on a busy roundabout in Eindhoven for a few hours. Twenty activists then became arrested.