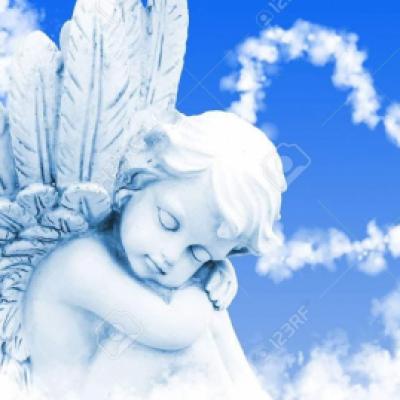 The new Covid-19 serology test market is in the opening phase. Unlike virological tests, which allow the detection of the SARS-CoV-2 virus in patients, serology makes it possible to determine whether there has been an infection by detecting the presence of specific antibodies.

In the fight against the Covid-19 epidemic and its strategy of deconfinement, France intends to use this second line weapon in a massive way, for epidemiological purposes to know the potential immunization of the population in the country. Potentially, given the demography in France, the market and the needs promise to be vast. The Ile-de-France region alone has already ordered 5 million serological tests. Several manufacturers have therefore positioned themselves in recent weeks and are gradually launching their products on the market.

Biomérieux, French leader in in vitro diagnostics, is finalizing the CE marking of two serological tests, developed in France and which are to be launched in the coming days. The group has already started industrialization with units set up at its Marcy-L’Etoile site in the Rhône, and is targeting capacities “of around ten million tests per month”, according to François Lacoste, the executive director. These Elisa category tests can be automated, i.e. can only be analyzed in a medical biology laboratory from a blood test, and deliver results in a few hours. Biomérieux however promises results in an interval of 30 minutes for its two tests.

The vast majority of other industrial projects in France relate to so-called unitary and rapid tests, which deliver a diagnosis in a few minutes from a drop of blood. Called rapid diagnostic tests (RDTs) if they are carried out in a medical biology laboratory by a biologist, they pass under the status of rapid diagnostic orientation tests (TROD) if they are carried out in a medical office or pharmacy by professionals. non-biologists. Finally, they can also be positioned in self-test, therefore delivered in pharmacies and handled anywhere by a patient.

Depending on the status, and despite a similar performance of rapid tests, the information sheets and accessories within the test kits marketed differ according to the public. In self-test, the kits can thus contain elements already available to health professionals or laboratories, such as a compress for example. In addition, self-tests and TROD will necessarily require confirmation of the diagnosis by RDT, in the laboratory.

In this rapid testing niche, at least three manufacturers in France have started production. In the Paris region, AAZ, which already produces two virological tests, has started that of a serological test. This French company designs the test but subcontracts the production stages. The test has been assembled since the beginning of May at the Techn’Air establishment and service for work assistance (ESAT) in Villiers-le-Bel (Val d’Oise), which employs 140 employees with disabilities. The capacities amount to 500,000 tests per week but could be increased tenfold in the coming months, via other sites under contract with AAZ such as Cournon (Puy-de-Dôme) and Reims (Marne), depending on French needs. but also European and African. According to the invitations to tender, Joseph Coulloc’h, founder and president of AAZ, indicates that it would be necessary “to quickly rise to 10 or even 15 million per month from June or July”.

A second factory for NG Biotech in Brittany

In Ille-et-Villaine, NG Biotech started production in April on its Guipry-Messac site and has just had a second factory delivered in the same town. The objective is to reach capacities of 2 million tests per month in July, and to increase from 3 to 4 million per month before the end of the year. Since the start of the year, the company has grown from just over 40 employees to almost 80 employees. And orders are pouring in. On May 18, NG Biotech unveiled an order for 100,000 units by the Paris Hospitals (AP-HP), with a similar order from the Brittany region, and another for 20,000 tests for Ille-et-Villaine. The company was also selected to integrate the Ile-de-France region’s purchasing platform and its order for 5 million serological tests.

Read Also:  Heads of state are so expensive - 20 minutes

Biosynex ramps up in Alsace and will also produce in Lyon

Finally, Biosynex, an Alsatian specialist in rapid diagnostic tests, started a production line on May 15 at its site in Illkirch-Graffenstaden (Bas-Rhin). 600,000 tests would be produced in May and already 40 people have been hired. The objective is to reach 2 million units per month in July and then increase to 4 million by September. The group should have a second unit in Lyon in the framework of a partnership with a local industrialist and also plans to strengthen automation and extend its capacities on its Alsatian site in order to produce a test 100% made in France. . Gaël Lévy, industrial director of Biosynex, specifies in particular that the group wants to “produce its own antigens”, to be less dependent “on external sourcing”. In terms of orders, Biosynex already has a book filled with 4.5 million units, deliverable just for May, including 1 million in France for medical analysis laboratories, and 3.5 million for export . 75% of these international orders come from Europe, in particular from Italy, Spain and Switzerland.

All these industrial projects have started or are in the start-up phase after validation of their various tests in the field, notably, for the most part, by the National Reference Center (CNR) of tests for the Covid-19. But they all remain suspended from the publication of the list of serological tests by the Directorate General of Health (DGS), on the model of the list of virological tests. An essential step to know which tests will be authorized and available in France and to open rights to reimbursement by the Health Insurance.

In addition, this will determine the authorized status for the various tests. All RDTs, they can also be authorized in TROD or even self-tests. The High Authority for Health (HAS) however indicated on May 18 that it did not yet recommend the use in self-tests, judging it still premature because of “uncertainties on the modalities of use and interpretation”, according to Brigitte Le Guludec, its president.