Düsseldorf Microsoft founder Bill Gates plans to invest two billion US dollars in start-ups and other projects against climate change over the next five years. It is important to prevent a “climate catastrophe” with innovations, Gates told the Handelsblatt and called for a five-fold increase in global government research investments within the current decade – that would be at least 110 billion dollars a year.

According to Gates, CO2 emissions must drop to zero by 2050 in order to avoid huge environmental and economic damage: “We must change the physical economy at a pace that has never been seen before.” CO2 taxes, certificate trading and alternative energies such as Solar and wind are essential for this. “Germany has done the world a big favor by subsidizing solar modules,” says the entrepreneur. However, solar and wind are far from sufficient for him due to their unreliable power generation.

Gates’ inconvenient conclusion for some environmentalists: Nuclear power is essential to curb climate change. Gates also has hopes for the subsequent capture of CO2 from the atmosphere, a technology whose feasibility is also controversial. Another key technology for Gates is hydrogen. With green hydrogen you can avoid the immense CO2 emissions in cement or steel production.

Gates is dissatisfied with electric cars. With the exception of countries like Norway, diffusion would be too slow. Of the Microsoft-Gründer pays tribute to the “engineering skills in Germany, which probably has done more than any other country for the automotive industry”.

At the same time, he warns the German carmakers via Handelsblatt: “If Germany cannot assert itself in the field of electric cars, it would be a huge tragedy.” The change is “super strategic for the country”, many jobs are at stake. As a positive signal, Gates sees the fact that battery development in Germany “is being tackled at a high speed”.

Gates is increasingly concerned with the problem of climate protection. The climate is like a bathtub that is full of water: “Even if we turn the tap down to a trickle, the bathtub will be full and overflowing at some point.” So by 2050, the CO2 emissions should not just increase by a certain percentage, but go all the way to zero. Gates made the statements in a discussion group on his new book with the title “How we prevent the climate catastrophe”.

The 65-year-old admits that he realized the urgency of the situation late. But that’s changing now. According to Gates, the economic damage caused by climate change can be compared with that of the corona pandemic. In ten to twenty years’ time, the economic losses from climate damage could be so great “as if we had a pandemic every ten years,” the entrepreneur calculates in his book.

Since Gates handed over the operational management of Microsoft in 2008, he and his wife have devoted themselves to philanthropic issues at the Bill and Melinda Gates Foundation, especially the technology-based fight against poverty and disease in developing countries. Gates has meanwhile transferred a large part of his private assets to the foundation.

Now he also wants to significantly step up his engagement against climate change – and once again sees technological innovations as the key to solving the problem. According to Gates, when it comes to climate protection, we concentrate too much on areas such as electric cars or parts of electricity generation and too little on areas in which high CO2 savings can be achieved and which also have a high “eco premium”. By this, Gates means the difference between the market price and the price a carbon-free version of the product would cost.

He highlights cement and steel production. Both areas together accounted for 37 percent of all emissions in industrial production, which in turn is the largest emitter of greenhouse gases at 31 percent worldwide. 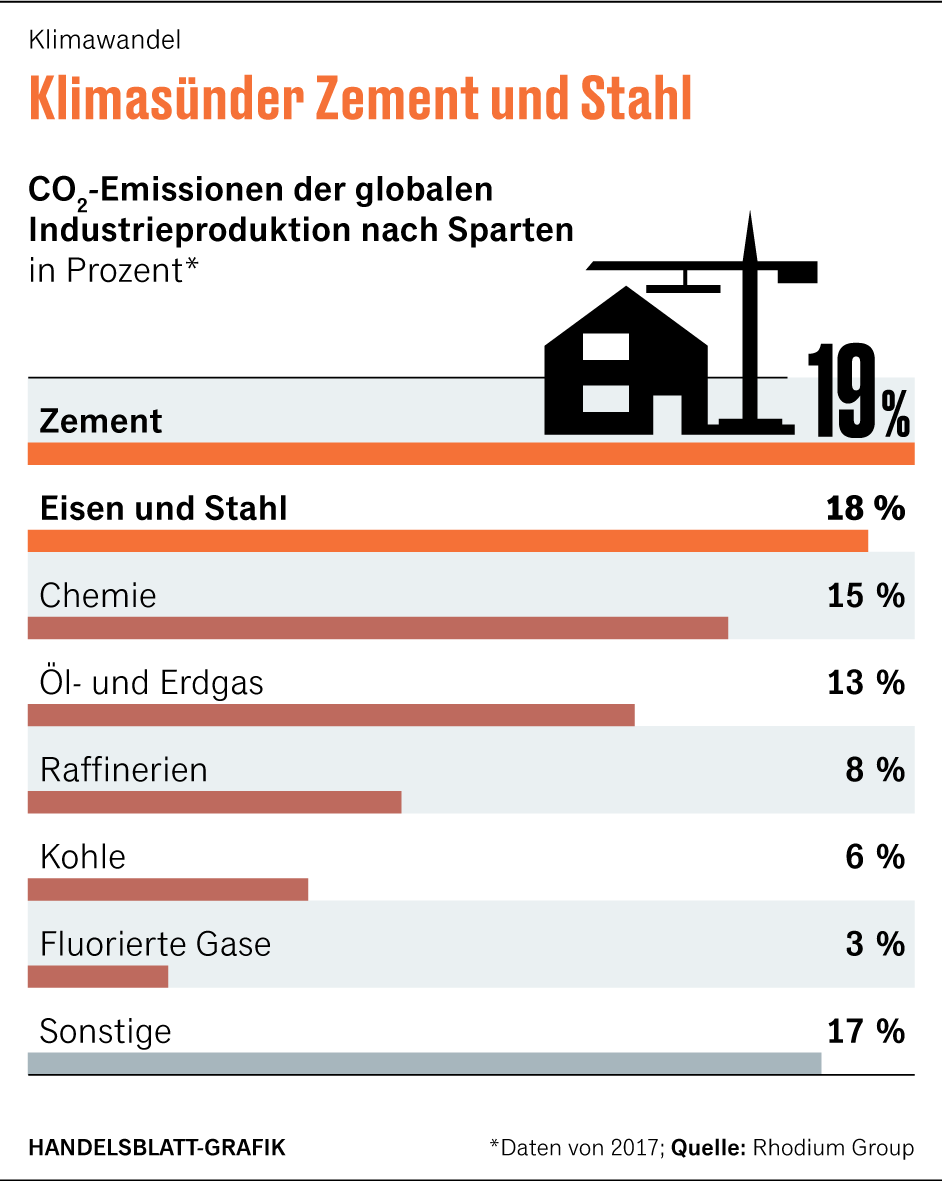 Gates believes that a high taxation of CO2 makes sense. However, only wealthy countries can afford this approach. Such as India would be in a different position. In order for them to use emission-free cement or steel, the eco-premium for these products must be reduced. Therefore, according to Gates, innovation that actually makes a difference is crucial.

Breakthrough Energy, Gates’ venture capital fund, only finances start-ups that can save at least 500 million tons of CO2 annually with their technology. That is around one percent of the total emissions of 51 billion tons. 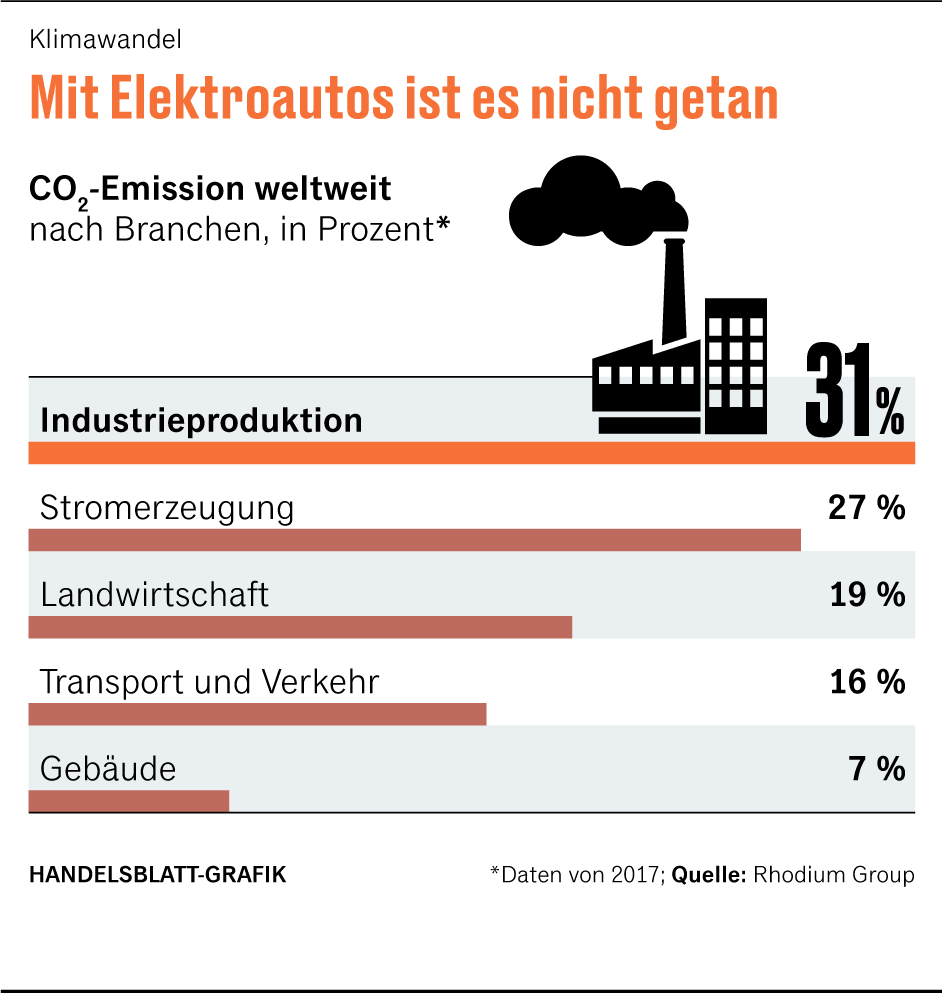 Gates founded Breakthrough Energy in 2015 along with numerous well-known entrepreneurs such as Amazon-Founder Jeff Bezos and Alibaba– Chef Jack Ma. Also SAP-Co-founder Hasso Plattner is there. The fund has so far had a capital of two billion dollars, with which 45 start-ups have been supported so far.

Now Gates wants to put another two billion dollars into climate work over the next five years. According to the Bloomberg news agency, Gates plans to invest half of this in at least 40 start-ups via Breakthrough Energy.

He relies on a leverage effect: The EU and other venture capitalists such as Kleiner Perkins and Khosla Ventures are also giving money to the fund, “because of the depth of the scientific and economic analysis of Breakthrough Energy,” said Gates. “That’s why we only had to invest a fifth of the total in these high-risk companies.”

One of the focal points of the investments are novel storage technologies for energy. According to Gates, however, they have to significantly exceed the values ​​of previous batteries in electric cars and make storage 20 times cheaper. The best-known company in the portfolio is Quantum Scape, which works on solid-state batteries and recently went public – to immediately hit a market cap of around $ 19 billion.

The start-up Forum Energy, co-financed by Gates, is also working on long-term storage, building a storage prototype in Minnesota that can store one megawatt of energy for 150 hours. It is a secret which chemicals or which technology Forum Energy wants to use to store the energy.
Gates has high hopes for nuclear power. The start-up Terra Power, financed by Breakthrough Energy, is working on a new, inexpensive and safe nuclear reactor that will also produce little radioactive waste. Gates is well aware of the problems posed by technology: “In order to use it on a large scale, you have to convince people that this nuclear power is different than before.”

Another research focus of Breakthrough Energy is CO2 capture. Some start-ups want to capture the greenhouse gas directly when generating electricity or cement, while others want to capture it from the air. “So far, I’m the biggest financier of technology,” says Gates of the separation idea.
This technology is a kind of last resort to curb or even reverse climate change. According to Gates, it would be a “miracle” if you could capture CO2 from the air for less than $ 100 per tonne. Not only is filtration difficult, but storage also arises. To do this, the CO2 must be pressurized and, according to Gates, “safely housed for thousands of years”.

Gates draws up a calculation: With a cost of 100 dollars per ton and 51 billion tons of global CO2 emissions in 2019, you would have to spend around five trillion dollars every year to completely neutralize the emissions. This sum corresponds to the current turnover of the global energy industry.

So a lot of money. But technology will definitely play a role in the future. A study by the National Academy of Sciences comes to the conclusion that we will have to remove ten billion tons of CO2 from the atmosphere every year from the middle of the century and 20 billion tons by the end of the century at the latest to stop the effects of global warming.

Gates writes in his book: “I am well aware that I am not an ideal ambassador for the mission against climate change.” He owns large houses and a private jet, and would have even traveled to Paris on such a plane to the climate conference.

But according to his own statement, the American is trying to improve and compensate for all of his family’s flight emissions. And he is “enthusiastic about technology” and can help protect the climate with his investments in start-ups and his new book.

More: Bill Gates does not see Corona overcome until 2022: “Next summer there will be vaccines everywhere”

KHEA: “This nomination comes to confirm that I...

Razer jumps on the AMD bandwagon