Facebook
Twitter
Pinterest
WhatsApp
The double of the budgetary posts opened each year will be created by the State in 2021, which will offer greater prospects in terms of employment for young people, said, Friday, in Rabat, the Minister of Economy, Finance and of administrative reform, Mohamed Benchaâboun.


Under article 32 of the 2012 Finance Law, the ministerial departments will have 44,000 budget items under the 2020 budget until June 30, 2021, in addition to the budget items that will be created for the benefit of public establishments such as university hospitals, affirmed Benchaaboun who answered the questions of the groups of the majority and the opposition, during the examination of the draft finance bill 2020 within the Committee on Finance and Economic Development of the first House of Parliament.

With regard to the national education sector, Benchaâboun affirmed that the reprogramming of investment expenditure for this sector led to a reduction in expenditure of 877 million dirhams, specifying that this expenditure relates in particular to projects having recorded delays at the level of technical studies.

The Minister also stressed that the investments planned in the national education sector will make it possible to continue efforts to widen and improve the school offer, in particular within the framework of the generalization of preschool, in addition to rehabilitation. and the construction of new educational establishments, noting that these measures are able to reinforce the school offer in more than a hundred new educational establishments, at the start of the 2020-2021 school year.

With regard to higher education, Benchaâboun said that the department concerned had proposed to reduce the investment budget by 300 million dirhams, due to the delay in launching certain projects programmed under the 2020 finance law, knowing that the programming of credits linked to the technical and geotechnical studies of these projects has been maintained within the framework of the 2020 budget of universities.

Benchaâboun, moreover, indicated that the programmed investment credits will make it possible to honor the commitments of the sector, in particular those relating to the projects having been the subject of conventions signed before the King, namely six projects of university establishments. at the level of the cities of Al Hoceïma, Ksar El Kebir, Tétouan and Kenitra, as well as the continuation of the construction works of three faculties of medicine and pharmacy in the cities of Tangier, Agadir and Laâyoune.

As regards investment expenditure from the general budget, priority has been given to the consolidation of projects in progress, particularly those having been the subject of conventions signed before the King as well as those benefiting from external funding, a- he clarified, noting that in coordination with the ministerial departments concerned, a new programming of the investment budget was adopted taking into account the impact of the health crisis linked to the Coronavirus pandemic.

The timetable for carrying out certain projects experiencing delays has also been revised while the procedure for launching certain projects has been postponed for lack of the necessary conditions, added the minister.

After stressing that the 2020 amending finance bill is part of the approach adopted by the government, in accordance with the Royal High Guidelines, and which is based on the management of this crisis in several stages, Benchaâboun recalled that the first stage (March to June) focused on preserving the health of citizens and their purchasing power in addition to strengthening the resilience of the national economy, while during the second phase, the emphasis was put on the accompaniment of the companies during the next six months so that they can resume their activities, as well as on the progressive lifting of the confinement, in order to preserve jobs.

The minister added, in this regard, that an amount of 15 billion dirhams (MMDH) will be devoted to supporting businesses and employment through the launch of projects that rely on innovative financing mechanisms in the framework of public-private partnerships, making it known that the choice of projects will mainly be based on their capacity to generate jobs.

The PLFR-2020 is also in line with the economic and social choices made in the initial finance law, with new forecasts for expenditure and revenue in the light of the measures taken in the context of the pandemic of new coronavirus, he said, noting that investment spending commitments in the social sectors have not been reduced and that investments in these sectors will continue at the same pace.

In addition, the Minister addressed the priorities retained during the reprogramming of investment credits from the general budget, noting in this connection that priority programs will be launched to deal with drought, through measures measures to guarantee the supply of drinking water to the populations of areas suffering from water stress. The water sector will benefit from funding of 800 million dirhams as part of the investment budget, he added.

Particular importance will be attached to the operationalization of the national preference, in particular for national companies and national products, within the framework of public procurement, he said, adding that in application of the provisions of article 155 of the decree relating to public contracts, the contracting authorities are required to provide at the level of the consultation regulations relating to the procedures for awarding works contracts and related studies that the amounts of tenders presented by foreign companies are increased by a percentage not exceeding 15% for comparison of these offers with the offers made by national companies.

He also affirmed that the contracting authorities are also required to explicitly mention in the specifications relating to contracts concluded by the State, local authorities and Public Establishments and Enterprises the need to apply Moroccan standards or other standards applicable in Morocco under international agreements, and to use imported products only in the absence of local products meeting the required standards.

The owners having won the contracts, are called upon to present all the necessary supporting documents in the event of recourse to imported products, noted the Minister, stressing that if the amount of the contracts exceeds DH 30 million, they cannot be concluded. without the prior agreement of a special commission, chaired by the Ministry of Economy and Finance, he insisted.

Regarding questions about the adoption by the government of an austerity policy, the Minister assured that the approach adopted during the preparation of the draft finance bill for 2020 was supports the mobilization of all financial capacities to support the recovery of economic activity and preserve employment.

Despite the planned drop in budget revenues of 40 billion dirhams (MMDH), investments in the General Budget have been increased by 7.5 billion MAD, by redefining spending priorities, he said. knowledge, noting that these measures are part of an optimal management of expenses which are conditioned by very specific objectives, such as the preservation of employment, the creation of new work stations and the promotion of the product local.

The impact of the health crisis on the economic activities of the Kingdom should gradually decrease, during the 3rd and 4th quarter with the gradual lifting of confinement at international and national levels, as well as thanks to the measures taken to support the revival of the national economy, said Benchaâboun.

Regarding the effects of the Covid-19 pandemic on the debt indebtedness, the minister affirmed that given this difficult economic situation, the national economy should register a growth of -5%, and an aggravation of the deficit budget up to 7.5% of GDP, which will bring the financing needs of the treasury to 82.4 MMDH against a forecast of 42.3 MMDH in the 2020 finance law.

He stressed, in this regard, that the government will take all necessary measures to lower the debt ratio, with a view to maintaining – in the medium term – indebtedness to the level before “Covid 19”, and this by controlling the budget deficit and accelerating the pace of growth through the support and accompaniment of the national economy, in particular the sectors most affected by this health crisis, noting that the expected recovery of the world economy would contribute also to accelerate the growth of the national economy.

With regard to the institutional reform, which concerns the Caisse Centrale de Garantie (CCG), the Minister explained that the bill relating to the transformation of the Caisse into a public limited company aims mainly to reform the legal framework which governs it, and allow it to be in line with public strategies and policies aimed at facilitating access to finance.

To achieve these objectives, he said, the reform of the CGC rests on several pillars, in particular the transformation of the legal status of the Public Institution Fund into a public limited company, as well as the strengthening and sustainability of financial security. of the warranty system. 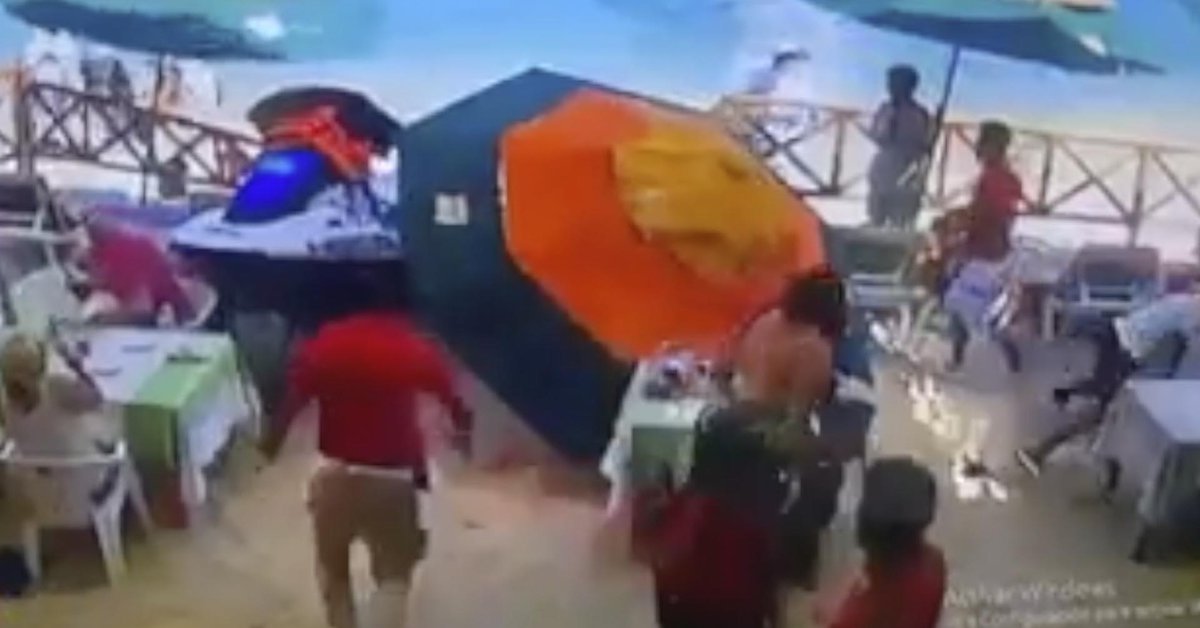 The terrible moment a jet ski ran over a street vendor... Number of corona patients in hospital ‘not essentially changed’ | ...