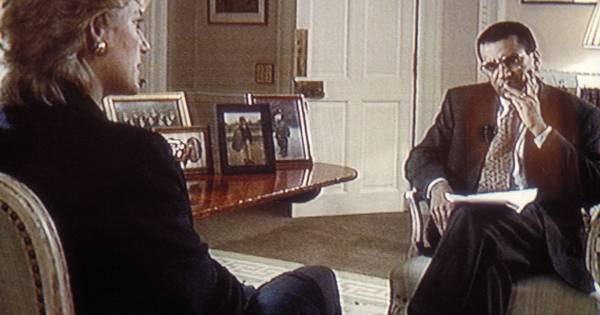 Martin Bashir, the BBC journalist who became world famous in 1995 for his high-profile interview with Princess Diana, has been hit by the corona virus. The 57-year-old Brit of Pakistani origin, according to the BBC, is “seriously ill” due to medical complications.

In 1995 Martin Bashir was allowed to interview Lady Di, the Princess of Wales, for the BBC program Panorama. Diana Spencer then talked about, among other things, her own affair and the cheating of her former husband, Prince Charles, with Camilla Parker-Bowles, who is now married to Charles and today holds the title of Duchess of Cornwall. From that broadcast – still one of the most watched programs ever on the BBC – comes Diana’s famous quote: “There were three of us in this marriage, that was a bit busy”.

In 1999, Bashir also spoke to the five suspects in the 1993 racist murder of British eighteen-year-old Stephen Lawrence. But Bashir is best known for his controversial TV documentary ‘Living with Michael Jackson’ – first broadcast in 2003 on ITV – for which he interviewed the ‘King of Pop’ several times. Jackson turned out not to be very satisfied with the result. Bashir was widely criticized and blamed for sensationalism.

A year later, Bashir moved to the US, where he worked for ABC and MSNBC. He left MSNBC in 2013 after apologizing for calling former vice presidential candidate Sarah Palin “a world-class idiot.”

In 2016 – 30 years after he started there – Martin Bashir returned to work at the BBC as a specialist in religious subjects. In his younger years Bashir studied theology, among other things.

Last year in October, he was still in celebrity ‘X Factor’.

A 6.3 magnitude earthquake strikes the border area between Chile and Argentina

Wearing a mouth mask is mandatory from December 1