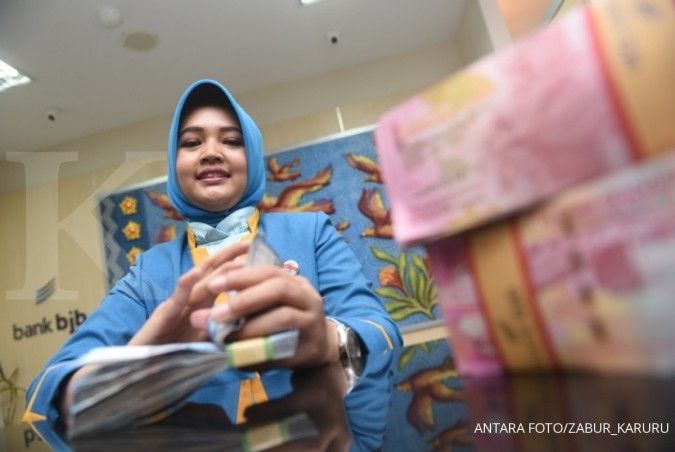 ILLUSTRATION. An employee counts customer money at the Surabaya branch of bank bjb on the sidelines of the inauguration of the building, Surabaya, East Java, Tuesday (17/4). BETWEEN PHOTOS / Zabur Karuru / foc / 18.

KONTAN.CO.ID – JAKARTA. PT Bank Pembangunan Daerah Jawa Barat and Banten Tbk (Bank BJB) held the 2020 Annual General Meeting of Shareholders (AGMS) at the Grand Ballroom of Trans Luxury Hotel Bandung, Tuesday (6/4). The AGMS approved the Annual Report of the Board of Directors including the ratification of the Company’s Financial Statements and the Report on the Implementation of Supervisory Duties of the Board of Commissioners for the 2020 Financial Year.

With this agenda, the AGMS also provides a release or release of full responsibility (acquit et decharge) to the members of the Board of Directors and the Board of Commissioners for the management and supervision actions that have been implemented throughout the Book Year 2020.

The AGMS was attended by 33 Provincial / Regency / City Heads of West Java and Banten or their proxies and public shareholders. An agreement was also made on the determination of the use of a portion of the Company’s net profit for dividend payments, which amounted to Rp 941.97 billion or Rp 95.74 per share.

This figure is equivalent to 56% of the net profit successfully booked by Bank BJB in the 2020 Financial Year, which is IDR 1.7 trillion.

Read Also:  JCI fell nearly 5%, one hour before the close of trading session I, Thursday (10/9)

The AGMS has also granted power and authority to Bank BJB while still paying attention to laws and regulations and good governance practices to regulate the procedures for dividend payments in 2020.