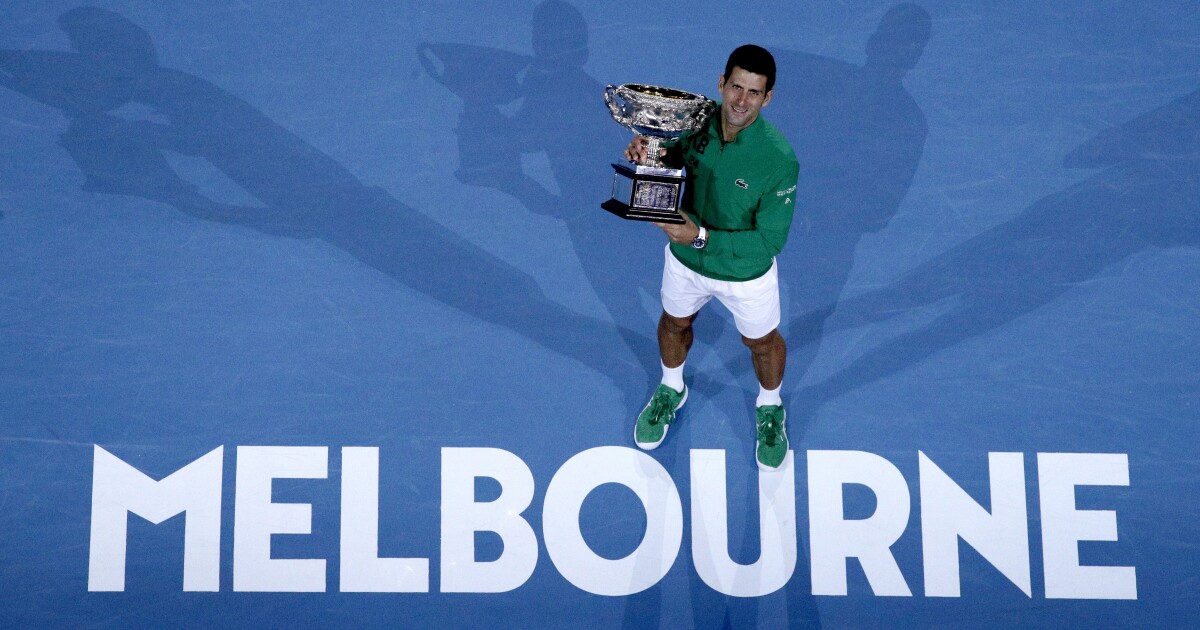 Almost 12,000 kilometers away from Melbourne, the Australian Open qualifying tournament was completed. After getting their ticket, 16 men and the same number of women will join the rest of the participants in the first Grand Slam tournament of the year, which begins on February 8.

This is a three-week delay from the original start date for the contest at Melbourne Park, due to the quarantine protocols that were established for the COVID-19 pandemic. Qualifiers join the group of tennis players that will begin arriving this Thursday on 15 chartered flights to start the 14-day quarantine.

Due to restrictions for anyone traveling to Australia, the women’s qualifying tournament was held in Dubai, United Arab Emirates, and the men’s in Doha, Qatar.

Among the women who advanced are the two-time Australian Open and Roland Garros doubles champions: the Hungarian Timea Babos and the British French Jones, who has a rare genetic condition.

Jones suffers from ectrodactyly-ectodermal dysplacia, which means he was born with three fingers and a thumb on each hand, three fingers on one foot, and four on the other.

Six women and the same number of men, including Bolivian Hugo Dellien, will arrive in Australia as possible replacements. They will undergo mandatory quarantine like the rest of the international players hoping to get a place in the main draw in case of withdrawals or injuries.

There are 104 direct tickets based on the men’s and women’s ranks to the main draw, plus guests and tennis players advancing from the qualifying phase.

The COVID-19 protocols for the Australian Open require all players to submit a negative test before boarding their flights to the country, in addition to further testing their carry and isolating themselves before receiving their results.

None of the 15 flights may be at more than 25% capacity. All will arrive in a 36 hour period ending on Saturday.

Once they test negative, players will be able to train in a restricted and supervised environment for five hours a day. Players and teams will be tested daily in quarantine.

The tournament draw will be announced on February 4, four days before the activity begins, which ends on February 21 with the men’s final.

Novak Djokovic, Rafael Nadal and Serena Williams are among the players who will participate in an exhibition tournament in Adelaide on January 29. The rest of the preparatory tournaments will be in Melbourne.

Revealed, the Galaxy S21 will have a homemade facial recognition sensor: Okezone techno

How to move buildings in Animal Crossing: New Horizons

Lunacek denies that she has “withdrawn” into the room