At the nuclear power plant in Fukushima found a leak of radioactive water: Incidents: World: Lenta.ru 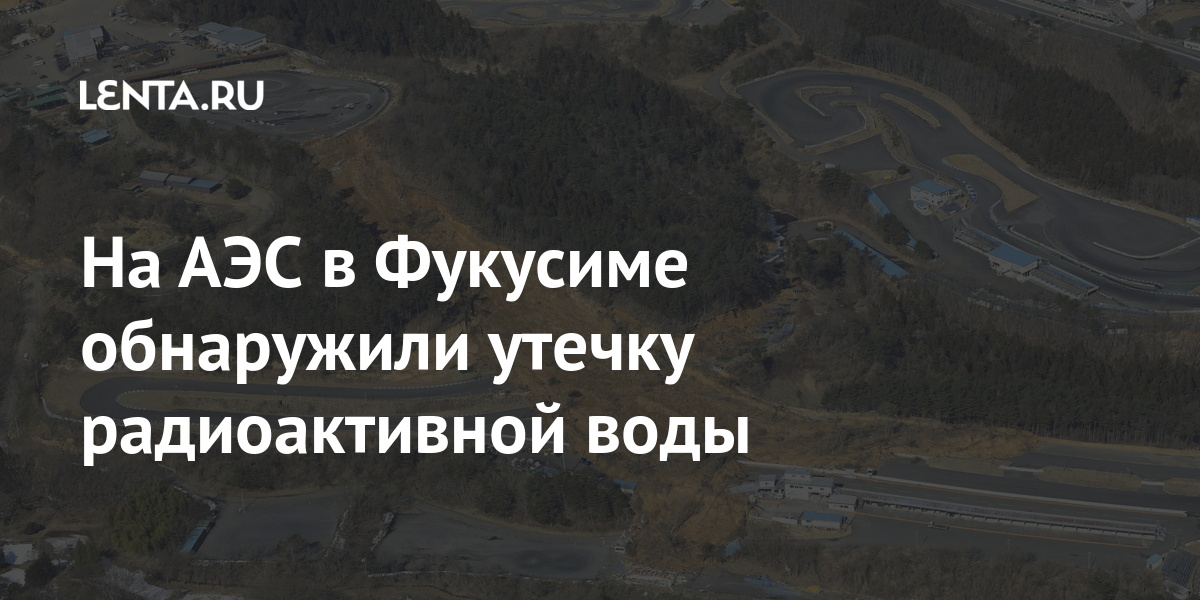 A radioactive water leak was discovered at the Fukushima nuclear power plant. It is reported by RIA Novosti citing a press release from TEPCO (Tokyo Electric Power Company).

TEPCO specialists found out that due to the earthquake in northeast Japan, a small amount of water poured out of the pools for storing spent nuclear fuel at various units of the Fukushima-1 and Fukushima-2 nuclear power plants.

Representatives of the company said that about 160 milliliters of water were spilled at the first power unit of the Fukushima-2 nuclear power plant, and another 1.4 liters spilled from another pool. They assured that this incident should not affect the cooling of the spent fuel. Local media also reported that about 600 milliliters of water spilled out at the fifth power unit of the emergency nuclear power plant “Fukushima-1”, and 1.6 liters of liquid at the sixth. Another 600 milliliters were missing in the common pool for the two power units.

It is noted that the spilled water does not pose a threat to the environment, since its volumes are too small, and the content of radioactive substances in it is insignificant.

Earlier it was reported that in northeast Japan happened powerful earthquake. The magnitude of the earthquake was 7.1, the epicenter was recorded in the area of ​​Fukushima prefecture. The number of victims of the disaster exceeded 100 people.